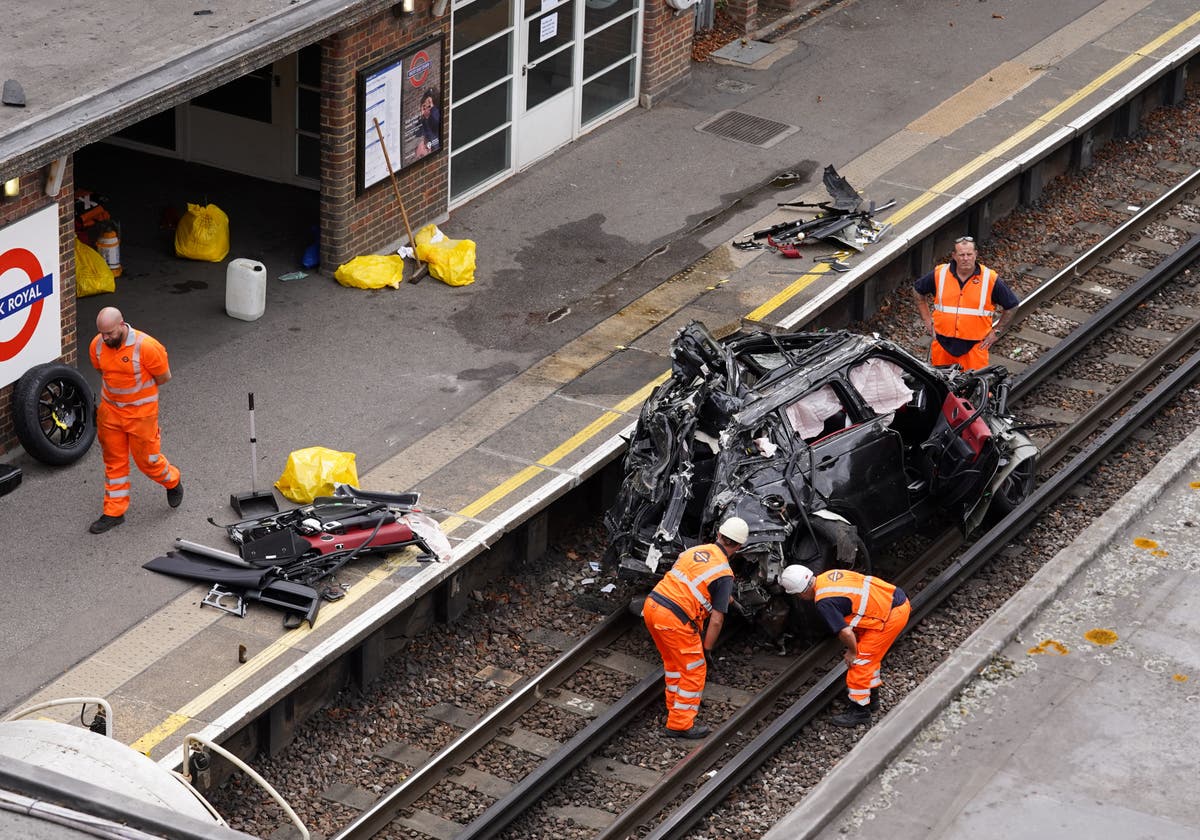 man has been charged with death by dangerous driving after a woman died in a collision on the A40 in west London – which saw a car end up on the Piccadilly line Tube tracks.

Rida Kazem was also charged with causing serious injury by dangerous driving and failing to provide a sample of blood. He has been bailed to appear in court in January.

Yagmur Ozden, 33, died at the scene of the crash in the early hours of August 22 at Park Royal Underground station.

The high-impact crash between a Tesla and a Range Rover saw the latter car end up crumpled on Tube tracks.

The Metropolitan Police completed a large scale response to the incident, in which a crane was needed to pick cars up.

Kazem, 23, of Costons Avenue, Greenford, has been bailed to appear at Uxbridge Magistrates’ Court on January 10.

An inquest opened in August into Ms Ozden’s death heard she had lived in Finchley and was born in Baghdad, Iraq.

She worked as a beautician in London, the hearing, adjourned to a later date, was told.

The Met said her family have been informed of the charge and continue to be supported by officers.

A 26-year-old woman was also taken to hospital following the crash with non-life-threatening injuries.