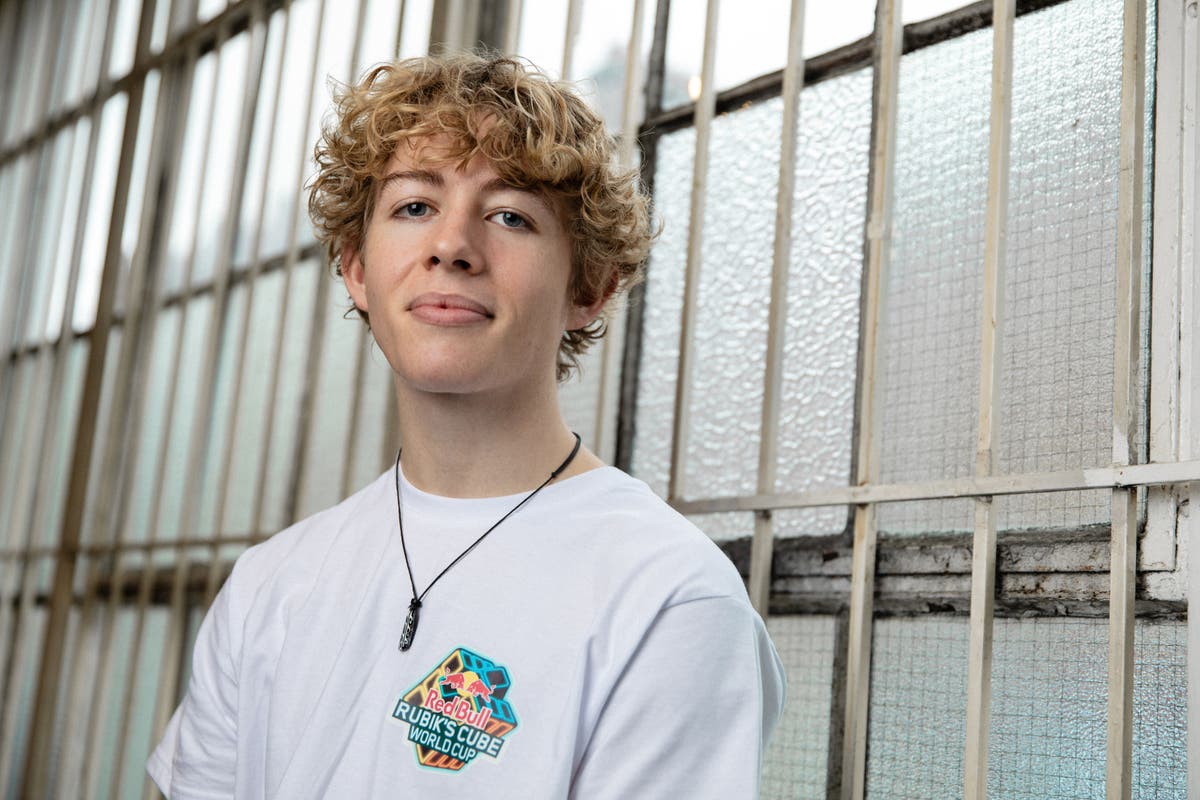 George Scholey, 19, is a UK record holder when it comes to unscrambling the 3D combination puzzle.

He’s so good he competes in competitions as a “speedcuber”, the name given to the sport of solving the Rubik’s Cube at lightning speed.

George, who lives in Peckham, is a current UK reigning champion and can master a two-by-two scramble in under 1.5 seconds.

He will go head-to-head against the world’s top speedcubers, with two other UK finalists, Chris Mills and Adam Black, among them.

The competition consists of a number of heats, including mixed ‘speedcubing’, fastest one-handed solve, and the ‘re-scramble’ event, where competitors are given a solved Cube and need to match the pattern on a randomly scrambled one, out of 43 quintillion possible combinations.

Challengers will battle in knockout rounds that will see one crowned the winner, with an undisclosed cash prize up for grabs and the potential to land lucrative sponsorship deals.

George first picked up a Rubik’s Cube when he was around 13 years old, and decided to try and solve it, taking him four days.

He said: “I thought, I may as well learn how to solve it and then when I did I was like, ‘wow I want to get really good at this.’”

After hours and hours of practice, sometimes doing up to six hours per day equating to thousands of solves, George saw his speed improve vastly and decided to enter his first competition.

Although he didn’t make the final, after completing a solve in 19 seconds, he was taken by “just how amazing it was to be surrounded by people who are like-minded”.

Part of the appeal, he says, is the community to which he now has “a massive group of friends, all thanks to the Rubik’s Cube”.

George also believes his hobby can give people a huge confidence boost and teach them skills which can “set you up for later on in life”.

He told The Standard: “I’ve watched people, just turn from a really socially awkward timid young person to a social butterfly, and the taste of success, in terms of them getting faster is amazing to see.

“In terms of spatial awareness, cognitive skills, diligence, I think it’s really important for building that up as well.”

Lockdowns could have played a part in boosting its popularity among young people, with George saying how amazed he was to see how many new speedcubers had turned up to his first competition since the pandemic started.

“They were very fast considering they’d just started. It was pretty crazy to see that progression from people.”

The Red Bull Rubik’s Cube World Cup is taking place virtually due to the pandemic, and will see finalists competing from all over the world thanks to a Bluetooth adapted Rubik’s Cube will can track each move the players make.

The Rubik’s Cube was invented in 1974 by Hungarian Erno Rubik in Budapest, Hungary, and it has since go on to become a much-loved game by children and adults all over the world.

To find out more about this year’s event, visit www.redbull.com/gb-en/event-series/rubiks-world-cup