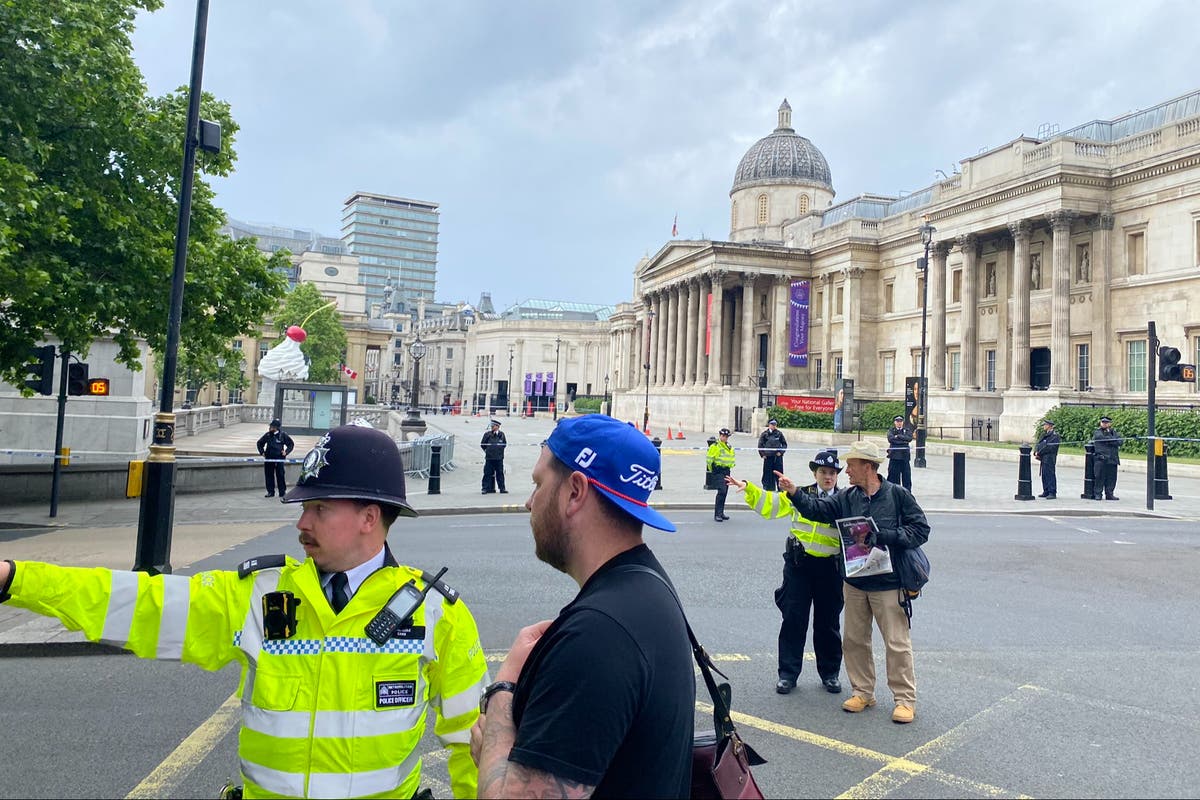 Pictures later showed a vehicle being removed from the scene although the Met said it was not terrorism-related.

Witnesses on social media said they were removed from the square amdi reports of a “loud bang”.

A large number of police officers were pictured at the scene while a cordon was also enforced.

The ambulance service said: “We are aware of this police incident but we haven’t been called.”

Later, the Met said the incident had been resolved, with a spokesman adding: “Police attended a report from a member of the public at 09:22hrs of a suspicious vehicle in Trafalgar Square.

“This was investigated and after police took action we have no further concern. This was not terrorism-related.”

Pictured: Man, 21, stabbed to death as he went to get milk with girlfriend