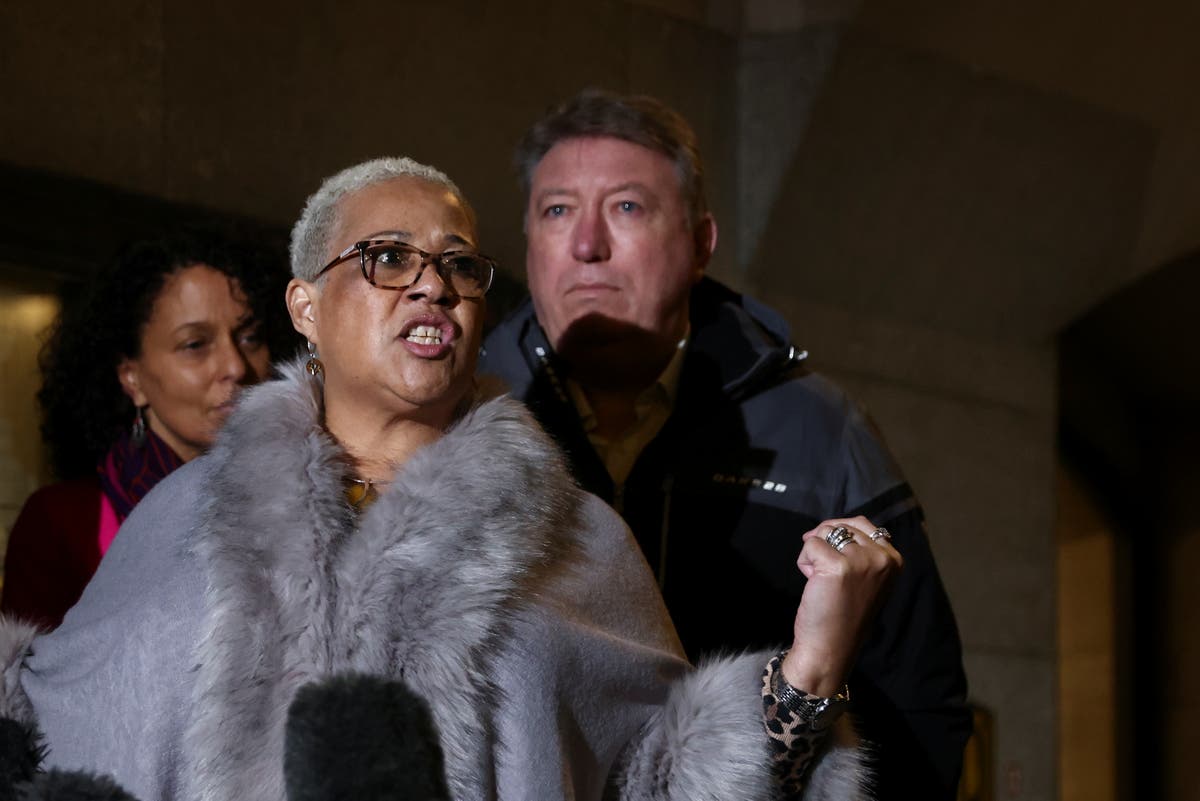 he mother of two murdered sisters whose dead bodies were photographed and shared by police officers said her family had been “to hell and back again”.

Instead, the officers took photographs of the bodies which were then shared with colleagues and friends on WhatsApp.

She told reporters: “We’ve been to hell and back again.

“So, we have not even dared to dream what it’s going to feel like not having this hanging over your head.”

On whether the case represented an ending, she said: “No, there is more work to be done. The most important thing, because of the sentencing we are part of the change that’s going to come in the culture of the police force.

“Most of our police force are amazing and do an amazing job, but there is an element that has taken over the culture of how they banter.”

The two men described the victims as “dead birds” on WhatsApp groups and Ms Smallman said: “It does matter the language they used, it’s an example of misogyny in its worst possible form. These police felt so secure in the way they behaved as they could do that as their subject. Awful.”

She rejected the officers’ expressions of remorse, saying: “I bet they are sorry and tortured that they tortured their family.

“I bet they get stick everywhere. That’s not the same as feeling shame.

“They are more sorry that they got caught than what they did. They got caught with their hands in the cookie jar and now they are sorry.

“I feel sorry for their family, I know it’s not going to easy for them but it has not been easy for us.

“This additional pain and suffering that we have gone through could have been avoided. It is heinous.

“I hope this sends a signal to the Met and all other police forces, and gives strength to those who are being abused and hearing language they detest to speak up and people will listen.”

Jaffer, 47, of Hornchurch, east London, and Lewis, 33, from Colchester, Essex, pleaded guilty to misconduct in a public office.

On Monday, Judge Mark Lucraft QC rejected an appeal for the officers to be spared custody.

Jaffer sent an inexperienced female colleague photographs of the bodies as they lay intertwined in the bushes and went on to show images to two other officers, including a female probationary officer he was mentoring, who was “shocked” and “disgusted”.

Lewis showed an image from the crime scene to another female officer on his phone but she could not see it clearly, the court heard.

Lewis was dismissed from the Metropolitan Police immediately and Jaffer would have been sacked too, had he not already quit the force.

The court heard the officers’ behaviour allowed Hussein to put forward the false defence had incriminating DNA evidence could have been contaminated.