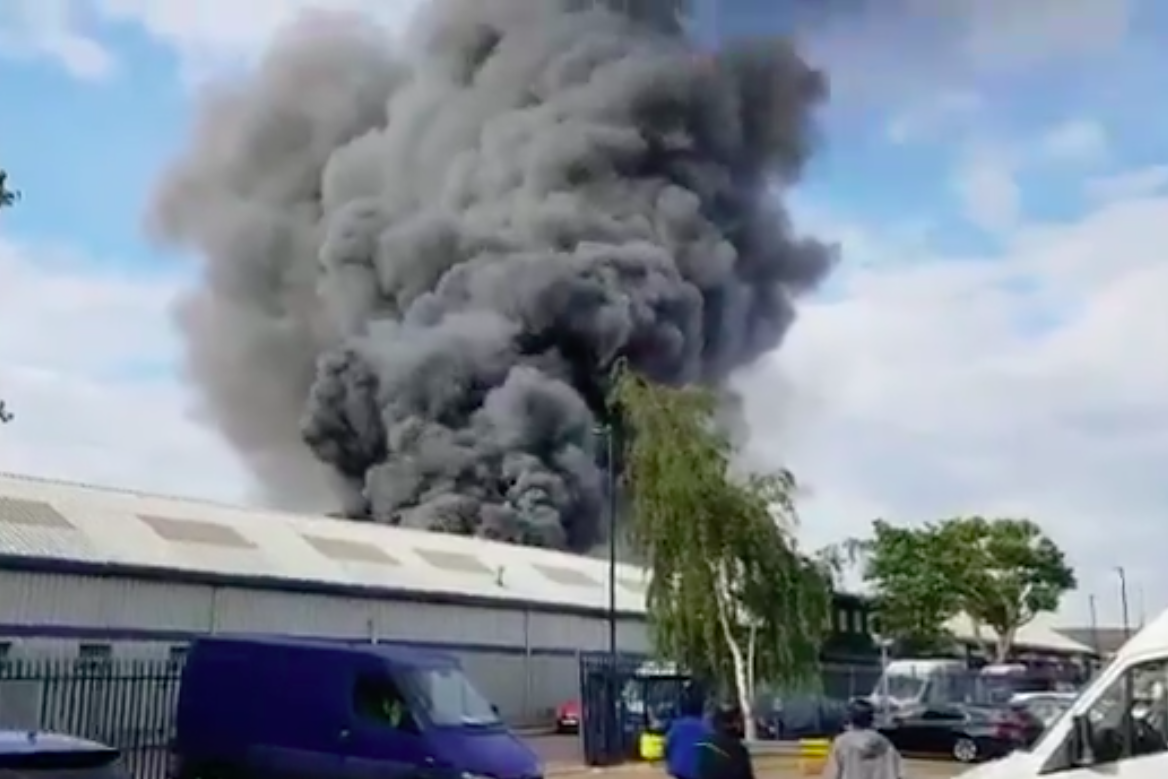 Around 80 firefighters battled a huge blaze at a bakery and flats in Park Royal through the night.

Dramatic footage showed huge plumes of smoke billowing into the sky over the area as witnesses rushed away from the scene.

Crews were first called to the blaze shortly before 6.30pm but would remain overnight as they work to bring it under control, LFB said.

“The Park Royal bakery fire is still producing a lot of smoke which can be smelt in the air across north west and central London,” the service wrote on Twitter.

“If affected please keep doors and windows closed. We’ll be at the fire throughout the night.”

A spokesperson for the London Fire Brigade said: “15 fire engines & around 80 firefighters are tackling a fire in a shop with flats above on Minerva Road in ParkRoyal. Please avoid the area”

The London Fire Brigade tweeted that they received over fifty 999 calls due to the incident.

The London Fire Brigade tweeted: “We’ve taken over fifty 999 calls to the blaze in #ParkRoyal.

“There is a lot of thick black smoke so please close your doors & windows if you are nearby.

“We will update everyone on the latest via this Twitter feed.” 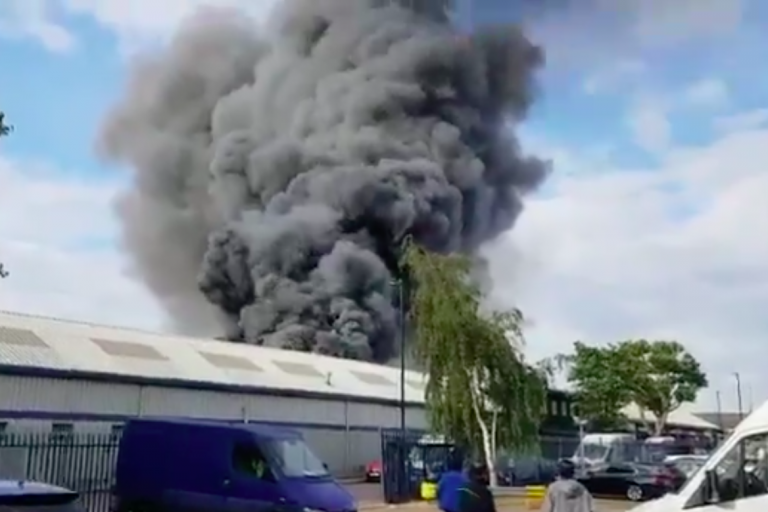 London’s back with a splash in pools, pubs and shops as lockdown ends