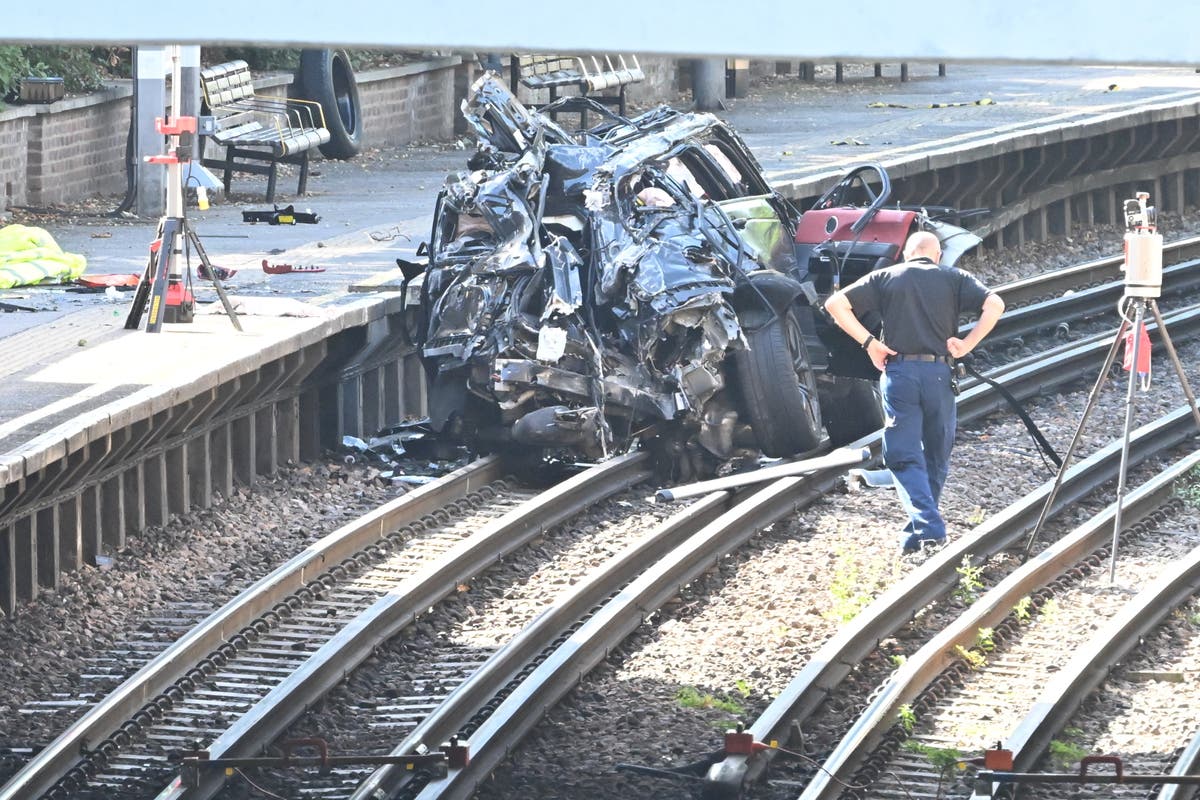 woman in her 20s has died and three others have been injured after a horror crash between a Range Rover and a Tesla on the A40 in west London.

Emergency services were called to the crash near Park Royal Underground Station at 3.44am after reports that two cars, a Range Rover and a Tesla, had been involved in a collision and the Range Rover had left the road and gone onto the railway line.

Despite the efforts of emergency services, a woman inside the Range Rover died at the scene. She is in her 20s and was believed to be a passenger in the car, the Metropolitan Police said.

Two others inside the car were treated at the scene by paramedics before being taken to hospital.

Another woman, who is believed to have been in the stationary Tesla, was treated for injuries that have been assessed as non life-threatening.

The Piccadilly Line has been closed between Acton Town and Uxbridge following the crash. Part of the A40 is closed and cordons remain in place.

A resident at nearby Hanger Court told the Standard he awoke to the sounds and flashing lights of sirens in the early hours of Monday.

He said the incident was “very sad”.

Police said the road and Piccadilly Line were likely to remain closed for a “significant period of time”.

There is queuing traffic on the A40 between Wales Farm Road (Gypsy Corner) and Horn Lane (Gypsy Corner), according to AA traffic data. There is also congestion to Savoy Circus.

Weather: London to be hit by thunderstorms and heavy rain as heatwave nears end