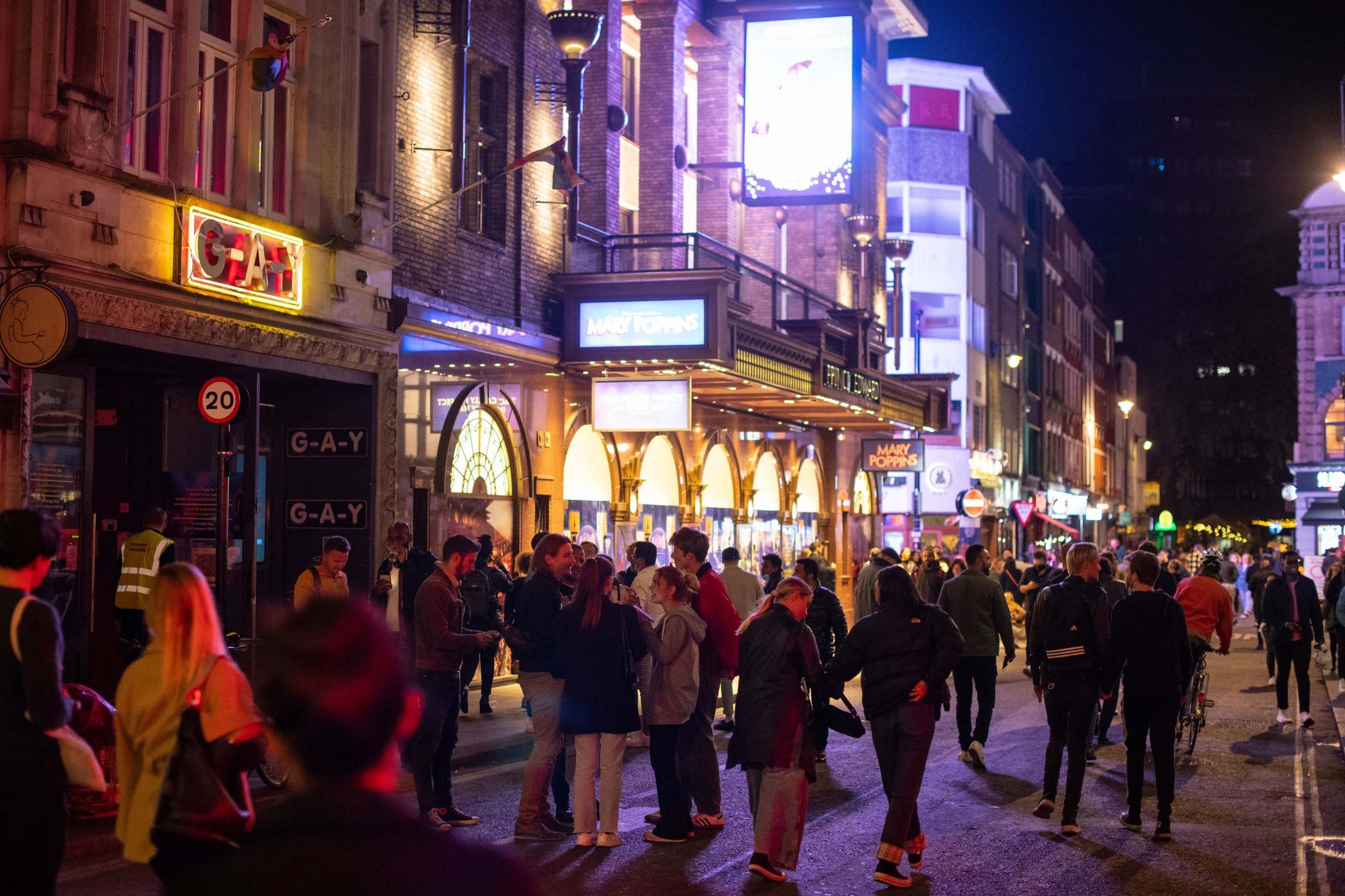 London residents once again appeared to get around the new 10pm curfew by moving parties from the pub to the street on Saturday night.

The blanket restriction, which kicked in on Thursday, is enforceable by law and pubs and restaurants can lose their licence for ignoring it.

Revellers gathered in Leicester Square – apparently with little social distancing – late on Saturday to keep the festivities going, to the dismay of many onlookers.

In one video, a group of revellers were seen dancing and singing along as a man played a drum kit outside in the square.

One viewer said that the young people in the video think they are “untouchable”.

“This age group have been told and are still being told that it won’t affect them…..until one of their family members becomes ill, or worse this will continue,” he added.

Elsewhere, some people said Liverpool city centre was the busiest they’d seen it in months.

On seeing the footage, one Twitter user said: “Town is an absolute disgrace, shame on anyone getting involved in those crowds.”

Another added: “What a stupid idea it was having a curfew, haven’t seen town this chocker in months.”

Liverpool Echo reporter Emilia Bona shared photos of a queue of people trying to get onto a crowded bus, while others appeared to be buying drinks in an off-licence.

“In town for chucking out time and this is the situation,” Ms Bona said. “Two buses full before we even got near them and queues out the offy next to the stop. This isn’t working.”

Merseyside Police said in response to the footage that police had managed to disperse the “good-natured” crowds by 10.30pm.

Superintendent Chris Gibson said in a statement: : “We are aware of a video circulating of Liverpool City Centre, which shows crowds gathering near to Hanover Street at around 10pm last night, Saturday 26 September.

“I’d like to give some context to the images, as they do not reflect the overall behaviour of people in Liverpool this weekend. This was a spontaneous gathering around a local street performer, and dispersed within minutes, under the close monitoring of officers and via CCTV.

“The city centre was virtually empty at around 10.30pm and no serious incidents were reported. Although naturally there will be a surge of people leaving premises at 10pm, everyone we spoke to was good-natured and we’d like to thank those people for moving on swiftly.”

He added that police had issued fines for house parties over the weekend, and urged people to continue keeping to coronavirus restrictions amid rising case numbers.

It came after similar scenes across the country on Thursday and Friday evening.

There was an “impromptu party” around Oxford Circus in central London on Friday night, with footage posted on social media showing huge crowds dancing and bumping into each other as loud music blared, with seemingly no social distancing in sight.

A spokesperson for Merseyside Police said on Friday: “Merseyside Police is reminding local residents to stay safe and follow new Covid-19 guidance, ahead of the first weekend in Merseyside under the latest new regional and national restrictions.”

Under the new regulations certain businesses like restaurants and pubs must close between 10pm and 5am and must operate table service only.

Some had warned of the 10pm cut-off becoming a pinch point for crowds to assemble, with similarly busy scenes pictured in Soho on Thursday night. Wales has allowed drinkers a 20 minute window to finish up after 10pm to stagger leaving times.

Professor Graham Medley, an expert on the Government’s scientific advisory committee (Sage), claimed he had “never heard” of the curfew being discussed during the panel’s meetings.

Another Sage member, Professor John Edmunds, said the 10pm curfew was “fairly trivial” and said that “it will have a very small impact on the epidemic.”

Meanwhile an authority on pubs, bars and restaurants in Manchester hit out at the “shambolic” curfew.

The city’s night-time economy adviser Sacha Lord tweeted: “It’s very clear, across the UK, that this ill thought out 10pm curfew, has pushed everyone out of venues with socially distanced measures, into the streets, into off licenses, supermarkets, over crowded public transport and house parties.

“Every operator predicted this. Shambolic. 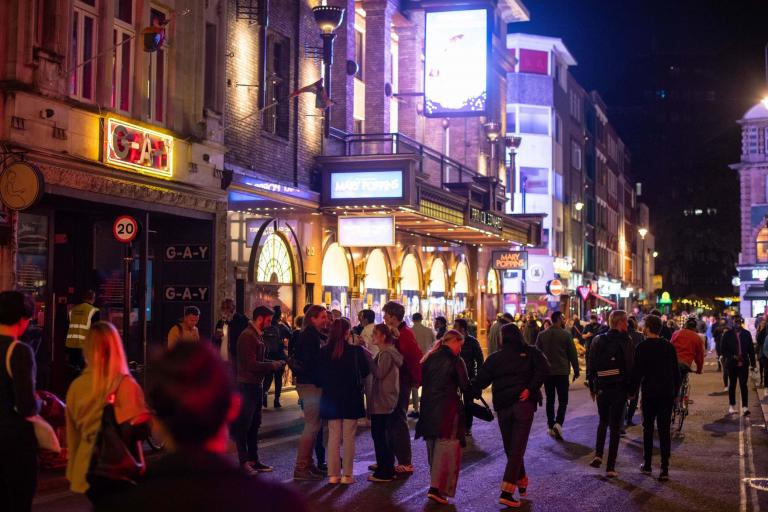