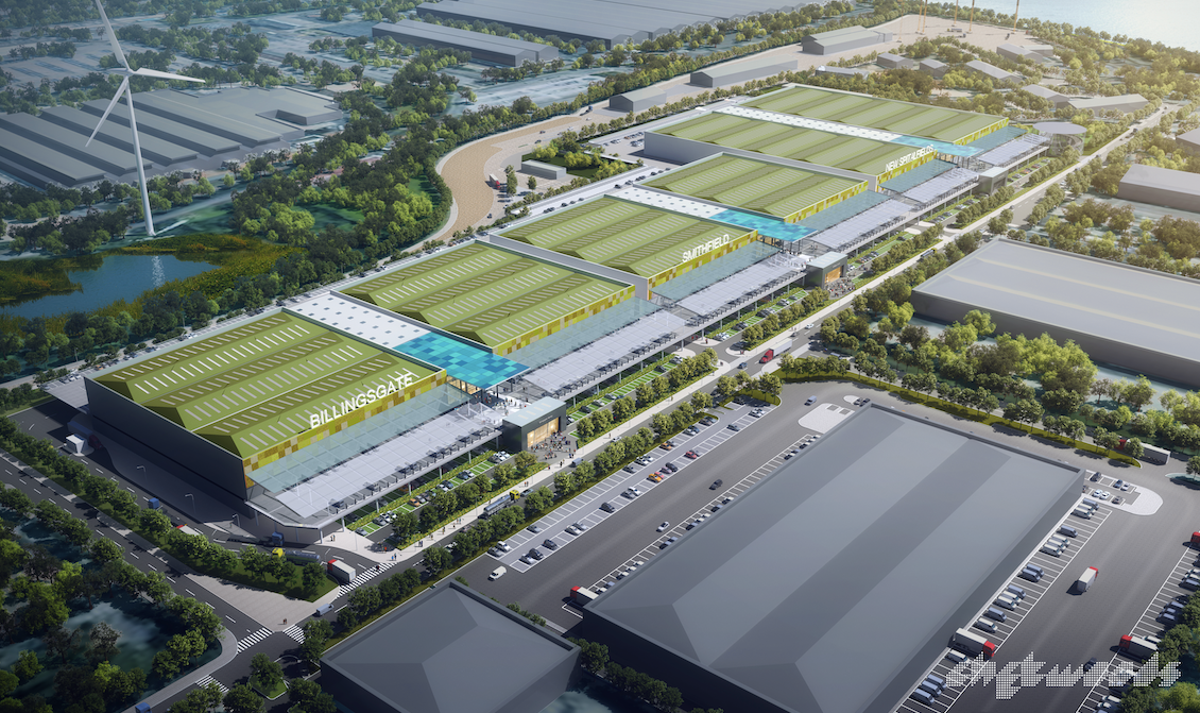 The Corporation said it is exploring plans to use the Thames to transport produce to and from the new markets.

Barking and Dagenham’s planning committee also heard that £1.75million would be earmarked to create a “hub” of independent restaurants in Barking Town Centre, which will be stocked with fresh produce straight from the wholesalers.

Council leader Darren Rodwell said: “This is yet more great news for the borough. The move will bring jobs as well as new training opportunities as part of our plans to establish a food school locally.

“Along with the plans we announced last week for a second film studio, confirming our status as London’s Hollywood, this confirms our commitment to securing the recovery in the local economy.

“I am particularly pleased with the intention to use the River Thames to move freight to and from the markets.”

The Corporation paid around £100 million for the Dagenham Dock area in late 2018. The site, which will be the largest wholesale market in Britain, is due to open in 2027.

Developers said the proposal will free up more central London areas for housing developments in Leyton and Poplar.

Smithfield, which is the UK’s largest meat market and more than 800 years old, is the most controversial move.

The Farringdon site is being considered as a cultural centre with the new Museum of London to be built alongside.

But in a preliminary consultation in 2019 four out of five traders said they were against being uprooted.

Planning documents submitted by the Corporation claim that “the current facilities and trading environments at the three markets are outdated and unsustainable”.

Traders and residents had also raised concerns about traffic and the impact on local transport services in Dagenham.

The committee heard the plans would come with improvement works to the Goresbrook Interchange as well as £2million for developments to the A13.

Cllr Rodwell added: “The move of these iconic markets to our borough will bring in hundreds of millions to the local economy and more jobs and educational opportunities for local people including a new food school which will develop the master chefs of the future.”