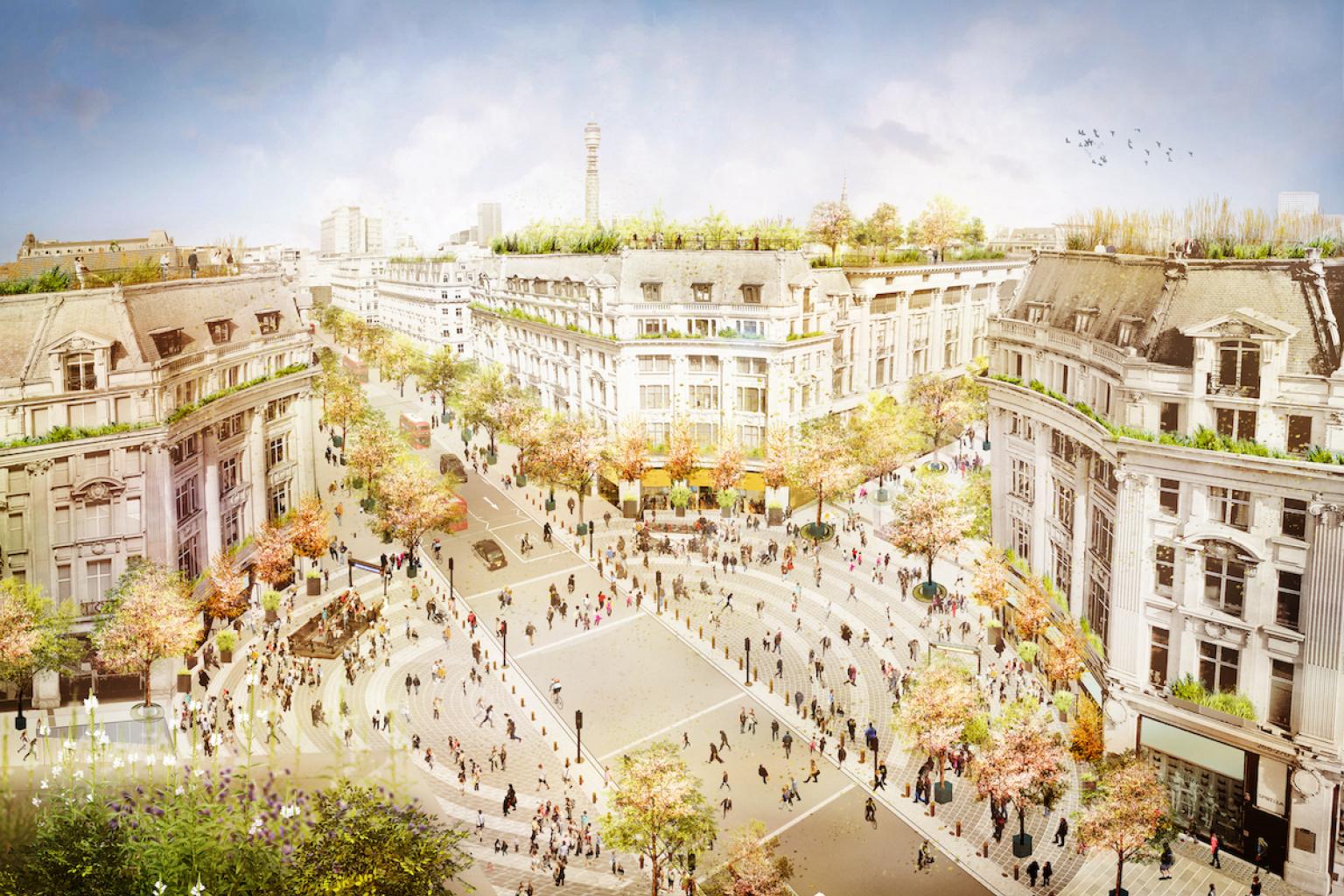 We’ve been hearing about the plans to pedestrianise Oxford Street for, on and off, the best part of six years. Essentially, plans have been revealed, then changed, the axed, then reimagined, then… you get the gist. But now, it seems like Oxford Street will not receive any pedestrianisation treatment as things stand.

Back in 2017, news broke that parts of the shopping district would become car free by Christmas the following year in a bid to reduce car traffic and, therefore, pollution.

Then, it was revealed that these plans were unlikely to go ahead because of objections taken by Westminster council about Sadiq Khan and TfL’s plan to pedestrianise the western part of the street.

The council then proposed some plans of their own, which were revealed just last year, and the £150m transformation sounded pretty spectacular. Oxford Street would have a new pair of pedestrian ‘piazzas’, which would only allow traffic to flow down Regent Street, as opposed to from four different directions in the current layout. Or… so we thought.

It has now emerged that these plans have been formally axed. One of the reasons cited for this decision is linked to, *sigh*, that Marble Arch Mound fiasco. Work was halted on these plans last year due with officials wishing to take a more cautious approach to spending.

Geoff Barraclough, cabinet member for planning and economic development in Westminster council has, however, called for a change to Oxford Street, calling for a shake-up to the “mix” of businesses in the area.

“Everybody agrees that Oxford Street should be the nation’s premier shopping street,” he said. “It’s 1.8km long, the centre of the biggest city in Europe and it’s not right. We know that the mix of commercial needs to change. There isn’t really demand for 1.8km of retail. We need a mixture of leisure, of hospitality, and cultural uses … I’m very keen to support that.”

So who knows, Oxford Street could eventually see some change with the new Labour administration in the borough, but, for now, it appears the pedestrianisation plans have been shelved.

The Night Overground Will Resume Service Next Month, TfL Confirms