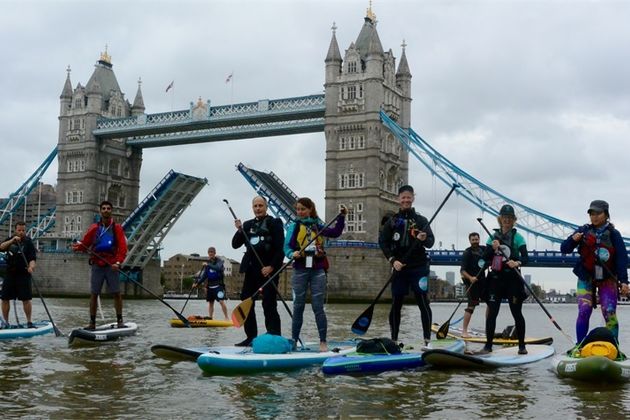 Stand Up Paddleboarding (SUP) company Active 360 have collaborated with the Plastic Oceans Foundation and Brunel University London to create the Plastic Oceans Festival which launched earlier this year, aiming to raise awareness of the damaging effects plastic pollution is having on the Thames, and to increase understanding that this is part of a global issue.

Central to the festival are screenings of the film A Plastic Ocean, addressing issues of plastic pollution. Join for a special screening of the film in collaboration with Barnes Film Festival.

Join us together with the Barnes Film Festival for SUP Paddle and Pick from Brentford Arches at 1:30pm for a 2:00pm start, heading down to Barnes towpath; opportunities for clean-ups around the drill dock by Lonsdale Rd until 4:00pm.

Be the first to comment on "Plastic Ocean Festival"