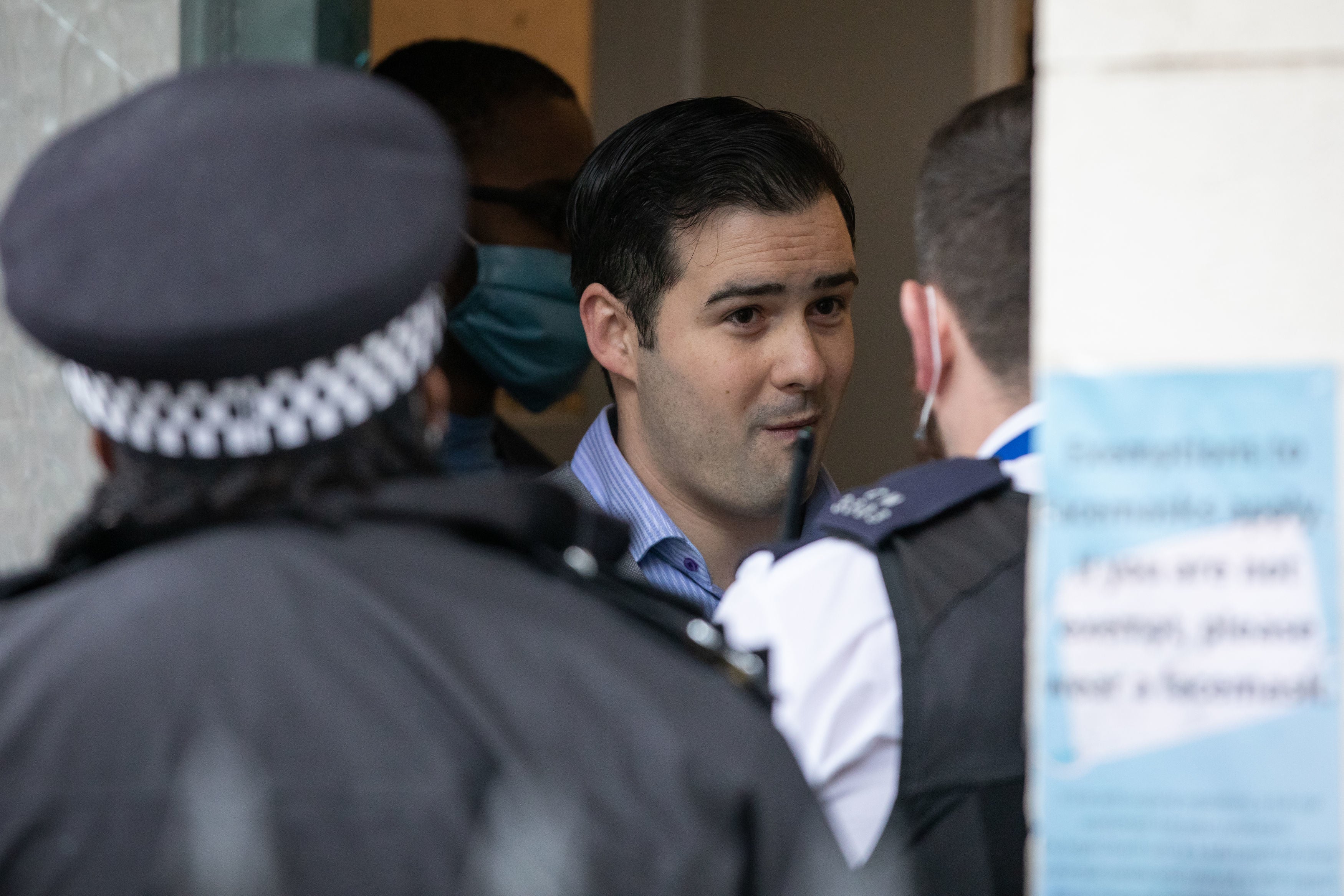 olice have broken up a baptism in north London which saw some 30 worshippers gather in breach of lockdown rules.

The Angel Church’s lead pastor Regan King, 28, said he wanted to hold the baptism in defiance of the coronavirus restrictions because he “served a greater good”.

After police learnt of the Sunday service, four officers stood at the entrance to the Mount Zion Hall building in Clerkenwell to stop people from entering.

Setting the scene, Mr King said: “We were told not to have a baptism and police began to block people from entering the church, so we decided to make other arrangements.

“There were 20 people here initially and it built up to about 30.”

Referring to the police presence, he said: “This is not something I ever wanted.

“This is an essential service that we provide. It’s about loving our neighbour, and you can talk with a number of people here who are extremely vulnerable, homeless or on the verge of being very isolated.”

Police allowed 15 people to remain inside the church, while another 15 took part in a socially distanced outdoor service nearby.

A 22-year-old man from Lambeth, who took part in the outdoor service but did not want to be named, said: “While the restrictions allow people to go to the supermarket to get food, I think there needs to be consideration for spiritual food as well.”

He said that during the outdoor service, worshippers prayed for the “police, press and the people who wanted to shut down the meeting”.

A Metropolitan Police spokesman said officers spoke with the pastor following reports he intended to hold a “baptism and an in-person service”.

The spokesman said: “Officers explained that due to Covid-19, restrictions are in place preventing gatherings and that financial penalties can be applied if they are breached.

“After a discussion, the pastor agreed to hold a brief socially distanced outdoor gathering in the church courtyard.”