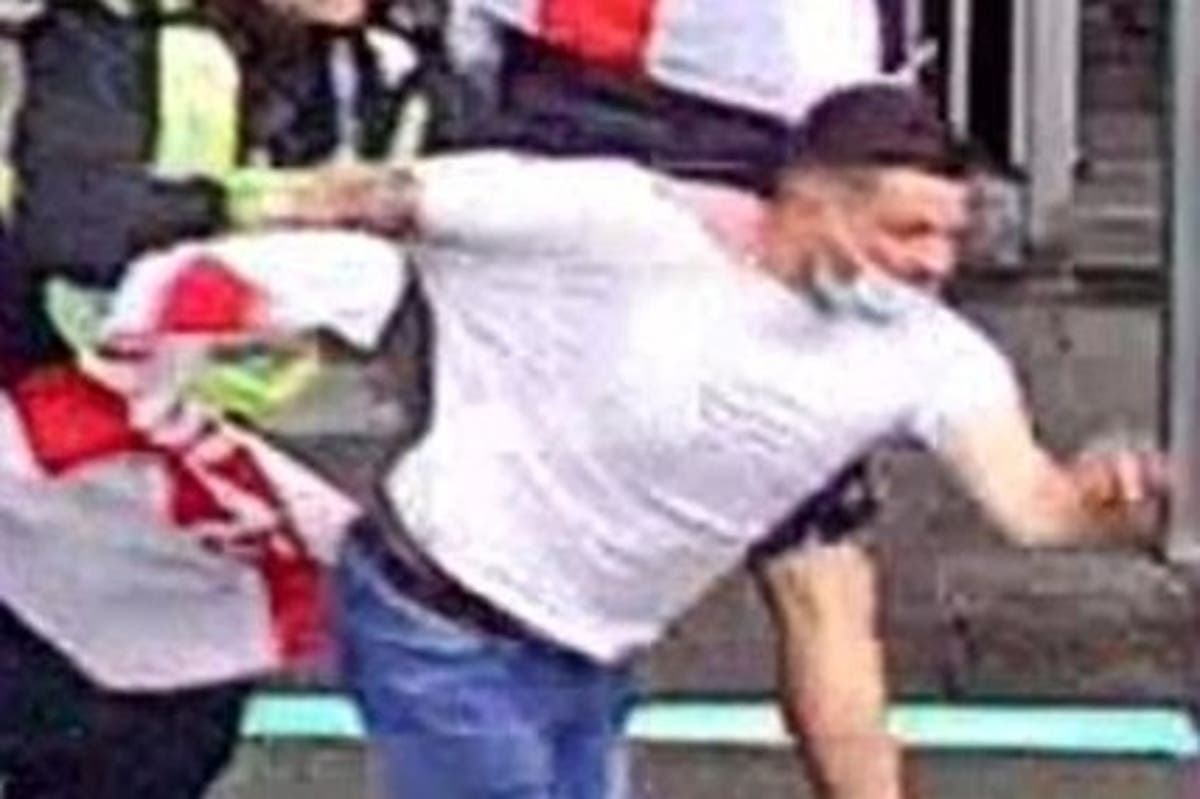 olice are hunting four men in connection with disorder after England fans stormed Wembley stadium to get into the Euro 2020 final.

Following chaos at Wembley and in central London on the day of the final, the Met launched an investigation to identify those responsible.

Three of the fans are wanted in connection with assaults on emergency workers as fans fought to get inside to witness the match.

The fourth man is wanted in connection with an assault on a member of the public as bottles were thrown and fighting broke out in Trafalgar Square.

Across the tournament, there were more than 130 arrests for charges including public order offences, ABH, drunk and disorderly and criminal damage.

The Met Police has said it regrets being unable to prevent “unacceptable scenes of disorder” as fans stormed Wembley Stadium for the Euro 2020 final.

It comes after an independent review led by Baroness Casey into the violence on July 11 concluded there were a series of crowd “near misses” which “could have led to significant injuries or even death”.

In what Baroness Casey described as “a source of national shame”, around 2,000 people without tickets managed to get into the stadium as England took on Italy.

Anyone who can help officers identify the men are asked to call 101 quoting CAD 3224/23Sep. You can also tweet @MetCC.

To remain anonymous contact the independent charity Crimestoppers on 0800 555 111.

Pictured: Man, 21, stabbed to death as he went to get milk with girlfriend