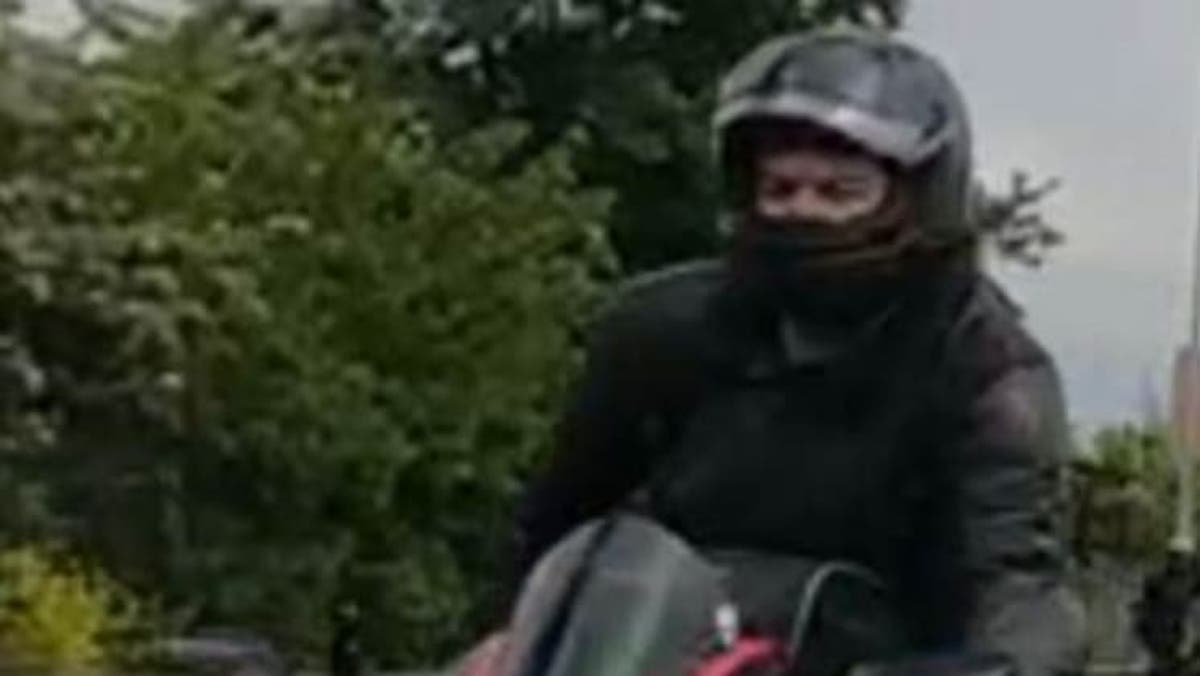 olice have issued a picture of a biker who may have witnessed a collision which left a motorcyclist dead a year ago.

Officers released the image of the rider who could have vital dashcam footage of the incident.

Goncalo Jose Pereira Leandro, 25, was pronounced dead at the scene of the collision on the North Circular at around 11.43am on May 30 last year.

Detective Sergeant Nush Puvitharan, of the Met’s Serious Collision Investigation Unit, said: “On the anniversary of this collision that claimed a young man’s life, we have issued an image of a man we would like to speak with, and possibly obtain dash cam footage from.

“The man pictured was part of a group of motorcyclists on the A406 at the time of the collision. Not only was he perfectly placed to witness the collision, he also appears to have a dash cam.

“I would like to be very clear that he is a potential witness and is not wanted in connection with any offences.

“His account of the incident and/or the footage would be of great value to our investigation and could bring some clarity and peace to the family of the man who sadly died.

“We are aware that there were a number of videos posted on social media, but we have been unable to source any footage that shows the moment of impact.”

A group of around 150 motorcyclists had gathered at a meeting point on the A40. The group moved onto the carriageway in unison and at Drury Way, on the North Circular near Wembley, two of the motorcycles collided.

The London Ambulance Service (LAS) and London’s Air Ambulance were scrambled to the scene.

Despite the best efforts of emergency services Goncalo Jose Pereira Leandro, 25, was pronounced dead at the scene.

The second motorcyclist was taken to hospital where his condition was initially critical, but was later deemed not life threatening.

Detectives Sergeant Puvitharan, added: “We are not interested in any summary offences relating to the ‘ride-out’ that day.

“Our interest is purely in knowing, or seeing, how the collision happened and I urge the man shown in image, or anyone else who might have imagery or footage to please do the right thing and get in touch.”

A spokesperson for Goncalo’s family, said: “The Loss of Goncalo is still too hurtful to put into words.

“He was a loving and caring son pursuing his dreams and his passion for bikes.

“His death has had a profound impact on us, his friends and his colleagues. We urge anyone with footage to come forward.”

London Flash Floods: Specialist warns of real risk to life and “it will happen again”