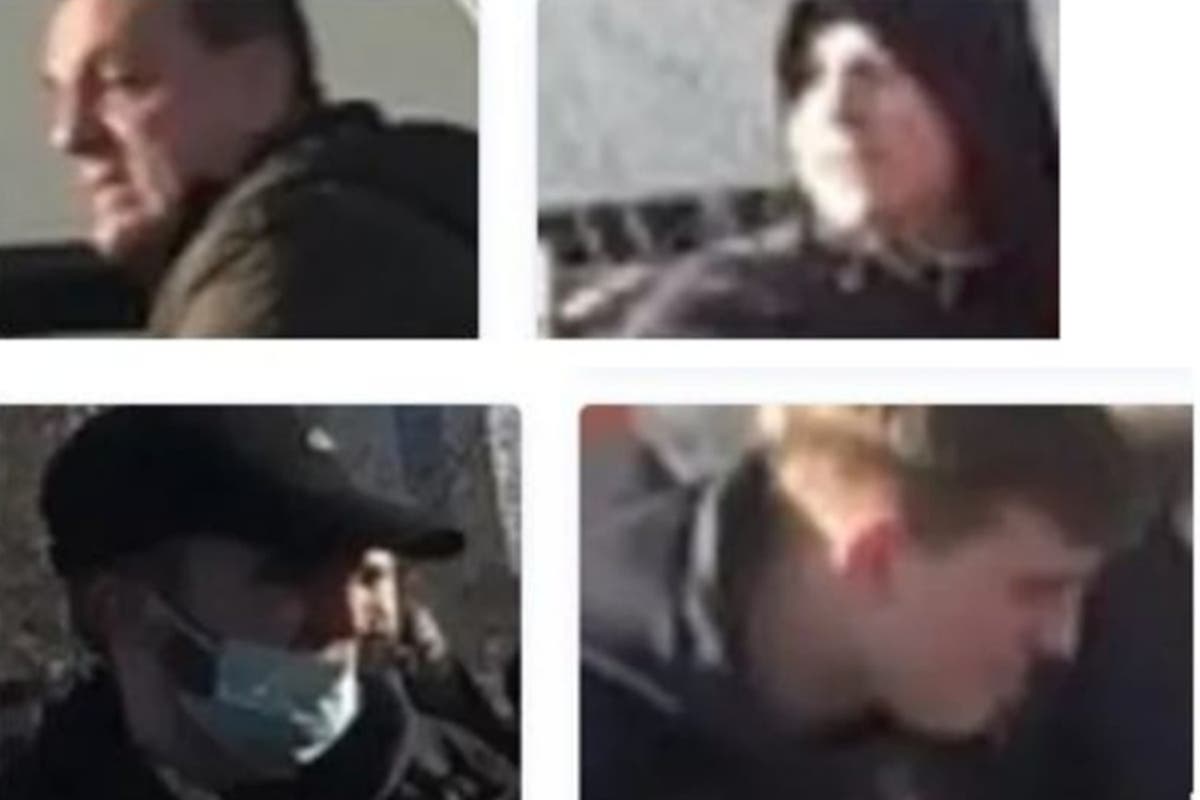 olice have released photos of four men they would like to speak to following clashes between fans that took place at an FA Cup football match.

Officers launched an investigation following disorder at the West Ham vs Leeds United match at the London Stadium in Stratford on Sunday, January 9.

Shocking footage shared on social media showed fans from opposing teams clashing with each other outside the stadium.

Detective Matt Simpson, from the Met’s Public Order Investigations Team, said: “Behaviour like this selfishly takes away the joy of watching a game of football from fans. It is not tolerated.

“We’re releasing images of a number of people whom we wish to identify in connection with the disorder.

“If you know who they are, please get in touch.”

Information can also be provided to Crimestoppers, anonymously, on 0800 555 111.