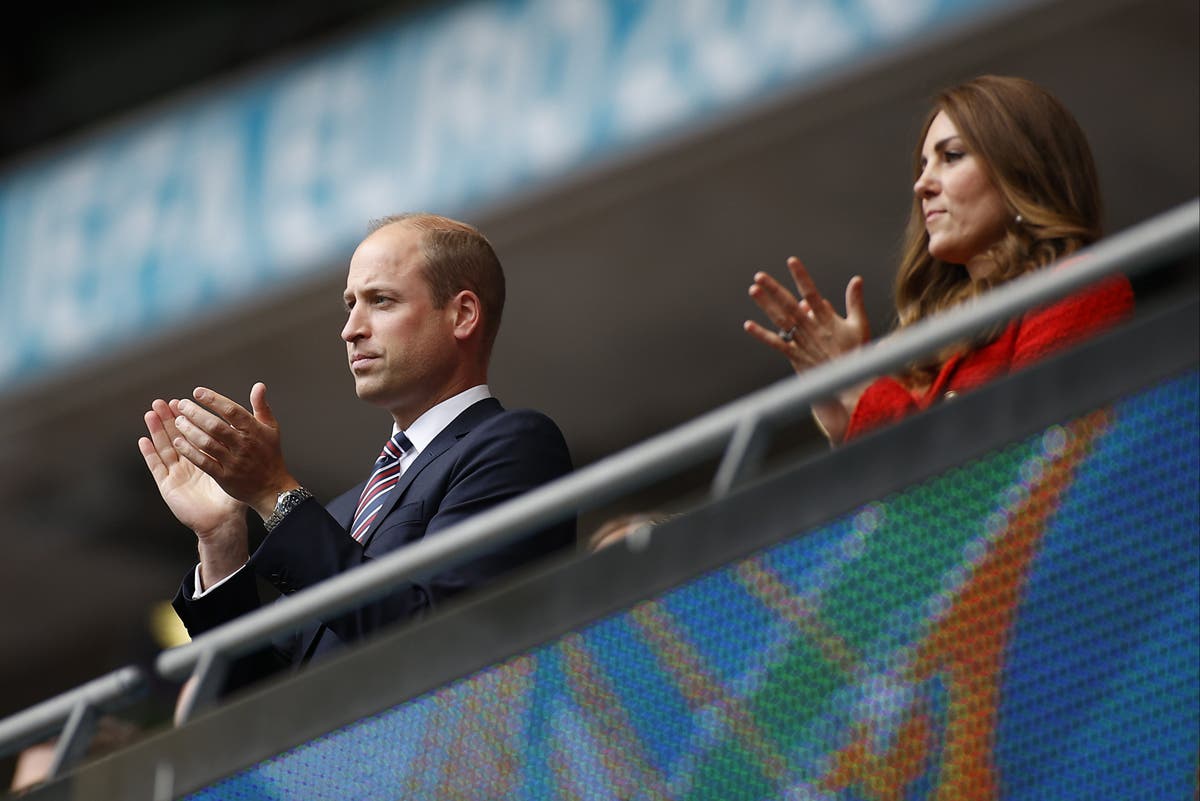 rince William and Kate Middleton joined the crowd of England fans in cheering on the Three Lions against Germany.

They were out in full force with thousands of England fans who descended on the the capital – many who were singing and brandishing flags ahead of Euro 2020 last-16 clash with Germany.

The Three Lions had prepared for the country’s biggest match on home soil since Euro 96, with more than 40,000 supporters heading to Wembley for the match including William and Kate.

On the ground at the football, the royal couple were seen cheering on England with a round of applause.

The animated duo were in high spirits as they couldn’t tear their eyes away from the game.

Also, the couple were joined by their son Prince George who gave England his backing.

Stars from all walks of the showbiz world were in attendance.

Celebrities Ed Sheeran and David Beckham also joined in on the fun as they watched the game alongside the royals.

Rapper Stormzy was watching the game among other England fans at BOXPARK Wembley.

Only last week Prince William threw his support behind England when the Three Lions triumphed against Czech Republic 1-0.

Around London, England shirts from the past and present were worn by everyone out and about.

Train and tube stations were busy and thousands of fans setting up camp outside of the ground from midday onwards unlike the comparatively tame Group D matches at Wembley.

Many were brandishing flags and downing pints in bars around the capital and not letting the driving rain dampen their spirits.

Ellie Goulding and husband CasparJopling were among supporters on their way to the 4TheFans fan zone outside Wembley Stadium.

There was a diplomatic move by Foreign Secretary Dominic Raab who shared a photograph of him exchanging football shirts with his German counterpart Heiko Maas.

Gareth Southgate’s team are looking to win just their second ever European Championship knockout game, five years on from the 2-1 humbling at the last-16 stage by minnows Iceland.

Germany have knocked England out of the 1970, 1990 and 2010 World Cup as well as the Euro 96 semi-finals, when he missed the crucial spot-kick in the shootout.