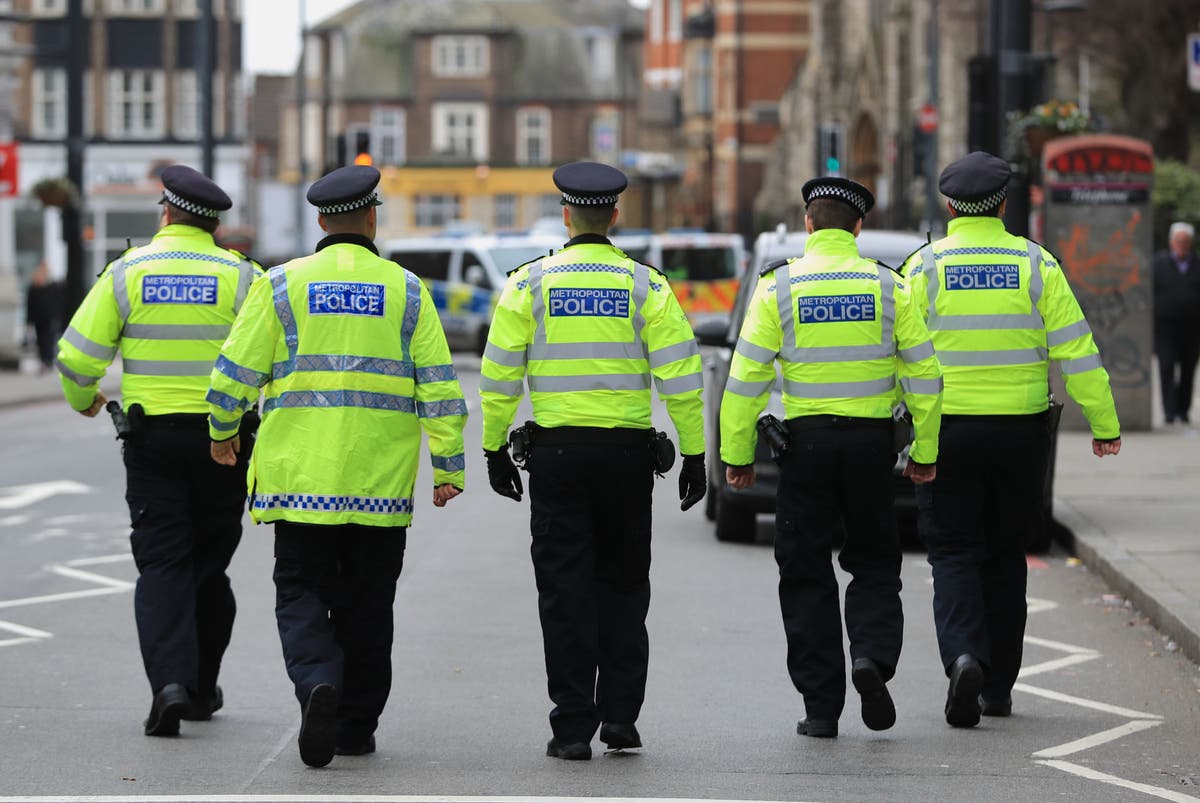 ace hate crimes against Asians in London soared by almost 180 per cent during the Covid-19 pandemic, according to research.

But for those from East and South East Asian backgrounds it increased by 179 per cent during the coronavirus crisis as racists coughed on, spat at and assaulted people from Chinese, Japanese, Filipino, Korean, Thai and Vietnamese heritage.

England’s black footballers Marcus Rashford, 23, Jadon Sancho, 21, and Bukayo Saka, then 19, were targeted after missing penalties during the Euro 2020 final at Wembley in June.

More than 600 racist comments were sent to the Three Lions players, with 207 judged to be criminal.

According to a YouGov survey quoted by Mr Khan, one in three people who previously did not think racism was a serious problem believe it is following the tournament.

He added children as young as 13 are being recruited by far-right groups.

Mr Khan announced an additional £400,000 for a grassroots fund to help communities counter extremism, hate crime and stop the radicalisation of vulnerable Londoners.

Mr Khan said: “Sadly, as we mark the 20th anniversary of the horrific 9/11 terrorist attacks, violent extremism remains one of the biggest threats facing many cities around the world, including London.

“Nothing is more important to me than keeping Londoners safe.

“This additional investment will ensure we can reach many thousands more.”

Mr Khan said this resulted in a rise in online disinformation and conspiracy theories used to promote hate and violence.

Projects run by the Shared Endeavour Fund have taken place in all 32 London boroughs aimed at right-wing extremism, racism, Islamophobia, anti-Semitism and misogyny.

The scheme includes activities such as community activism, sports and arts through to education workshops and guest speakers.

Nigel Bromage, managing director Exit UK – which helps people leave far-right groups, added: “As London now looks to come out of the pandemic and rebuild stronger, we must now do what we do best: come together in times of need and be there for each other no matter what our background.

“At the same time we know extremism and intolerance has not gone away and there are many who are intent on using the current situation, with all the uncertainties and conspiracy theories the pandemic brought, to sow division and hate within our communities.

“By working in partnership, we can defeat hate and intolerance and build a Britain we are all proud of.”

Singaporean law student Jonathan Mok was attacked on Oxford Street by a racist teenager who told him: “I don’t want your coronavirus in my country”.

Highbury Corner youth court heard Mr Mok had been targeted due to his Asian appearance.

He suffered a fractured nose and cheekbone, that required facial surgery, and was lucky not to lose sight in one eye.

Magistrates sentenced the boy to an 18-month youth rehabilitation order, including 24 hours of reparations and a ten-week curfew between 8pm and 7am.

The teenager must also pay £600 in compensation to Mr Mok over the next two-and-a-half years.

In February, university lecturer Peng Wang, 37, from China, was punched and kicked to the ground whilst out jogging in Southampton.

The father-of-one said he had seen racism against Asian people increase since former US president Donald Trump used of the phrase “the Chinese virus” to describe Covid-19.

In May, Bonnie Kwok, 43, headteacher of London Hackney Chinese Community School, told how pupils were subjected to racist abuse on their way to lessons.

South Korean cook Songsoo Kim, 33, also from London, said she suffered racial slurs. A customer asked if she had the right to work in the UK.

A 33-year-old woman from Borneo, named only a Vivian, had a bottle of Corona beer thrown at her as she walked her dog in an Edinburgh park in June last year.