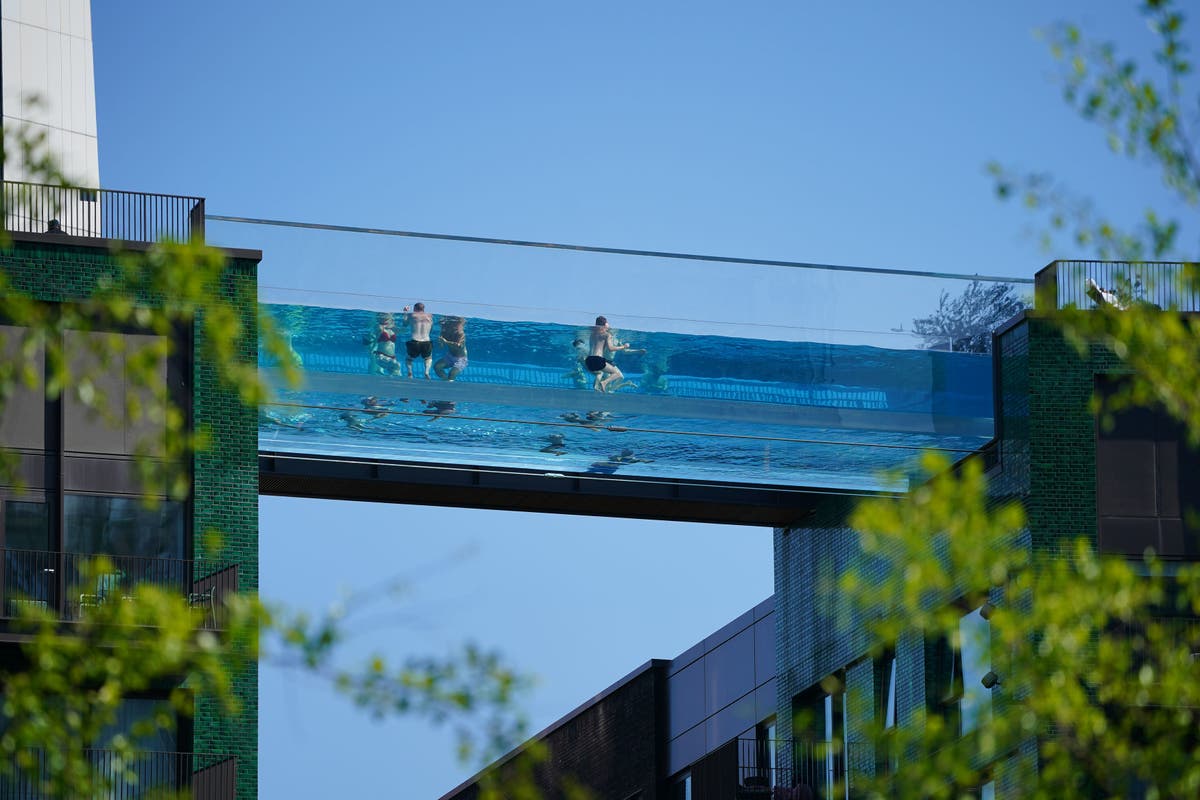 urious locals have called for the Sky Pool in south-west London to be shut over concerns that it is too cold to swim in – despite costing £450 a day to heat.

The transparent 82-ft facility at the Embassy Gardens development in Nine Elms allows residents to swim from one tower block to another 10 storeys above the ground.

Billed as the world’s first floating pool, Sky Pool is made of acrylic and offers bathers a clear view of the gardens 35m (115ft) below.

Some residents in the apartment complex, where flats cost up to £4.5million, say the luxury pool is not worth the expense.

One couple told The Sun: “It is too cold to be used at the moment so it seems mad that we’re still having to pay to heat it.

Another resident added: “We’re livid. The outside temperature has obviously dropped, but the Sky Pool is still open to residents and currently uncovered. We’re basically heating the sky.”

Others claim that the water in the pool is so cold that they can only stay in it for a few minutes before getting out.

“The water was barely warm enough to stay in the water for more than 5-10 minutes, even at the far end where the warm water jets are,” a recent post on an Embassy Gardens residents’ Facebook group said.

“Not that I’d normally rush to swim in an outdoor pool 13 floors up in the winter… but it’s been billed as a year-round facility that we’re paying to be open and staffed by two people.”

A spokesperson for Ballymore said: “The Sky Pool is a world-class leisure facility unlike any other swimming pool in London, providing an unrivalled experience for Embassy Garden residents and their guests throughout the year.

“We know from residents how popular the pool is even during colder periods. The pool is used by residents every day and has been used 90 times in the last seven days alone.”

“Embassy Gardens provides residents with a range of luxury amenities, while keeping service charges markedly lower than at comparable developments elsewhere in the Nine Elms area.”

“The Sky Pool is kept at a constant temperature of 30 degrees Celsius which is the standard for leisure pools.”