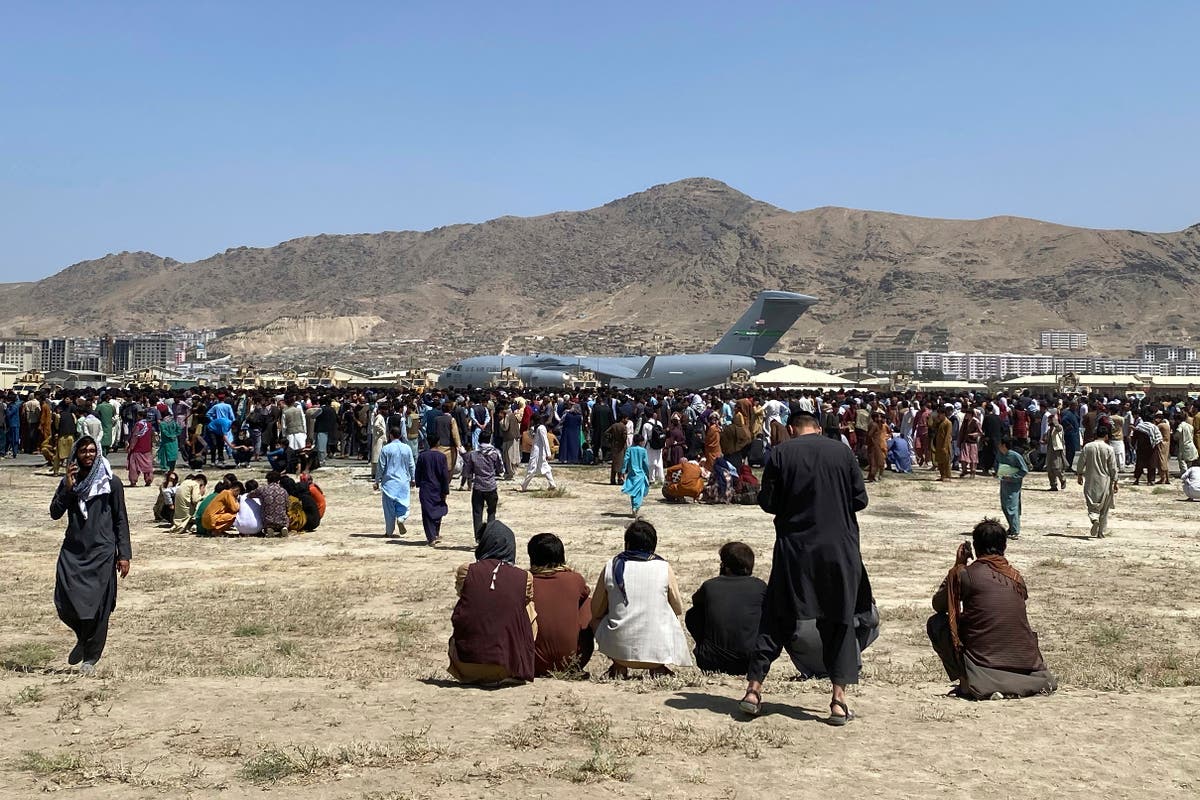 Thousands of people have attempted to leave the country since the Taliban took control of the capital city, Kabul, on August 15.

In chaotic scenes following the seizure of Kabul, hundreds of civilians were seen storming the city airport’s runway and clinging to aircraft as they attempted to flee Taliban rule.

While the UK Government has committed to resettling 20,000 refugees over the long term, London Mayor Sadiq Khan has said “immediate action is needed” to help those at risk of persecution.

In a statement, Mr Khan said: “The unfolding situation in Afghanistan is a tragedy and it is utterly heartbreaking to witness.

“We must do all we can to support the Afghan people during this terrible time and I welcome the Prime Minister’s commitment this morning to resettle up to 20,000 Afghans.

“Our city has a proud history of providing refuge to those seeking sanctuary and we again stand ready to help. I urge Ministers to now step forward and give boroughs the financial support they need to resettle Afghan families and help them to establish a long-term future in our open and welcoming city.”

As reported by the Local Democracy Reporting Service, council leaders from across London have joined the calls for action and have offered to support the effort to resettle Afghans in the capital.

Council leaders in Hammersmith and Fulham, Newham and Brent are among those who have pledged to support the resettlement effort.

But the Mayor of London has warned that boroughs are “facing barriers” to providing housing for refugees in a letter to Housing Secretary Robert Jenrick, in which he called for further support.

The UK is expected to welcome up to 5,000 Afghan refugees within the first year which Home Secretary Priti Patel has said is a “deliverable target”.

Following criticism that the Government was acting too slowly to support Afghans fleeing violence, the Home Secretary said in a media interview on Wednesday morning the UK “cannot accommodate 20,000 people in one go”.

Ms Patel told Sky News: “We have to ensure we have the support structures throughout the United Kingdom. We will be working with local councils throughout the country, the devolved governments as well.

“We are working quickly on this. We cannot accommodate 20,000 people all in one go. Currently we are bringing back almost 1,000 people a day. This is an enormous effort. We can’t do this on our own. We have to work together.”