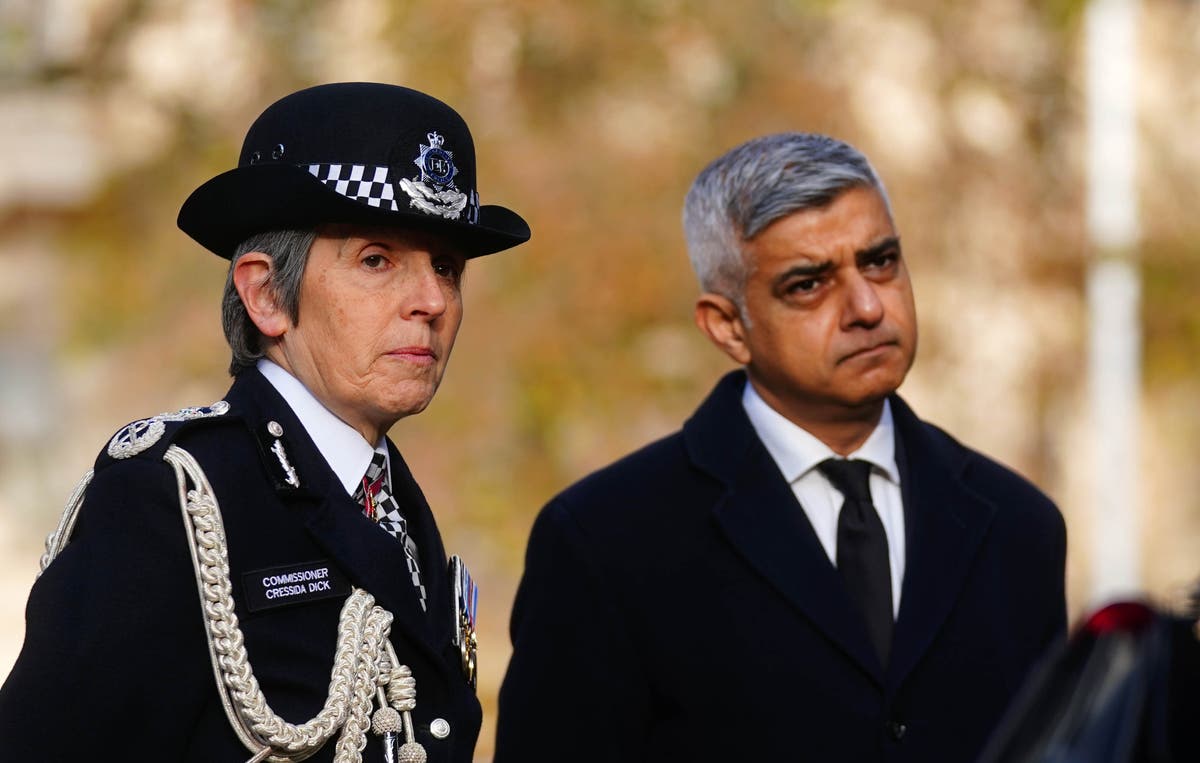 he Mayor of London has thanked the outgoing Metropolitan Police commissioner on her final day in the job.

Dame Cressida Dick quit after London mayor Sadiq Khan criticised her handling of racist, misogynist and homophobic messages shared by a group of officers based at Charing Cross police station and after a series of other scandals which have plagued the Met during her time in post.

Her resignation was met with dismay by staff and came just hours after she said in an interview that she had no intention of quitting.

On Friday she warned that a “politicisation of policing” was damaging the entire justice system in a thinly-veiled swipe at Mr Khan before leaving office.

In a statement on Sunday Mr Khan commended Dame Cressida for her work in helping to bring down violent crime in London.

“I would like to thank Dame Cressida Dick again for almost four decades of dedicated public service, with the vast majority spent at the Met, where she was the first woman to become Commissioner,” he said.

“In particular, I commend her for the recent work in helping us to bring down violent crime in London.”

Mr Khan added that he won’t support the appointment of a new commissioner who “doesn’t understand or acknowledge the scale of the challenge facing policing”.

“I’m now working with the Home Secretary on the recruitment of a new Commissioner,” he said.

“I’ve been clear that I won’t support the appointment of anyone who doesn’t understand and acknowledge the scale of the challenge facing policing.

“Regaining the trust and confidence of London’s communities is crucial to policing by consent and making our city safer.”

Dame Cressida will now take unused annual leave, with her final day of employment being April 24.

On Friday she warned against the “politicisation of policing”, in a “letter to London” in the Standard saying this is “a threat not just to policing but to trust in the whole criminal justice system”.

Dame Cressida wrote: “The current politicisation of policing is a threat not just to policing but to trust in the whole criminal justice system.

“Operational independence from local and central government is crucial for an effective democracy and is a model respected around the world. We must all treasure and protect it.”

She leaves as more than 34,000 officers are employed at the Met, the highest in history according to the force which is almost 200 years old.

The Mayor has previously said that this could take up to five months.

Chris Kaba: Firearms officers did not threaten to walk out after shooting, says Met Commissioner