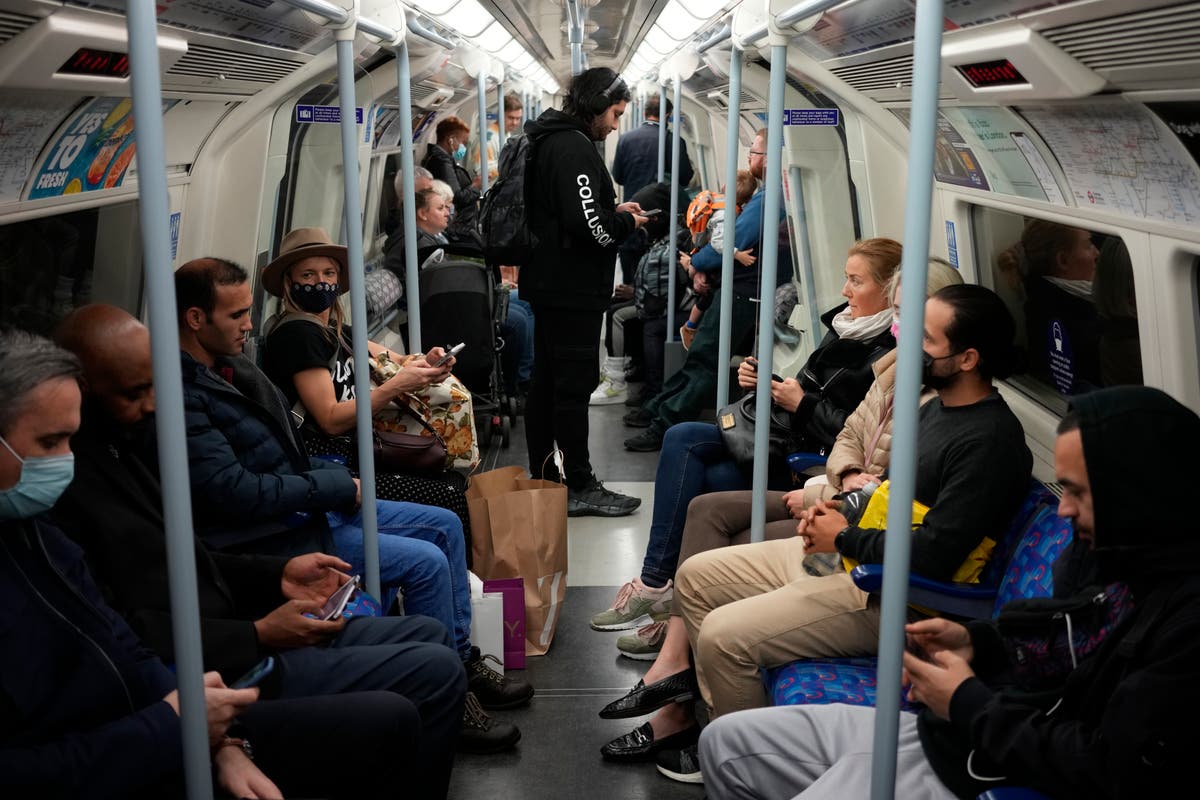 nightmare scenario of huge cuts to Tube and bus services and an end to all new cycle schemes was outlined on Wednesday evening by Sadiq Khan.

All proposed cycle schemes other than those already under construction would be axed.

Key roads such as the Rotherhithe tunnel, the A40 Westway and the A12 Gallows Corner flyover would also be at risk of closure because of a lack of cash for repairs.

This is because Transport for London has discovered a £1.3bn funding gap and will have to introduce a strategy of “managed decline” unless the Government guarantees cash to maintain the capital’s transport network beyond April 2023, the Mayor said.

A TfL source said cuts would have to be made “quite quickly” without funding guarantees. “We have less than 30 days to save the London recovery,” a source said.

The effect would be to “drag London back to the 1970s and 80s” – an era of an ageing, infrequent and unreliable transport network.

TfL is already required to break even by April 2023 in terms of its day-to-day income and expenditure, with fares having to match running costs.

But it needs £1.3bn in capital funding from 2023/24 to pay for longer term upkeep of its assets, from Tube stations and trains to main roads and bridges.

TfL was not awarded any capital funds in last month’s Budget and transport bosses say it now needs to prepare for a scenario where government funding comes to a halt.

The potential impact was laid bare in papers published on Wednesday night in advance of a meeting of TFL’s finance committee next week.

TfL’s current six-month operational bailout is due to end on December 11, with the organisation seeking £500m for the remainder of the current financial year and £1.2bn for 2022/23 to keep services at the same level.

Dire warnings are commonplace in the run-up to negotiations being finalised but the concerns about the lack of funding for capital projects being expressed on Wednesday is said to be of a different magnitude.

The rising cost of inflation – which hit 4.2 per cent today – is also a worry in terms of how it affects TFL’s supply chain.

Reducing the cost of bus services will take time as routes are typically negotiated for periods of around five years.

The currently unfunded Piccadilly line signalling upgrade will also have to be ditched and a halt placed on further step-free schemes at Tube stations.

Mr Khan said: “Transport for London is dealing with an unprecedented financial crisis caused by the pandemic.

“We are now less than a month away from TfL’s emergency funding deal expiring on December 11.  Unless the Government provides the long-term funding needed to maintain our public transport network, there will be no choice but to make significant cuts to services just as demand is growing again.

“This would mean fewer, less frequent and more run-down bus and tube services for Londoners, making it more difficult to travel around the city.  It would also mean more road and tunnel closures due to a lack of funding to maintain key transport infrastructure.

“The widespread disruption and gridlock all these changes would cause would not only unfairly punish millions of Londoners for the impact of the pandemic on TfL’s finances, but would put the national economic recovery at risk.”

Andy Byford, London’s Transport Commissioner said: “There is no UK recovery from the pandemic without a London recovery and there is no London recovery without a properly funded transport network in the capital. During the pandemic our staff have worked tirelessly to keep services running and demand for public transport in London continues to recover and grow, with demand now regularly hitting 70 per cent of pre-pandemic levels.

“The Government is investing in better transport around the country, which we welcome, and TfL is ready to help the Government address challenges beyond the capital. But a failure to provide stability and certainty for TfL means that we are now on the brink of entering a period of the managed decline of transport in London.

“I know first-hand the damage that underinvestment can wreak on a city’s transport system as I had to wrestle with outdated signalling systems, worn out infrastructure and inadequate capacity while serving as President of New York City Transit.

“I have repeatedly warned that a similar situation could easily befall London if TfL is starved of funding. Without meaningful sustained investment we will see a damaging vicious circle of underinvestment and service cuts, dragging London back to the 1970s and 80s era of an ageing, infrequent and unreliable transport network.

“The combination of falling public transport services, worsening roads and road asset closures would cause wide-spread disruption and choke the city in gridlock, damaging the London and UK economies and putting London at a disadvantage against its global competitors.

“TfL and the Mayor stand ready and willing to work with the Government for the benefit of London and the UK, but the Government must act now to save the recovery.”