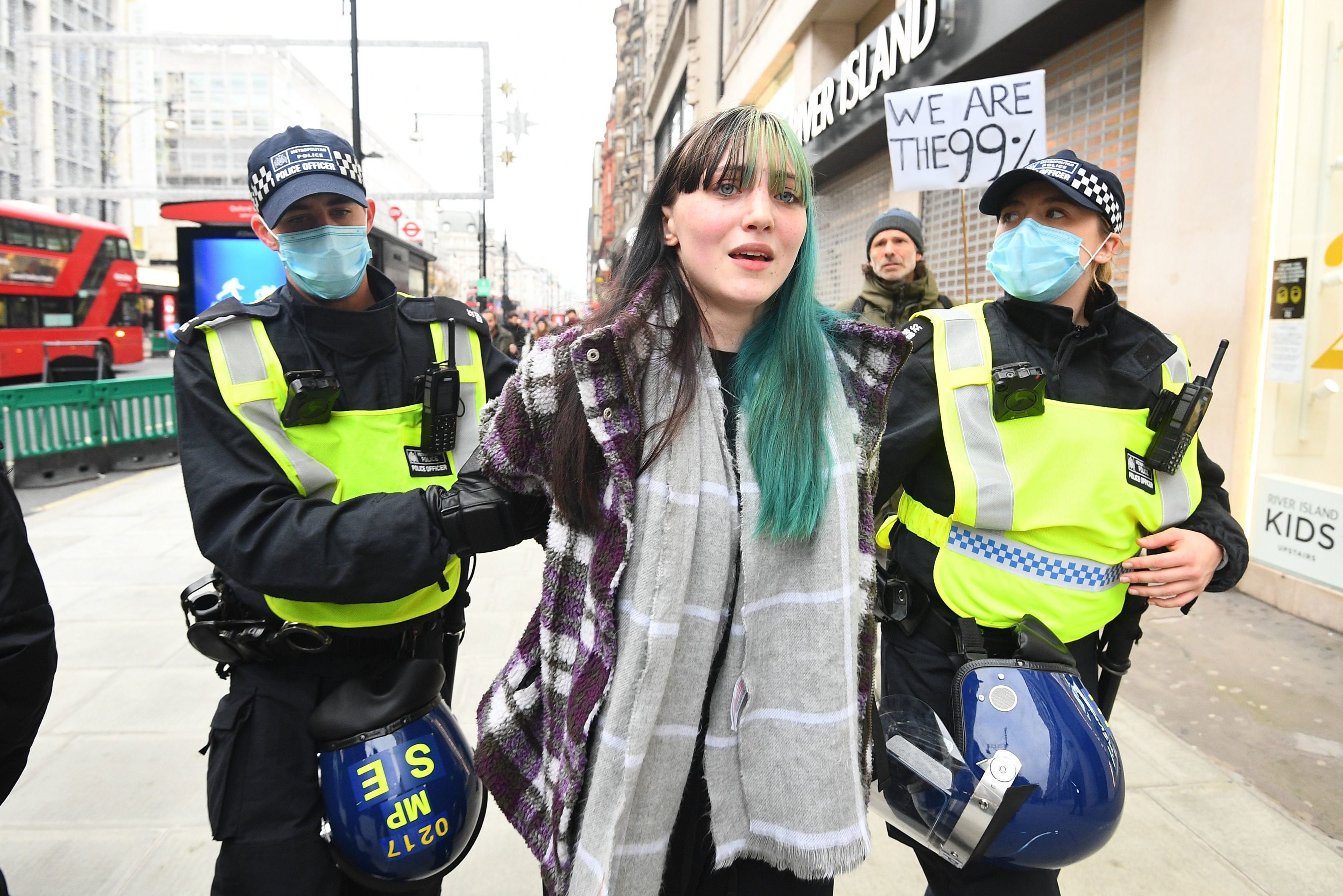 ore than 60 protesters have been arrested as an anti-lockdown demonstration swept through central London on Saturday.

Clashes broke out between some demonstrators and officers as they led dozens of people away in handcuffs.

The Metropolitan Police said it expected the number of arrests to rise. People were detained for suspected offences including breaching coronavirus regulations, they said.

The day of drama began in the late morning as dozens of police officers gathered outside King’s Cross station ahead of the  lunchtime rally.

Footage appeared on social media of officers appearing to arrest a man who is heard screaming as he kneels on the pavement.

Police were later seen lead people away in handcuffs from the protest London’s Hyde Park.

A large crowd of demonstrators chanting “freedom” left the park near Marble Arch and marched along a road parallel to Oxford Street.

Police officers walked alongside the protesters who carried placards reading “stop controlling us” and “no more lockdowns”.

One reporter at the scene described “quite violent, aggressive clashes” between police and both anti-lockdown and anti-vaccine demonstrators as more people were arrested.

“People were letting off flares, there was red smoke and green smoke,” Ivor Bennet, from Sky News, said.

A Met Police spokesman said on Friday that the demo, organised by the Save Our Rights group,  was not exempt from the “prohibition on gatherings” under regulations brought in to combat the spread of coronavirus.

Chief Superintendent Stuart Bell, policing commander for this weekend, said: “The Met has a proud history of facilitating protest. However, our city is in a critical fight against Covid-19 and we cannot allow gatherings to jeopardise the progress and sacrifices our communities have made in fighting this virus.

“That is why we will be taking action in relation to prohibited gatherings on the streets of London, including those related to protest across the capital this weekend.

“Our top priority is public safety and that is why we cannot allow individuals to break the law and put their health and the health of their friends, family and the wider community at risk. If you are planning on attending a gathering, I would urge you to reconsider and stay at home.”