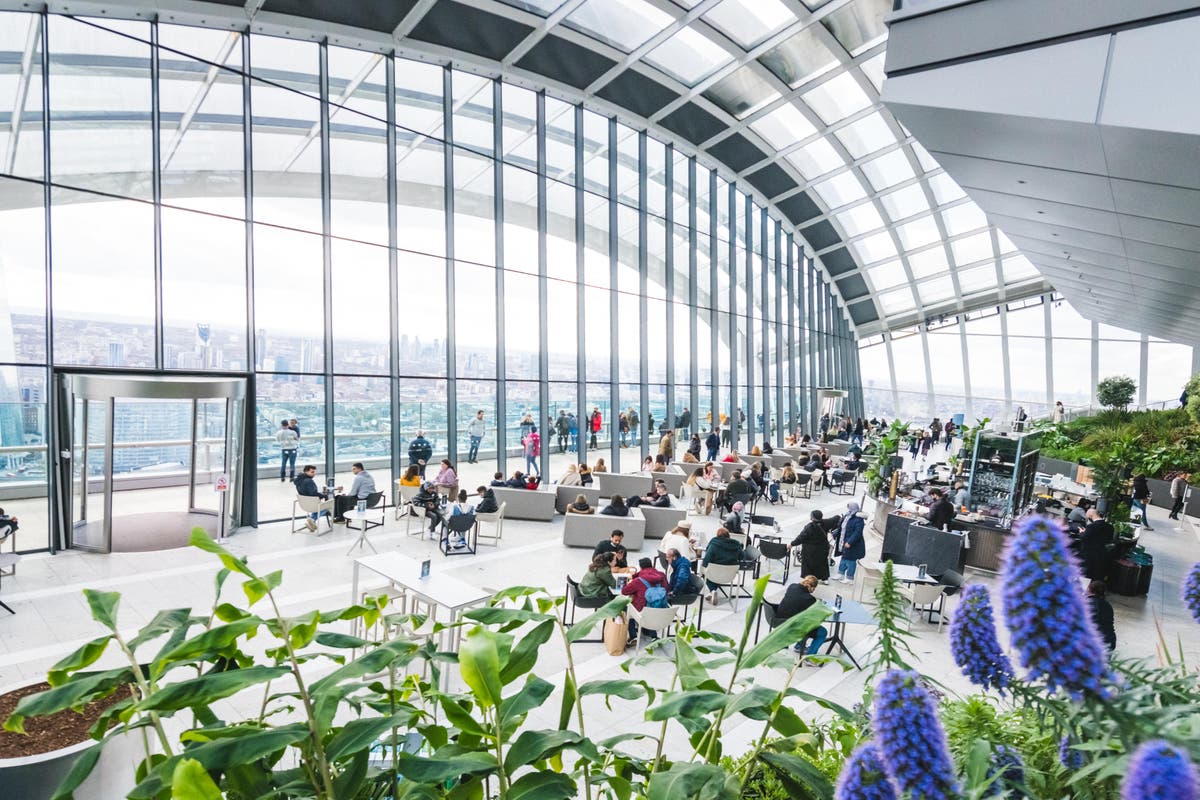 The venue, which boasts panoramic views of London from the 36th floor of the tower at 20 Fenchurch Street, was “open and operating in breach of Covid-19 regulations” on April 12, according to City of London Police records.

The re-opening was advertised on the venue’s website, with assurances that safety would be prioritised for customers visiting the bars and gardens.

“We are excited to re-open our beautiful gardens and welcome you back, whilst also being aware these are different and challenging times”, the note said. “Sky Garden’s bars will also be opening on April 12, in line with government guidelines.”

However a police officer attended on the day to point out that a mistake appeared to have been made, blamed on an apparent misunderstanding of the rules.

The easing of lockdown on April 12 allowed for restaurants and bars to begin serving customers in outdoor settings.

“They (Sky Garden) had been given misleading information by the council so it was not deemed appropriate to issue a fine, however the venue were ordered to close which they immediately complied with”, the police said. The venue’s website now says it “remains closed” with a plan to re-open on May 17.

Police files seen by the Standard show riverside restaurant The Oyster Shed was told to stop takeaway sales over a suspected Covid-19 regulation breach on April 12, after receiving “some incorrect advice by the local council”.

A spokesperson for the venue said: “We can guarantee that we have been following the council advice since the reopening.”

The City of London Corporation said it has worked with the police “to support the re-opening of the hospitality sector, offering guidance and visits to help premises re-open safely.

“In both cases the businesses were given advice on how they may reopen in accordance with the Government’s roadmap”, a spokesperson said.

“They both immediately rectified the issues identified and no enforcement action was necessary.”

City favourite bar The Sterling, on the ground floor of The Gherkin, was given a warning by police on April 15 for “people standing up drinking outside venue – not being sat down”.

The records also show other incidents that have led to City of London Police intervention over the course of the pandemic.

A £10,000 fine was given out last October after police discovered a wedding party at The Mercer bar and restaurant in Threadneedle Street, when almost 60 people were caught inside the venue.

Another £10,000 fine was handed out last December after a City office in Bishopsgate hosted a Christmas party “complete with DJ equipment and large quantities of alcohol consumption”, though police redacted the name of the offender in its released files.

Workers at finance firm Investoo were not sanctioned when police broke up an after-hours gathering at the Liverpool Street offices last December.

And police had to shut down a “loud party” at a barristers’ chambers in April last year, while the country was in lockdown, after 999 calls from neighbours.

Rhubarb, the operators of Sky Garden, and managers of the Sterling Bar, The Mercer, and Investoo have all been contacted for comment.

Princess Haya: From the lap of luxury to a gruelling battle for safety