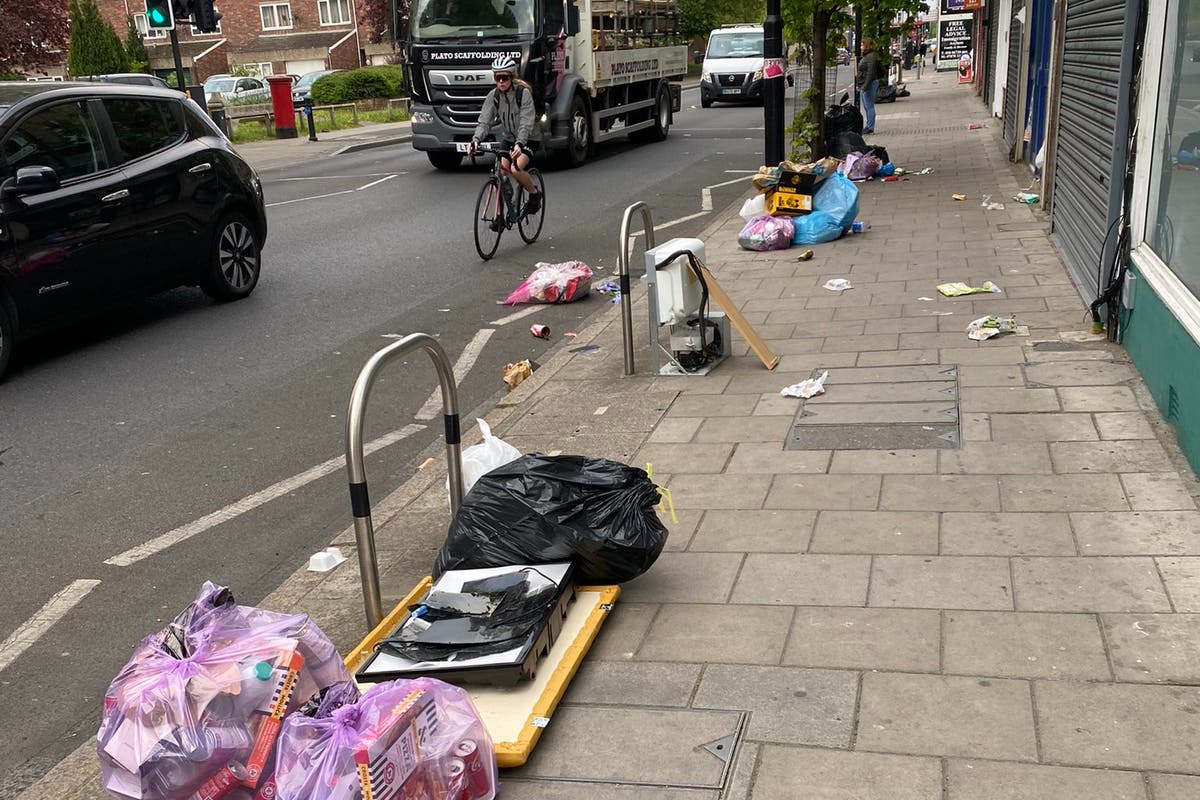 Merton Council has announced it’s set to drop the contract with Veolia when it ends in March 2025 before consulting with residents and commissioning a new contract to begin in April 2025.

Exiting the contract with be discussed next Monday by the council’s Cabinet Committee, making it the first council among four – Merton, Sutton, Croydon and Kingston – part of the South London Waste Partnership, to make a decision.

Residents in the borough, which has been nicknamed Mucky Merton, have long complained about illegal waste dumping, or fly tipping.

Numerous photos of black rubbish sacks, furniture and general rubbish littering main streets and near schools have been posted on Twitter. There is even a dedicated account – CleanUpMerton.

The contract with Veolia began in 2017, and had an initial eight-year term, with the option to extend for a further eight years.

It includes waste collections, recycling collections and street cleaning across the borough.

But Merton Council said “performance in…street cleanliness, had not met the expectations of residents the council nor Veolia, and therefore the council needs to consider the best way forward.”

The council said it had listened to residents’ complaints.

But Liberal Democrat councillor for Merton, Anthony Fairclough, told the BBC Veolia could be left feeling unmotivated for the next three years, knowing its contract is going to end.

“We’ll continue to push both the Council and its waste contractors to get decent services and real value for money,” he wrote on Twitter.

“And for a genuine commitment to include people in decisions about the new services.”

A spokesperson for Veolia said all four boroughs – Merton, Sutton, Croydon and Kingston – are among the best recyclers in London.

“We are proud of the significant achievements that have been made since 2017 which have seen all four SLWP boroughs close to the top of the league table for the best recyclers in London.

“Our essential waste collection and street cleaning services have been delivered through Covid-19 lockdowns and extreme weather conditions and we thank our frontline staff for their ongoing hard work and commitment.

“Since the existing contract began in 2017, service requirements and the wider market have evolved substantially. We look forward to reviewing new contract specifications when these are available and will respond accordingly in the new bidding process.

“In the meantime, we are committed to continuing to deliver the best quality services to residents until the completion of the contract in 2025.”

Merton Counci’s decision to scrap the contract with Veolia is part of a renewal point for all four partners in the SLWP.

“After taking all things into account, officers in the four partner boroughs have decided to recommend to their members that recommissioning the services would be in the boroughs’ best interests,” Andrea Keys, SLWP Partnership Director, said.

Ms Keys said it was a “pivotal” time for recommissioning services, due to the boroughs’ carbon reduction agendas, the high volumes of waste as a result of home-working following the pandemic, and legislative changes on the horizon such as the Consistency in Collections and Deposit Return Scheme.

Merton Council has assured residents that current services would remain in place until 2025, and there will be no reduction to any services proposed from 2025.

Agreement from Cabinet to scrap the contract will trigger a borough-wide consultation, which would run for six weeks immediately after the decision.

This would involve an online survey, telephone surveys, focus groups and pop-up events for residents to attend and tell us their priorities for the future.

Feedback would then be analysed before the council decides in early 2023 how it will commission a new service.