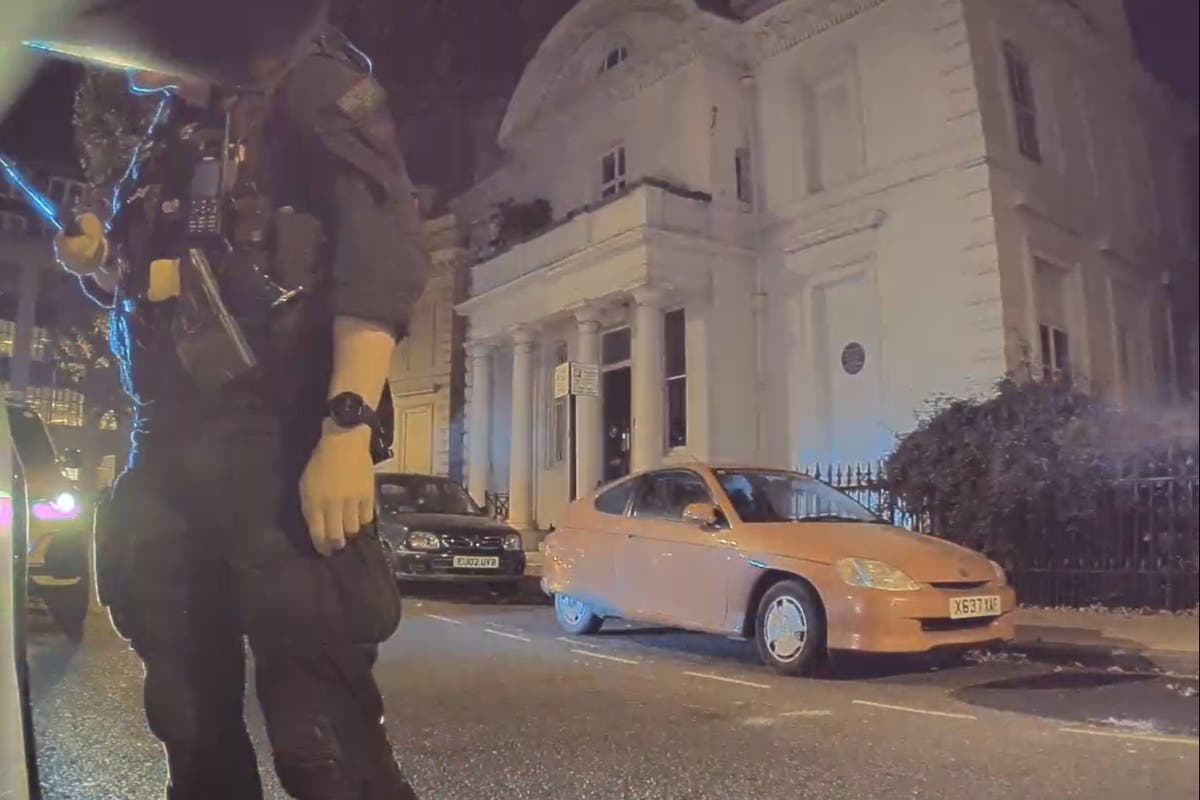 ortuguese sprinter Ricardo Dos Santos has posted a video of himself being stopped by Metropolitan police officers who believed he may have been using his phone at the wheel.

It comes two years after the athlete and his partner, Team GB sprinter Bianca Williams, accused the force of “racially profiling” when they were handcuffed and separated from their three-month-old son in Maida Vale in July 2020.

The video posted to Twitter on Sunday shows marked police cars indicating for Mr Dos Santos to pull over on London’s A40 Westway when he was driving home in the early hours of Sunday.

He stopped about five minutes later in Orsett Terrace and the officers spoke to him about why they wanted to stop the vehicle.

The Olympic medallist wrote: “After I stopped two officers ran towards either side of the car, one fist clenched banged on my window and tried opening the car door.

“Not knowing how to use a Tesla handle he took out his baton out of frustration ready to smash the glass.

“Annoyed that 2 years down nothing has changed but they still manage to over police.. why do 7 armed officers need to be present when I was alone. 2 or 3 max would of been enough.”

Met Police said they are aware of the video.

Met Police said armed officers were on a routine petrol in a marked police car at around 4am on Sunday.

“They saw a car travelling eastbound on the A40 Westway and were concerned the driver may be using a mobile phone at the wheel.

“The officers clearly indicated for the car to pull over but it failed to do so and they called for further assistance.

“The driver stopped about five minutes later in Orsett Terrace W2, and the officers spoke to him about why they wanted to stop the vehicle.

“Following the conversation the vehicle was allowed on its way. We have since contacted the driver via Twitter to invite him to contact us if he would like to discuss this matter further.”

Five Met officers involved in the stop-and-search of Mr Dos Santos and Ms Williams have been charged with gross misconduct amid allegations they treated her differently because of her race.

The police watchdog ordered disciplinary hearings into the stop of the athlete and her partner Ricardo dos Santos.

ULEZ: Majority of motorists living in and around London unaware of expansion on Monday, study says