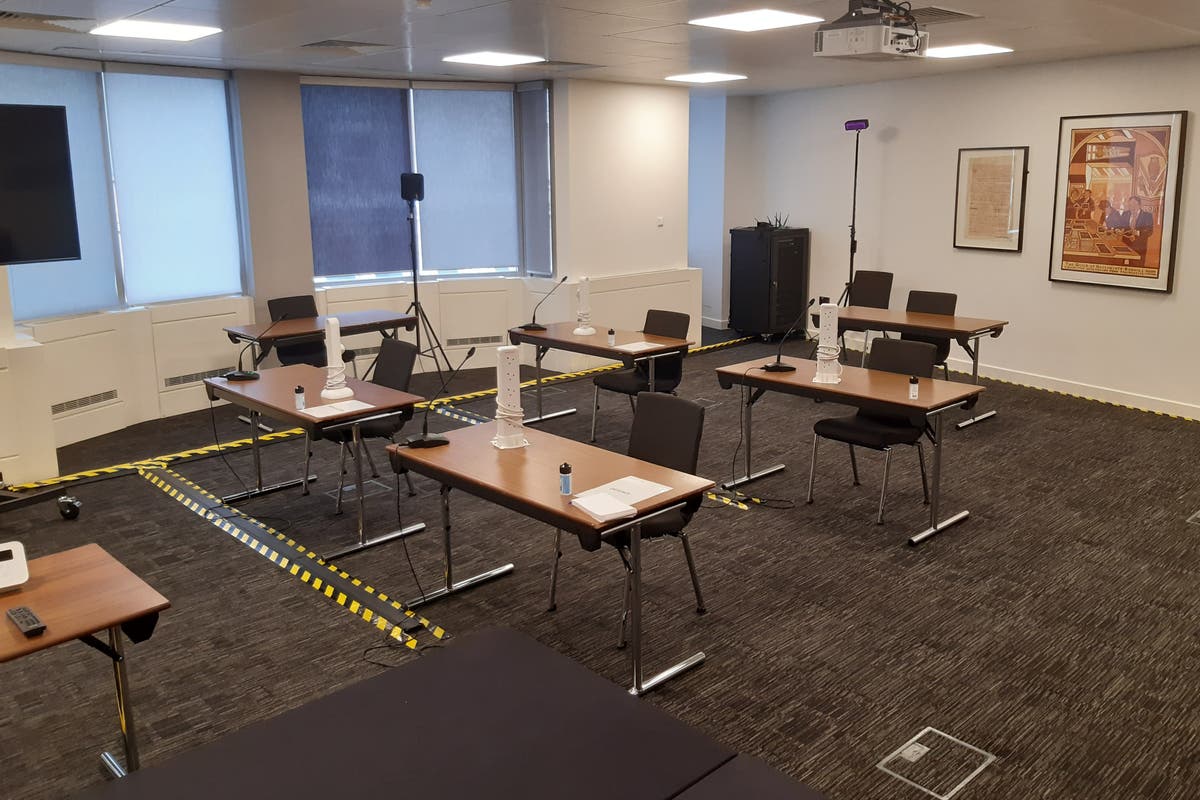 Blue-sky thinking has been replaced by jury deliberating at etc.venues Monument, where four floors of conferencing spaces have been taken over by HM Courts and Tribunal Service.

The ad-hoc court opened its doors on Monday to start holding hearings, with the first set of trials set to begin in its two courtrooms this Monday, September 27.

The Monument court – which sits in the shadow of the famous ‘Walkie Talkie’ office block and boasts enviable views along the River Thames – is the City’s second Nightingale.

It will work in tandem with the ad-hoc court at Aldersgate House in Barbican, with cases being spread across the two venues to maximise the crucial extra court space.

Judge Dafna Spiro, who is leading the Monument Nightingale opening with operations manager Lisa Hammond, told the Evening Standard: “We are absolutely one team in the two courts, and everybody will be expected to be able to go to either court venue. Even the judges, we can’t be precious about where we are sitting. We have to move with the business needs.”

While the traditional wood-panelled surroundings of the courtroom have been left behind, gone also are the often cramped seating arrangements and court set-ups.

In a Nightingale court the judge sits on a slightly raised platform and below the customary judicial seal, the witness box is flanked on either side by socially-distanced jurors and lawyers, and large TV screens have been erected to reflect the modern-day needs of a courtroom.

Ms Hammond says the team running the City of London Nightingales have approached the challenge with a “can-do attitude”, tackling the challenges they have faced setting up two new courthouses and listing around 250 cases in the last six months at Aldersgate House.

Judge Spiro said the central aim of the Nightingales is to boost London’s court capacity and hear cases sitting in the backlog at Isleworth, Snaresbrook, and Harrow, adding: “When a case is resolved it’s transformative.

“Whether the case is from six months ago or two years ago, we all know – because we see it day after day in court – that it causes so much anxiety for people, it’s a massively stressful experience going through the courts.”

And she said the trials – for defendants on bail and largely of lower-level offences – can act as good experience for Recorders and new judges: “What you get at a Nightingale Court is trial after trial after trial. You can’t be nervous about hearing trials and it builds up people’s confidence.”

The conference centre at Monument is currently leased out to HMCTS until March next year, when decisions will be taken on whether it should be kept on.