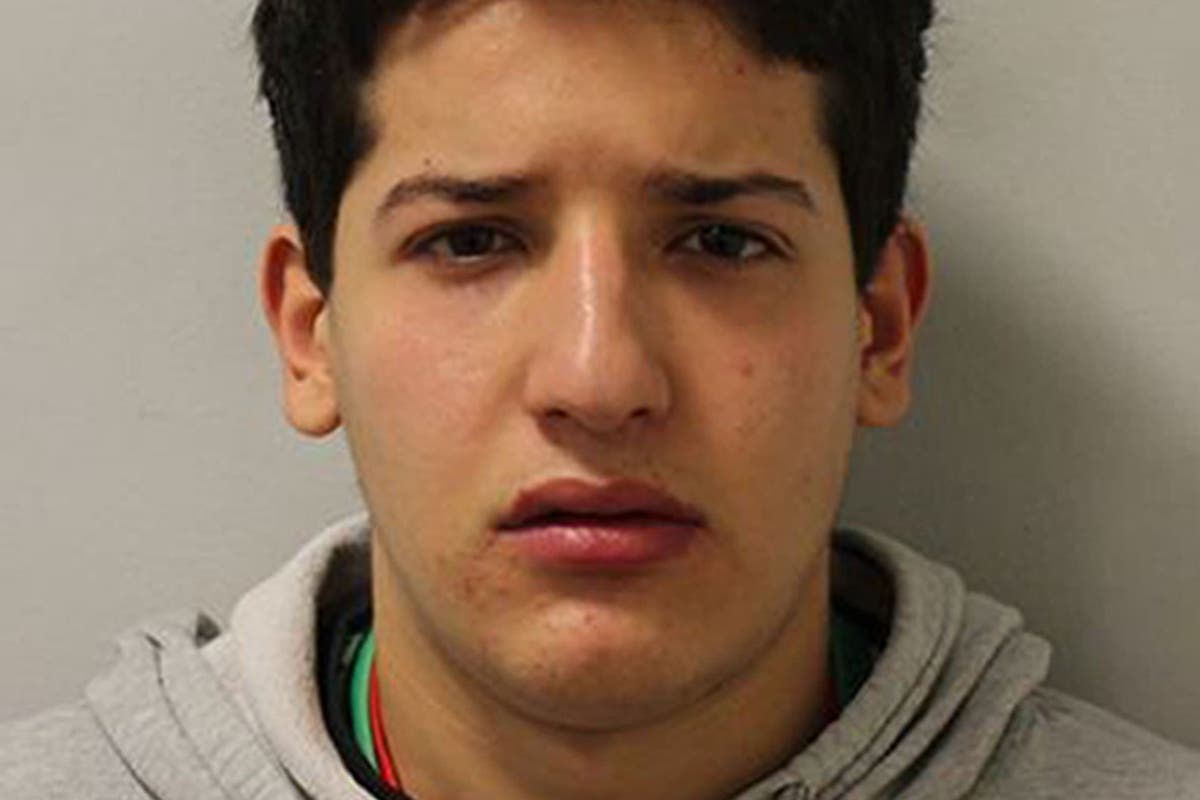 Amine Laouar, 21, set upon Leon Street, 48, who had left home to go out to the shops in Neasden.

He stabbed the former delivery driver repeatedly, first as he was standing then after he fell to the ground at about 9.30pm on January 11 last year.

Mr Street, who had a partner and children, suffered five stab wounds to his chest, as well as injuries to the hands and leg but still managed to get home.

Emergency services were alerted and paramedics tried to save his life, but he was pronounced dead an hour later.

Mr Street had previously survived a heart attack and worked as a driver until his van was stolen two-and-a-half weeks before the murder.

Minutes before the attack on Mr Street, and just 150 metres away, 47-year-old Mirvais Khan was targeted as he walked along Neasden Lane North on his way to do some shopping, jurors heard.

The defendant ran up behind him and stabbed him once in the back, penetrating his lung.

Mr Khan was “very fortunate” to have survived, jurors were told.

The third stabbing was carried out six days later, on the morning of Sunday January 17 last year.

Mitul Karaniya, 32, had gone out to buy breakfast and was passing the exact spot where Mr Khan was attacked.

He was also caught unawares, with his attacker running up and stabbing him in the back, the court heard.

Mr Karaniya suffered broken ribs and punctured lungs and was “very lucky” to survive, the jury was told.

Prosecutor Bill Emlyn Jones QC had said: “In each case, the victim appears to have been chosen completely at random.

“The victims did not know each other, and they were not connected to each other in any way.

“The only thing they appear to have had in common is that they happened to be walking along the same stretch of Neasden Lane North at the time when they were attacked.

“None of them knew their attacker. None of them had done anything which might explain what happened to them.”

Laouar, who lived in nearby Press Road, was identified as the attacker by DNA evidence.

Two knives were found at the scene of the first two stabbings, each with a victim’s DNA on the blade, it was claimed.

Forensics on the handles pointed to the defendant, jurors were told.

The knife used in the attack on Mr Karaniya was found in the wardrobe of the defendant’s bedroom.

A black jacket was also recovered from the wardrobe.

Blood on the right sleeve was matched to Mr Karaniya and Mr Street’s DNA was found on the inside.

Mr Emlyn Jones added that CCTV did not clearly identify the perpetrator of the two non-fatal attacks and there was no footage of the killing.

Giving evidence, he claimed he had been framed by the real killer and the prosecution had the wrong man.

The jury deliberated for an hour and 15 minutes to reject his version of events and find him guilty of all the charges.

The defendant shouted angrily in the dock following the verdict and was told repeatedly to sit down.

Sentencing was adjourned until Wednesday.

Detective Inspector Tom Williams, from the Met’s Specialist Crime Command, said: “Laouar carried out a series of terrifying and totally random attacks on three innocent men who he hadn’t met before.

“Tragically, his actions resulted in the death of a much-loved man who was only out that night to buy food for him and his girlfriend. My thoughts remain with her and the rest of Leon’s family.

“I would also like to praise the bravery of the two other victims in this case who have supported our investigation while they continue to deal with the consequences of what happened to them.

“This was a complex investigation and I would like to thank the community in Neasden for their assistance as we worked tirelessly to track down the person responsible.

“I know Laouar’s crimes caused a lot of concern and I am grateful for the assistance and help we received from the public and our local partners.”