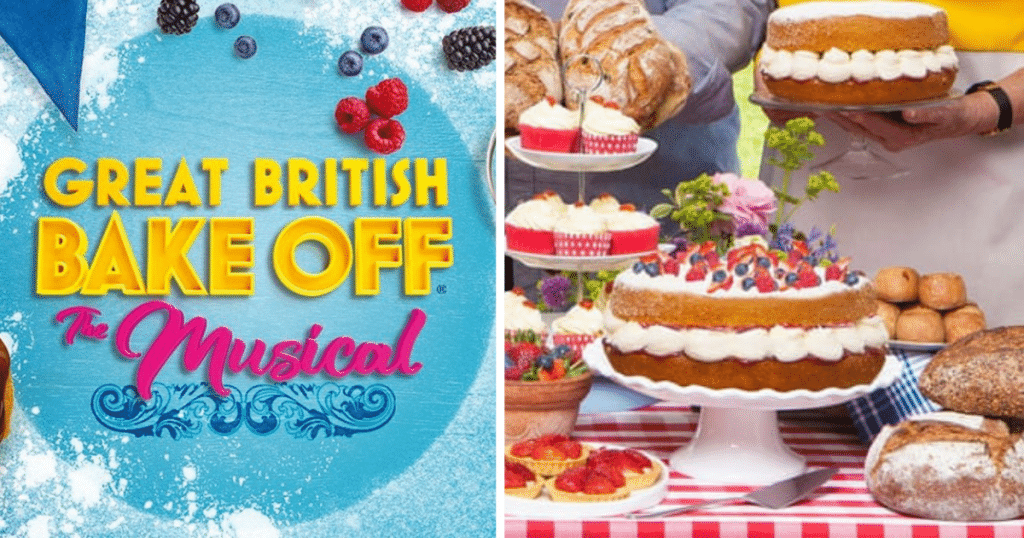 Prepare for the ultimate showstopper.

With all the drama that comes with The Great British Bake Off, some might say it was inevitable that the much-loved TV programme was adapted to become a musical on stage. From cakes collapsing to soufflés sinking, swapping sugar for salt to pudding puddles on the floor, the show has broadcast some catastrophic baking disasters, or dough pas. But nothing tops the baked Alaska meltdown, AKA “bin-gate”.

Set to add the icing on the cake to our summer, Great British Bake Off- The Musical will have its spectacular world premiere at the Everyman theatre in Cheltenham. Created in association with the TV series’ executive producer Richard McKerrow and produced by Mark Goucher, the nation’s favourite baking show will be magically reimagined into a perfectly formed musical-comedy.

The production will follow eight amateur bakers as they compete to impress the two iconic judgers all under the gaze of two presenters. And to sweeten the musical up, the original score is by the award-winning duo Jake Brunger and Pippa Cleary, whose previous musicals include an adaptation of Sue Townsend’s novel, The Secret Diary of Adrian Mole, Aged 13¾.

Like the programme, the audience will follow the trials and tribulations of the bakers, all with their own stories to tell and as unique from one another as their marvellous baked creations. Find out who will triumph as Star Baker, and who will fall foul of a soggy bottom.

Expect heart-warming characters, ounces of laughter and mouth watering music in this brand-new and original British musical, suitable for the whole family. Great British Bake Off- The Musical is also bursting with the crème de la crème of performers and musicians from the West End; come and take a peek inside the tent at this big new musical sensation.

Mark Goucher said: “The TV phenomenon Great British Bake Off gets to the heart of the nation, and for a long time I felt that it could work wonderfully well on the stage. We started working on the production a couple of years ago and with this talented creative team and in association with the TV show’s creator I hope we have created a musical comedy that will win over our audiences here at the Everyman Theatre.”

So go on, on your marks, get set, book! You can book your tickets for Great British Bake Off- The Musical, which runs from July 22 to August 6, here.

All we can say is… please can this come to London?