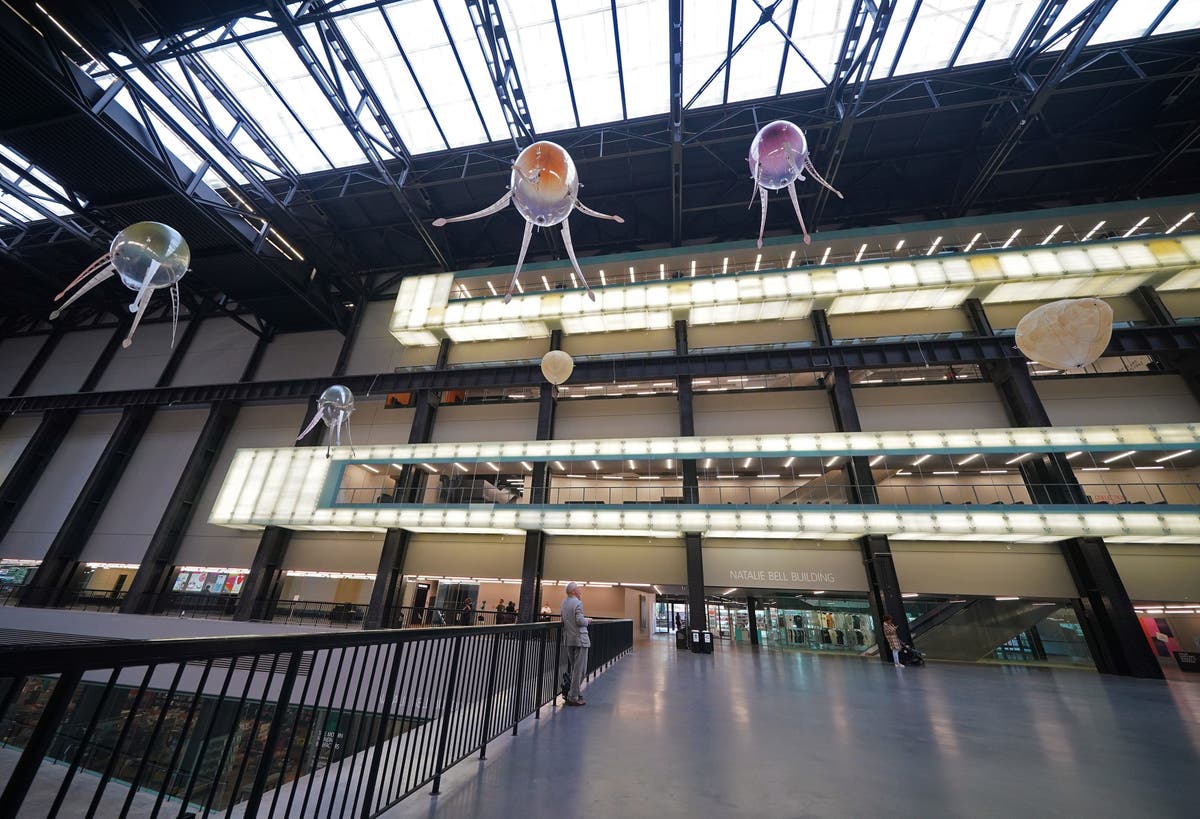 ate Modern has removed a plaque bearing the Sackler name due to concerns over the billionaire family’s link to the opioid crisis in the US.

The Sackler Octagon at the Tate Britain in London is also set to be renamed.

The Sunday Times reported that a plaque marking the Sackler Escalator at Tate Modern was removed last week, and a sign by its Sackler lifts will be taken down.

The Sackler family own Purdue Pharma, the US drug company that makes OxyContin, a widely abused prescription painkiller.

The family have been accused of fuelling the opioid crisis in the US that has claimed the lives of more than 500,000 Americans.

Leading members of the family have been named in lawsuits filed in the US and are accused of knowingly playing down how dangerously addictive the drug was in order to boost profits.

In September, a bankruptcy judge conditionally approved a settlement in which the Sacklers agreed to pay £3.4 billion and give up ownership of Purdue Pharma, which would be reorganised. They would in turn receive immunity from future lawsuits.

It was later overturned by a federal judge who said the bankruptcy court hearing the case had overstepped its authority.

Families who lost loved ones to opioid addiction had criticised the bankruptcy deal, saying there was no apology from members of the Sackler family or an opportunity to confront them face-to-face.

Foundations run by members of the Sackler family have donated tens of millions of dollars to museums, including the Guggenheim in New York and the Victoria and Albert Museum in London.

However, museums across Europe – including the Louvre in Paris and the Jewish Museum in Berlin – have distanced themselves from the family in recent years.

In December, the Metropolitan Museum of Art in New York dropped the Sackler name from seven exhibition spaces.

It included the removal of the Sackler name from the famous wing that houses the Temple of Dendur, which is named after brothers Arthur Mortimer and Raymond Sackler. The brothers donated £2.6m towards the wing in the 1970s.