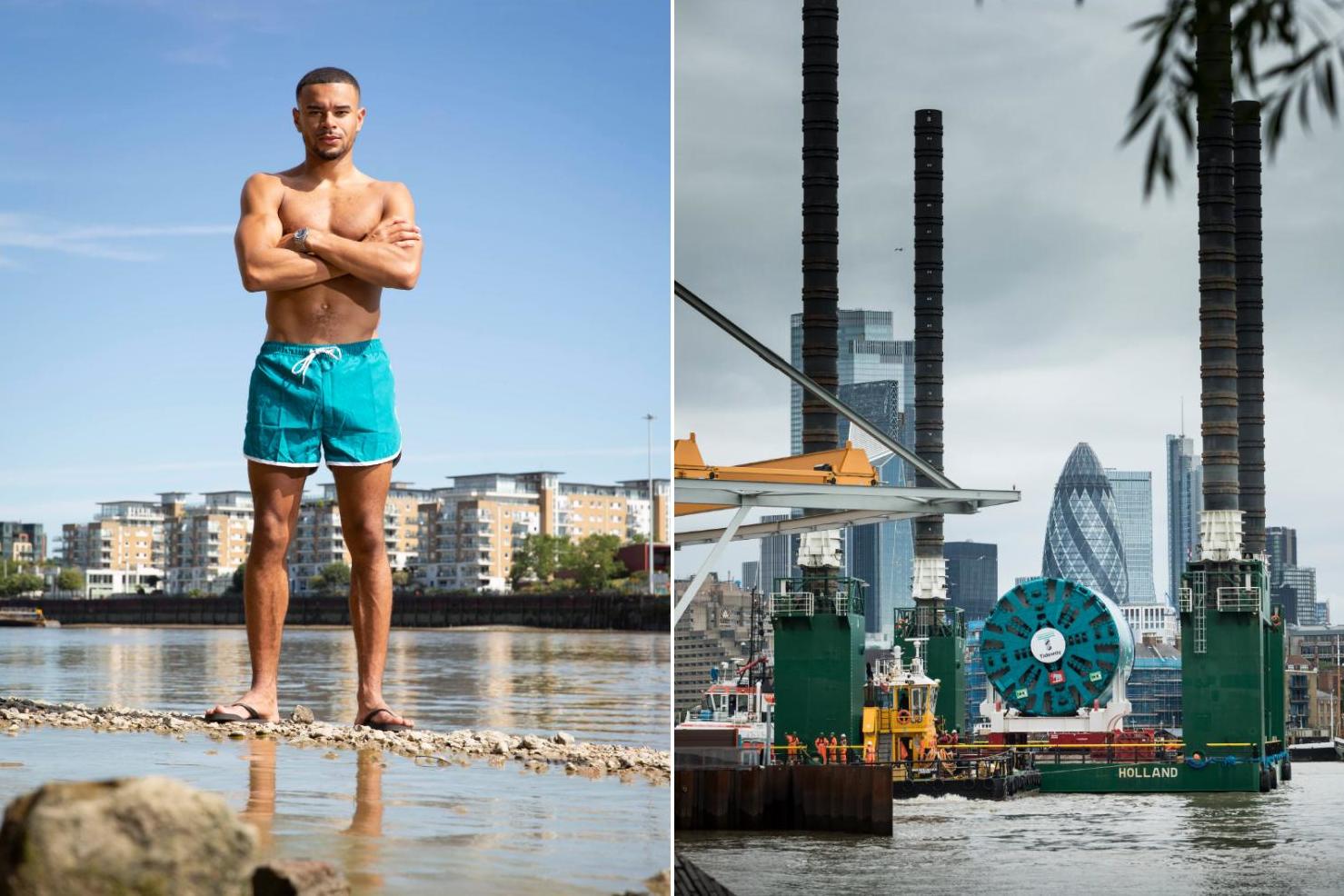 More than half of Londoners think the Thames is safe to swim in, despite millions of tonnes of sewage flowing into the river each year, a new poll has found.

Former Love Island contestant and engineer Wes Nelson is urging people not to be tempted to take a dip in the water, and to head to public pools instead.

He has teamed up with Tideway, the company building a “super sewer” under London to help clean up the Thames, who commissioned a survey into the public’s understanding of its risks.

The poll of 1,000 residents revealed that 55 per cent think the river – or at least parts of it – is safe to swim in, and a fifth (21 per cent) would rather swim in the Thames than a public pool in light of the coronavirus pandemic.

Meanwhile, 45 per cent of respondents said they would be likely to take a dip to cool off in a heatwave.

While they are aware that sewage is found in the river, most Londoners significantly under-estimate how much flows into its waters each year, the poll by Opinium for Tideway found.

Around four-fifths of those questioned (81 per cent) said up to a million tonnes of sewage is entering the river each year.

Though the river is in much better shape than it was in the 1950s, when it was declared “biologically dead” due to pollution, 39 million tonnes of sewage was still flowing into the river each year before work on the super sewer started.

London’s Victorian drainage system – built for a much smaller population in the capital than today’s nearly nine million residents – regularly overflows, with untreated sewage spilling into the Thames, Tideway said.

The 15.5 miles (25km) of sewer tunnel running under central London will capture most of the raw sewage and rainwater that currently overflows into the river away for treatment.

Some 10 miles (16km) of the Thames Tideway Tunnel has been excavated and the project is due to be completed in 2024, the team behind the scheme said.

The current pollution in the river does not only put people’s health at risk if they swim in the water, but also harms wildlife.

Mr Nelson, a trained engineer who attempted to swim the English Channel as part of C4’s Sink Or Swim team, said: “Swimming in the Thames is dangerous on so many levels.

“It’s not just the sewage people should be aware of, but the tides, currents and water traffic too.

“The RNLI’s two busiest lifeboat stations aren’t on the coast – they’re on the Thames, rescuing people from the water in central London.”

Kayla Browne, apprentice civil engineer at Tideway’s Carnwath Road site in Fulham, south-west London, said: “If you’re considering swimming in the river, don’t do it. Think about what you put down your toilet – that is essentially what you’d be swimming in.

“It may be hard to believe, but, until the tunnel is built, we’re treating the river like a toilet.

“Sewage flows directly into the Thames when it rains, as this is the only way to stop homes and streets from flooding when the existing Victorian sewers overflow.”