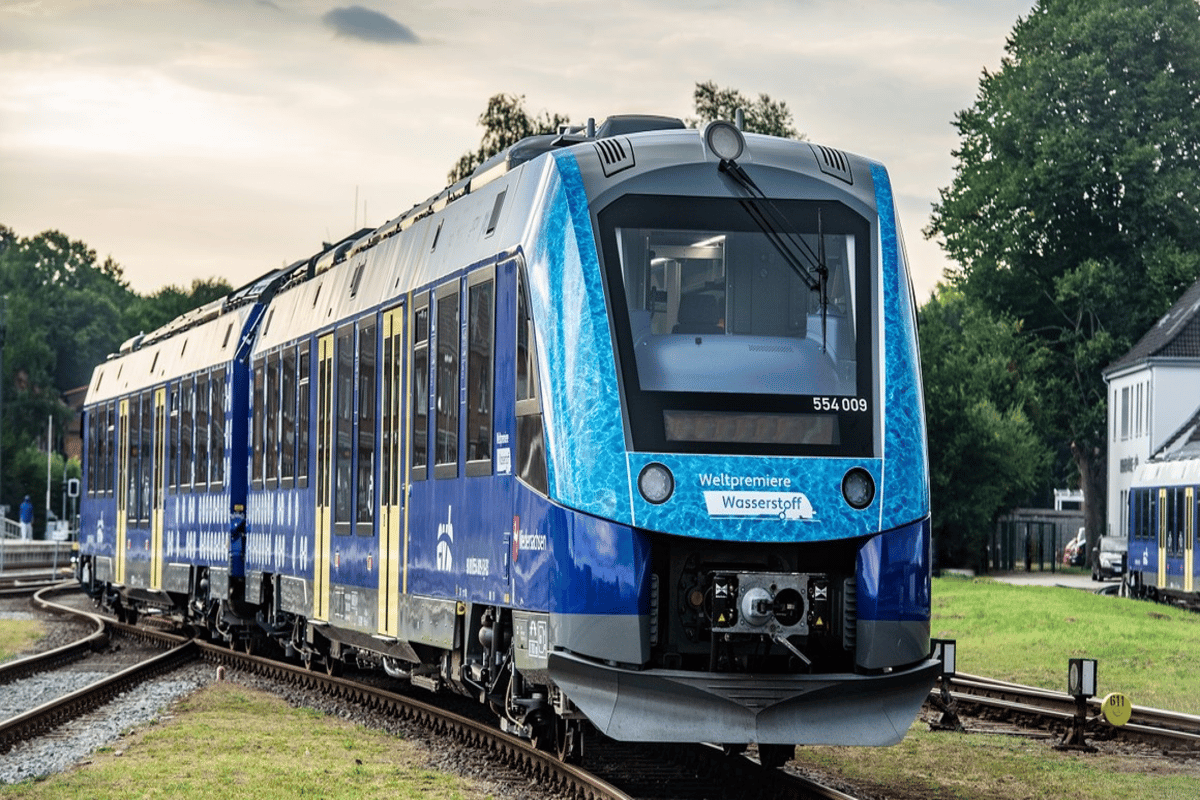 When you travel by train over, say, a petrol/diesel powered car or by plane, you are immediately lowering your carbon footprint by choosing a more sustainable method of transport.

And it looks like that is only going to become truer with each passing year in the future, particularly after this even-more-environmentally-friendly train has just taken to the tracks in Germany. In fact, you can call it the world’s very first hydrogen-powered train, which has launched in the Lower Saxony region of the country.

It’s called Coradia iLint, and the project by French manufacturers Alstom cost €93 million, with five of them running on a line – though that number is planned to increase to 14. They run on zero emissions, mixing hydrogen on board with oxygen in the air in a fuel cell within the roof of the train, producing enough electricity for the train to run smoothly and releasing only steam and condensed water out the exhaust.

According to LNVG, a regional rail operator, the 14 trains will stop 4,400 tonnes of carbon dioxide being released into the atmosphere each year. Coradia iLint also runs at 140km per hour for up to 1000 miles per tank and is said to be quieter than a diesel train.

Henri Poupart-Lafarge, CEO and Chairman of the Board of Alstom, said: “Emission free mobility is one of the most important goals for ensuring a sustainable future and Alstom has a clear ambition to become the world leader in alternative propulsion systems for rail.

“The world’s first hydrogen train, the Coradia iLint, demonstrates our clear commitment to green mobility combined with state-of-the-art technology. We are very proud to bring this technology into series operation as part of a world premiere, together with our great partners.”

You can ride one of these beauties on the route between Cuxhaven, Bremerhaven, Bremervörde and Buxtehude now!

Read more about the hydrogen-powered trains on the Alstom website.

Bond Street Station Has Just Opened On The Elizabeth Line