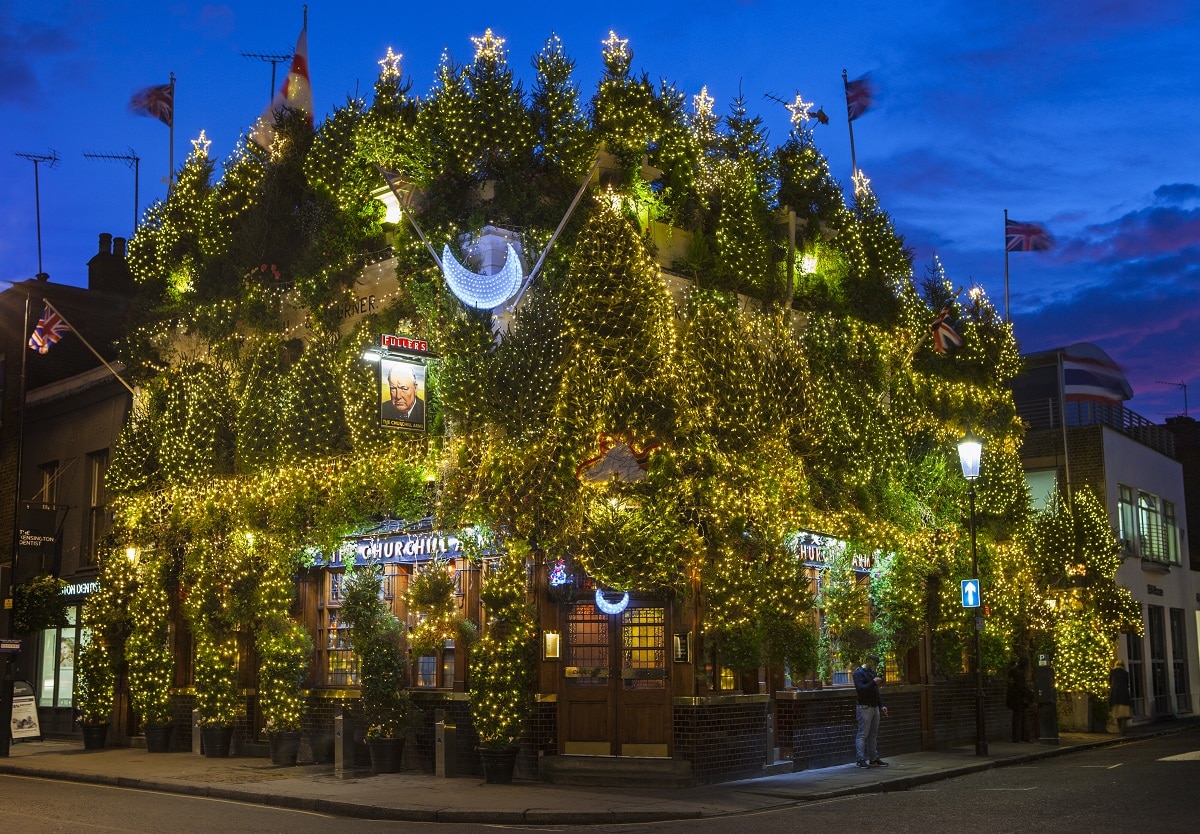 Personally, I feel like this Kensington boozer has established the perfect level of festive-ness (we’ve never really been ones for subtlety here at Secret London). I don’t want to think what the electricity bill is going be at the end of the year, but given that The Churchill Arms drops £25,000 on flowers every year, they’ve definitely got the cash. It’s totally worth it, too; just look at this!

80 Christmas trees festoon the west London pub, with a whopping 22,000 lights covering the exterior. The lights will be shining bright each night from now until January 6, with the warm glow of softly-illuminated Christmas trees just beckoning you to escape the cold and prop up the bar with a pint. Go on then, it’s Christmas after all…

If you fancy paying The Churchill Arms a visit, you’ll find it at 119 Kensington Church Street, W8 7LN – it’s just a stone’s throw away from Notting Hill Gate tube. Head inside for wartime memorabilia (pictures, banners, and other odds and ends are scattered throughout – look out for a cardboard cutout of the pub’s namesake, Winston Churchill), beer and delicious Thai food. Which aren’t especially Christmassy, I suppose, but come on, that exterior more than makes up for it!