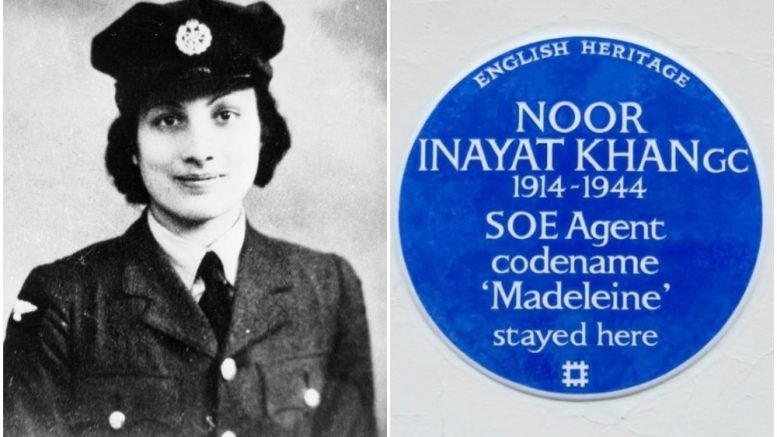 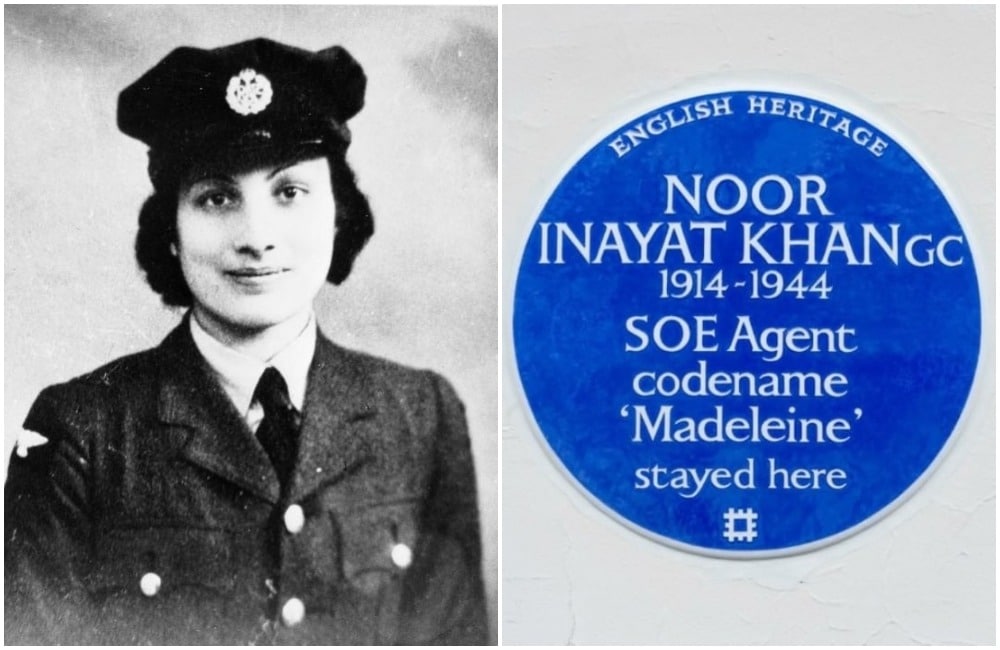 Numerous as London’s blue plaques are, an embarrassing few are dedicated to women – and an even smaller number commemorate women of colour. There’s a long way to go in redressing the balance, but at least one historical oversight has been corrected this week, with the unveiling of a blue plaque for Britain’s first Muslim war heroine, Noor Inayat Khan, who carved out an impressive career as a WW2 spy. [Featured image: @hannah_squire and @sightmagazine1]

Khan’s story is one worth being splashed across the pages of history, and yet her life has been curiously underrepresented in recollections of the Second World War (you can almost certainly go ahead and blame the patriarchy for that). Born in Moscow as the descendant of an Indian sultan, Khan and her family escaped to London and then Paris after the onset of WW1. Somewhat unexpectedly, she dropped a fledgling career as a children’s author to join the Women’s Auxiliary Air Force, having escaped back to England after the fall of France in 1940.

Khan proved a determined radio operator, and was eventually tapped to join Britain’s Special Operations Executive, a unit that had been formed on the orders of Winston Churchill. Dropped back into France with the codename Madeleine, she sent coded messages back to British forces whilst helping a resistance network in Paris, dodging arrest several times, until she was quite literally sold out by a French double agent. Handed over to the Gestapo in exchange for money, Khan’s signals were then used to trick more agents into coming to France.

Still, Khan didn’t let capture end her story, as she briefly made an escape from the hands of the Gestapo – a move which landed her in solitary confinement in Pforzheim prison upon her recapture, where she was kept as a prisoner of war so valuable that her imprisonment was a matter of complete secrecy. Weeks of torture couldn’t convince her to yield any information – the Nazi intelligence agent in charge would later testify that she lied consistently to protect her adopted country – and so in September 1944, she and three other female agents were sent to the infamous Dachau concentration camp, where they were executed. At the time of her death, Noor Inayat Khan was just 30 years old. Per recollections of the execution, her final word was “liberté”.

In recognition of her heroic efforts during the war, Khan was posthumously awarded the George Cross in 1949, along with the French Croix de Guerre. A fundraising campaign allowed for a bronze bust of Khan to be constructed in Gordon Square Gardens in Bloomsbury back in 2012, and this memorial has finally been joined by a richly-deserved blue plaque – an honour which also makes Noor Inayat Khan the first woman of Indian origin to get a blue plaque. It’s now affixed proudly to the Bloomsbury home she departed before heading back to France: the mission from which she would not return.

It’s an appropriate memorial for an unlikely war hero – Khan was a noted pacifist who signed up only to prevent the spread of fascism – and one can only hope it’s the first of many tributes to the worthy women whom British history has heretofore glossed over.

Speaking of incredible women from London’s history, have you heard the tale of the women who raced Big Ben’s bongs and won?