Notting Hill Carnival is the biggest street party in Europe, attracting over two million visitors every year. Only, for the last two years it hasn’t happened at all due to the pandemic, making this the first carnival weekend in London since 2019! Better make for lost time then, London.

The weather is set to be delightful, so everyone will be partying harder than ever before. As you can expect, there’s a roster of soundsystems, over 300 food vendors and the most colourful mas bands you could dream of. The celebration of Caribbean culture has been going since 1966, and though Covid may have stopped Carnival in its tracks, you can guarantee the city will come out in full flow, better than ever, this bank holiday weekend.

So, whether you’re a seasoned Carnivanimal or you’re heading there for the first time, here’s the ultimate guide to when, where and what the hell is going on at Notting Hill Carnival.

Notting Hill Carnival takes place over the August bank holiday weekend, on Sunday, August 28 and Monday, August 29. Festivities officially start at around 10am on Sunday and 10:30am on Monday, with music blaring until around 7pm, and activities on until 8:30pm. There is also a smaller day of events on Saturday, August 27, with the UK National Panorama Steel Band Competition taking place as ticketed event between 6pm-11pm.

Which day should I go?

This really depends on what kind of vibe you’re after. Sunday, as always, is Family Day, so it’s a bit more relaxed. Monday, on the other hand, is for the hardcore party people. Here’s what to expect:

Although Carnival officially starts on Sunday, things will kick off on Saturday evening at Panorama, the UK’s largest steel band competition. This takes place at Emslie Horniman Pleasance Park on Bosworth Road from 6pm. Tickets cost £20 for adults, £7 for children, and we recommend buying them in advance.

The morning will start with J’Ouvert (a word stemming from the French ‘jour ouvert’ meaning ‘opening of the day’), which is Carnival’s best kept secret. It’s the first parade of the weekend, starting at 6am (yes, really) and finishing at around 9am. The official opening ceremony will kick off at 10am, before the Children’s Parade and the Adult’s ‘Dutty Mas’ begin at 10:30am – featuring bright costumes (check out Colours Carnival to get a good idea of what to expect), steel bands and sound systems – before everything comes to a halt at around 8.30pm. Meanwhile there’ll be three stages putting on a whole range of performances, including calypso and soca from the Association of British Calypsonians. (Check the app for lineup announcements and stage times.) You’ll need to head over to one of the many sound systems for the full carnival experience, where you’ll find an eclectic blend of just about any kind of music you could think of, celebrating the diversity of sounds coming out the UK’s music scene. We’re expecting big things this year. Head to the Notting Hill Carnival website to check out a full list of soundsystems, mas bands, and more!

Monday is when the party really starts. The parade will be prancing about all day, so grab a spot along the street (if that’s your plan, make sure you arrive early) or chase the route. There’ll be plenty of Sound Systems dotted about the streets, too, which is where most of the dancing will take place – check the app for their exact locations. Live music will also be playing all day, from 12pm–7pm, in both Emslie Horniman’s Pleasance Park and Powis Square. (Again, check the app for lineup announcements and stage times.) 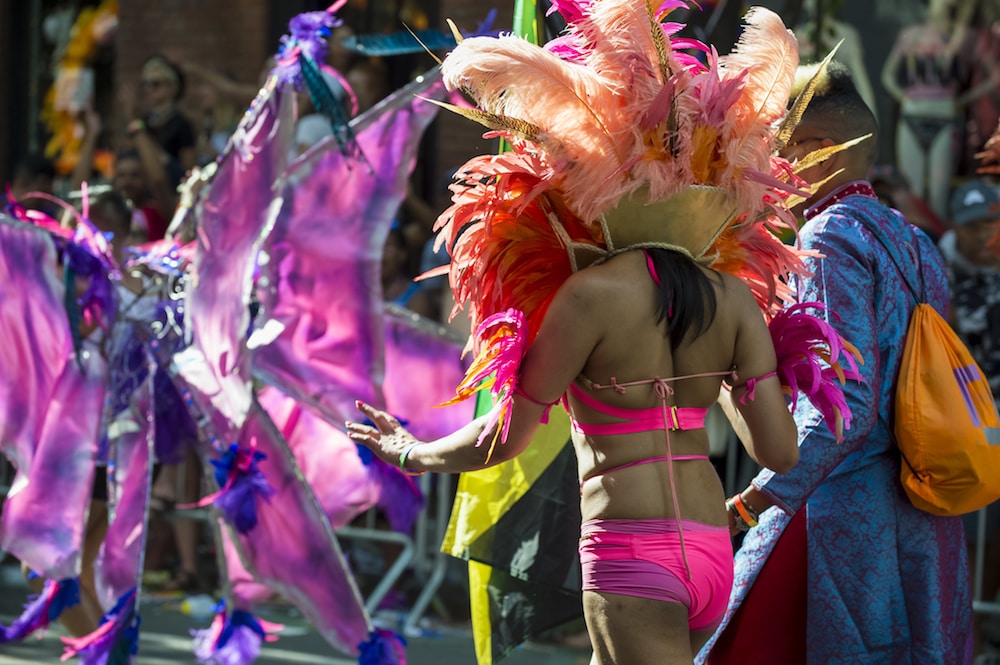 ✨ There will also be a 72 second silence on both Sunday and Monday at 3pm, as a tribute to the victims of the Grenfell fire. ✨

How to get to Notting Hill Carnival

Nearby stations, including Notting Hill Gate* and Westbourne Park and Royal Oak, are likely to be very busy during Carnival. You are advised to check TfL’s Twitter accounts on the day for live updates, as these stations are liable to sudden, though temporary, closure. Ladbroke Grove will be closed on both days. The nearest stations that aren’t as likely to be affected by major disruption are Bayswater, Paddington, Holland Park, Latimer Road, Shepherd’s Bush, White City and Wood Lane (but, again, check TfL’s website for updates as some of these may be – or become – exit-only).

*District and Circle line trains will not stop at Notting Hill Gate between 11am–7pm on Sunday or Monday.

A lot of roads will close for the weekend, from as early as 7am on Saturday, August 27 until the morning of the Tuesday, August 30. Check the Kensington & Chelsea and Westminster council pages for information on road closures across the weekend. 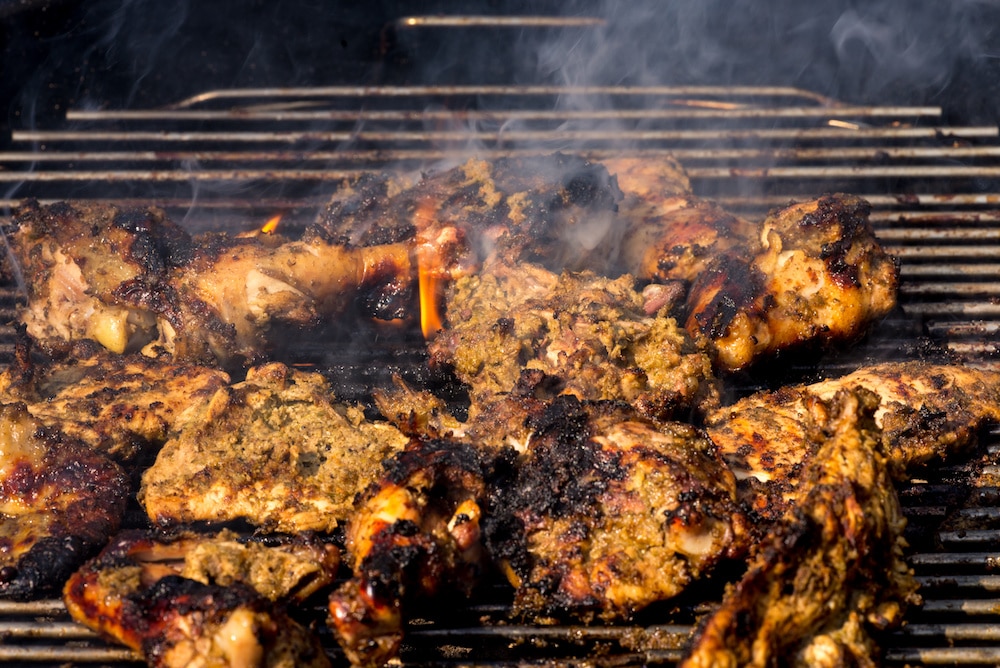 What and where can I eat at Carnival?

One thing’s for sure, Carnival ain’t short of jerk chicken. (Rumour has it, they shifted five tons of the stuff in 2019.) But, if you wander about the streets, you’ll also find classics such as curried goat, fried plantain and rice and peas, and a whole host of other beautiful dishes from 300 different vendors.

Your go-to drink for the day will most likely be Red Stripe or, of course, rum. There’ll also be plenty of coconut water about if you’re gasping for some hydration minus the booze.

What should I take with me?

Rain or shine, you should always come prepared.

For everything else, check the Carnival website or the app.

Have fun. Be safe. And be kind to each other ✨

And if you love Carnival so much that you want to head to Notting Hill on a quieter day, with slightly fewer than two million people filling the streets, check out our guide to the area:

A Magical Immersive Chocolate Factory Will Open In London This Year