A new rooftop bar has opened in London Bridge and it’s as summery as they come.

Summer is finally threatening to arrive, and London is waiting to embrace the sunny weather and easing restrictions with open arms. Just in time for the summer season (and the post-lockdown celebrations), a cracking rooftop bar has opened south of the river, and it looks like a good ‘un. London Bridge Rooftop – which you may have visited in its winter guise as Winter Heights – offers spectacular 360° views of the London skyline, banging cocktails, and top street food. It’s “here for a good time, not a long time” though, so make the most of it! 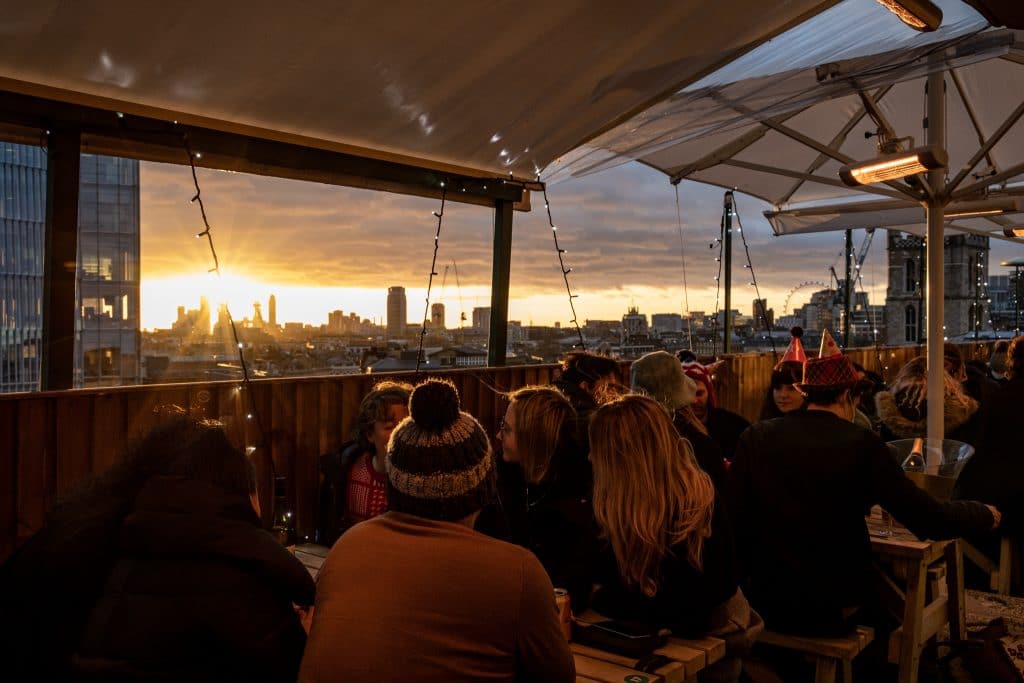 Just a stone’s throw away from London Bridge station, London Bridge Rooftop might not be blessed with the most imaginative name, but it’s got plenty of shiny trinkets to make up for it. For starters, the views; the rooftop bar is found on the sixth floor of a 1970s brutalist office block next to the Thames. The Shard is mere metres away and towers impressively over the space, whilst you’ll also see St Paul’s Cathedral, the London Eye, and the Tower of London from up here. 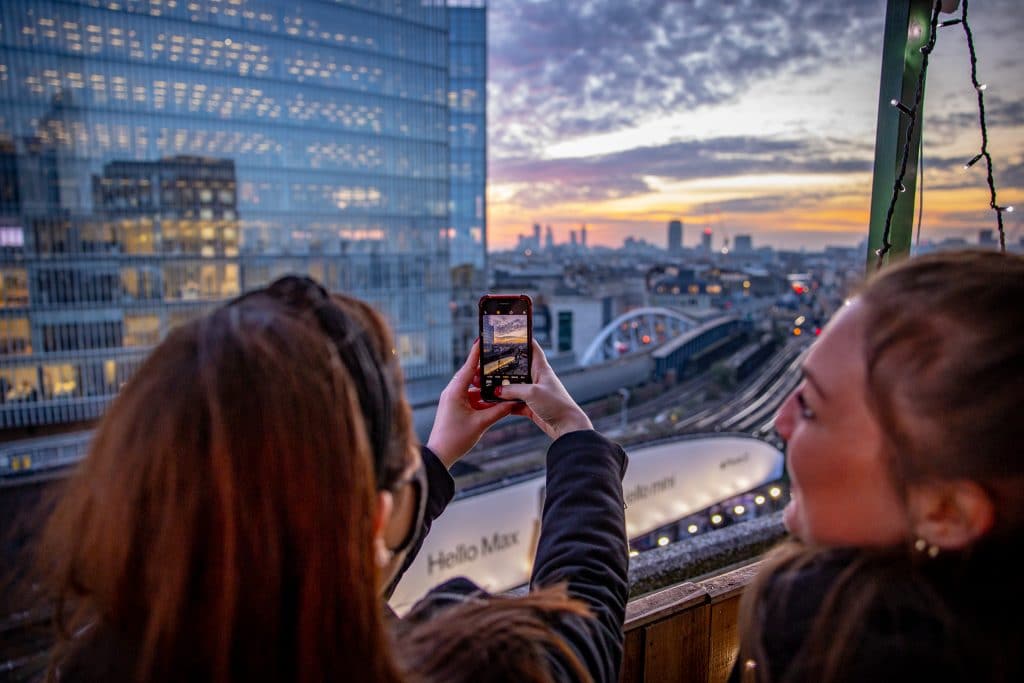 Transformed with fairy lights and lush foliage, the rooftop is an excellent spot to catch up with friends over burgers and pints. Speaking of which, those burgers are made with beef from Borough Market butchers Ginger Pig, and cooked by chef Sebastian Cooke, who’s only gone and cooked for the royals in the past. The Maple Bacon, topped with Ginger Pig maple bacon, confit beer onions, pink onion pickles, and double American cheese, is a tantalising prospect, whilst the Vegan Royale will tempt many. 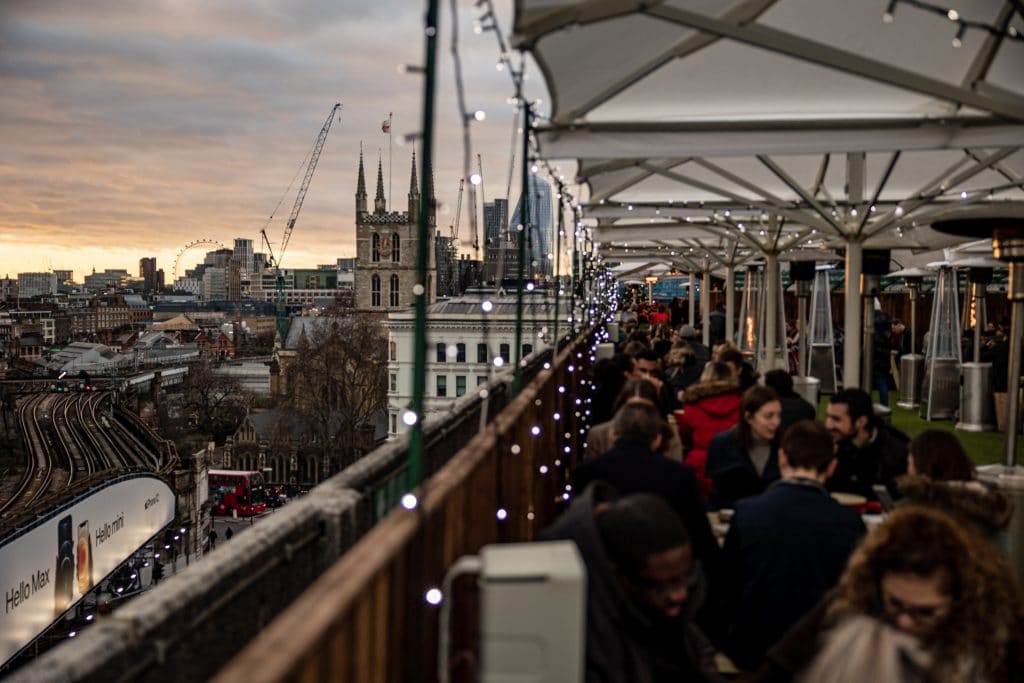 London Bridge Rooftop promises sunset cocktails from the bar, and they’re also running ‘Aperol Sundays’ from 12-4pm, which features £5 Aperol cocktails. Additionally, the space will boast live music and DJs everyday, along with rooftop brunches and screenings of every Euro 2020 match. You can book yourself a table for free between Sunday and Friday, or for £5 per person on Saturday, whilst walk-ins will be accepted depending on availability. Really, it’s one rooftop taking the festivities to new heights!