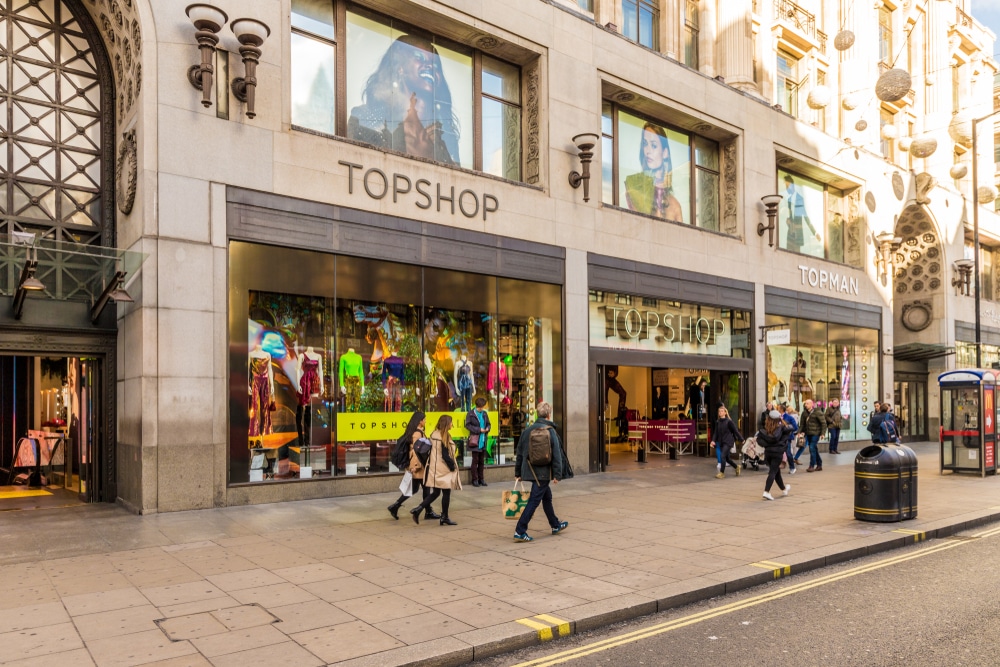 Topshop’s flagship store is closing its doors for good. It’s the end of an era…

2020 may be over but unfortunately, the bad news just keeps rolling in. It has just been announced that Topshop’s iconic flagship store on Oxford Street has officially closed down! If you listen carefully, you’ll hear the faint cries of fashionistas all over the city. There was truly no greater feeling than exiting Oxford Circus Station and having Topshop greet you with open arms. Farewell old friend, we miss you already.

SEE ALSO: 10 of The Very Best Chocolate Shops In London To Satisfy Your Sweet Tooth

It was revealed last November that Arcadia Group, the retail company consisting of high street stores such as Topshop, Dorothy Perkins and Burtons, would be going into administration. And it has now come to light that two real estate agencies have been commissioned to “oversee the sale of the empire’s former flagship Topshop store.” Well, this is depressing…

Topshop’s flagship store opened its doors in 1994 and very quickly became one of London’s most popular destinations. The 90,000-square foot venue used to attract a daily average of 28,000 customers all eager to roam around its five floors (pre-pandemic, of course). Whether you entered to buy a new outfit, window shop, listen to the epic DJs, take a quick selfie in their mirrors or were reluctantly dragged inside by a friend or significant other, it was virtually impossible to head to Oxford Street and not spend some time at Topshop. We would even go as far as to say that it was a London landmark in itself.

“Meet me by the big Topshop” is truly over https://t.co/DxcVpvqN83

We don’t know what will replace this iconic store, but we do know they have some pretty big shoes to fill.

If you need some cheering up, here are 21 wonderful things to do in London in 2021.