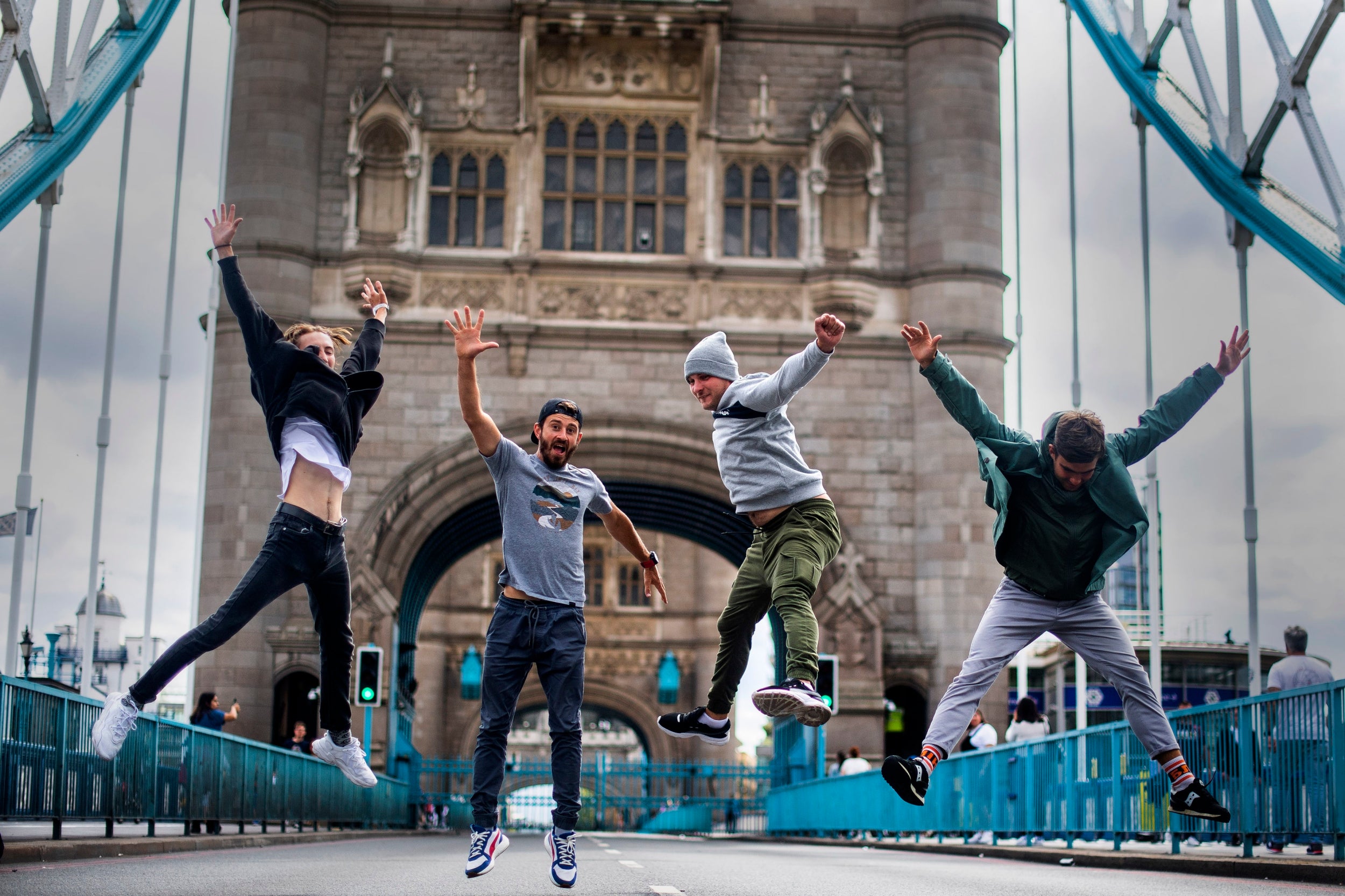 Swathes of people made the most of a rare opportunity to pose on an empty Tower Bridge over the weekend as the London landmark was closed to traffic.

The famous drawbridge got stuck open after it was hit by a technical fault on Saturday.

Before the problem was fixed on Sunday afternoon, tourists had 24 hours to take full advantage of the car-free bridge.

People were snapped jumping into the air and smiling in the deserted road.

Bridge and groom Jenny Nguyen and Tony Cao, from Vietnam, also paid a visit to the bridge for a once-in-a-lifetime photo opportunity.

Another man was captured lying down in the middle of the road which is usually traversed by around 21,000 cars a day.

The famous bridge’s arms lift around 850 times a year over the River Thames but they got stuck on Saturday afternoon after opening to let a ship pass through.

Queues of motorists and pedestrians were left waiting for at least an hour from both directions.

A witness said: “According to the security radios we overheard there are multiple failures.”

City of London Police said engineers rushed to fix the bridge as drivers were urged to avoid the area.

Its Twitter account said: “Tower Bridge is currently closed to pedestrians and traffic, due to a mechanical fault.”

Another commented: “Yep, tower bridge definitely stuck! One side started to come down but the other didn’t! #towerbridge #londontraffic.”

The bridge connects the Square Mile financial district to Southwark.

In 2005, police closed the bridge for 10 hours after a technical problem meant the arms could not be lowered. 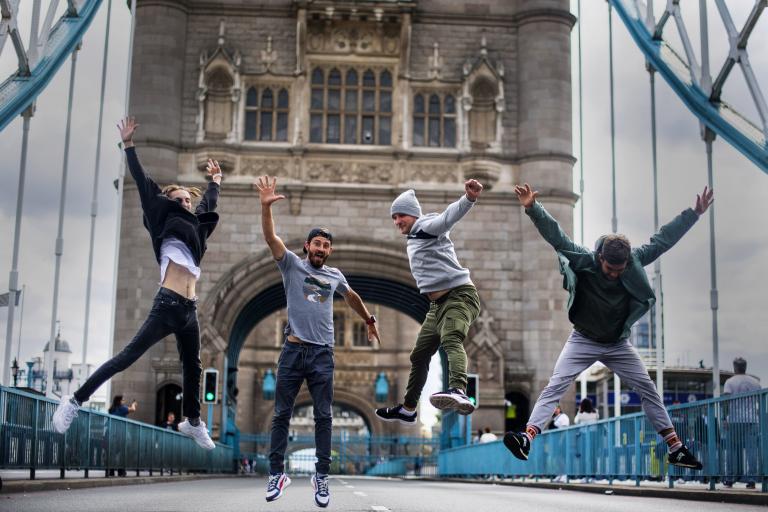