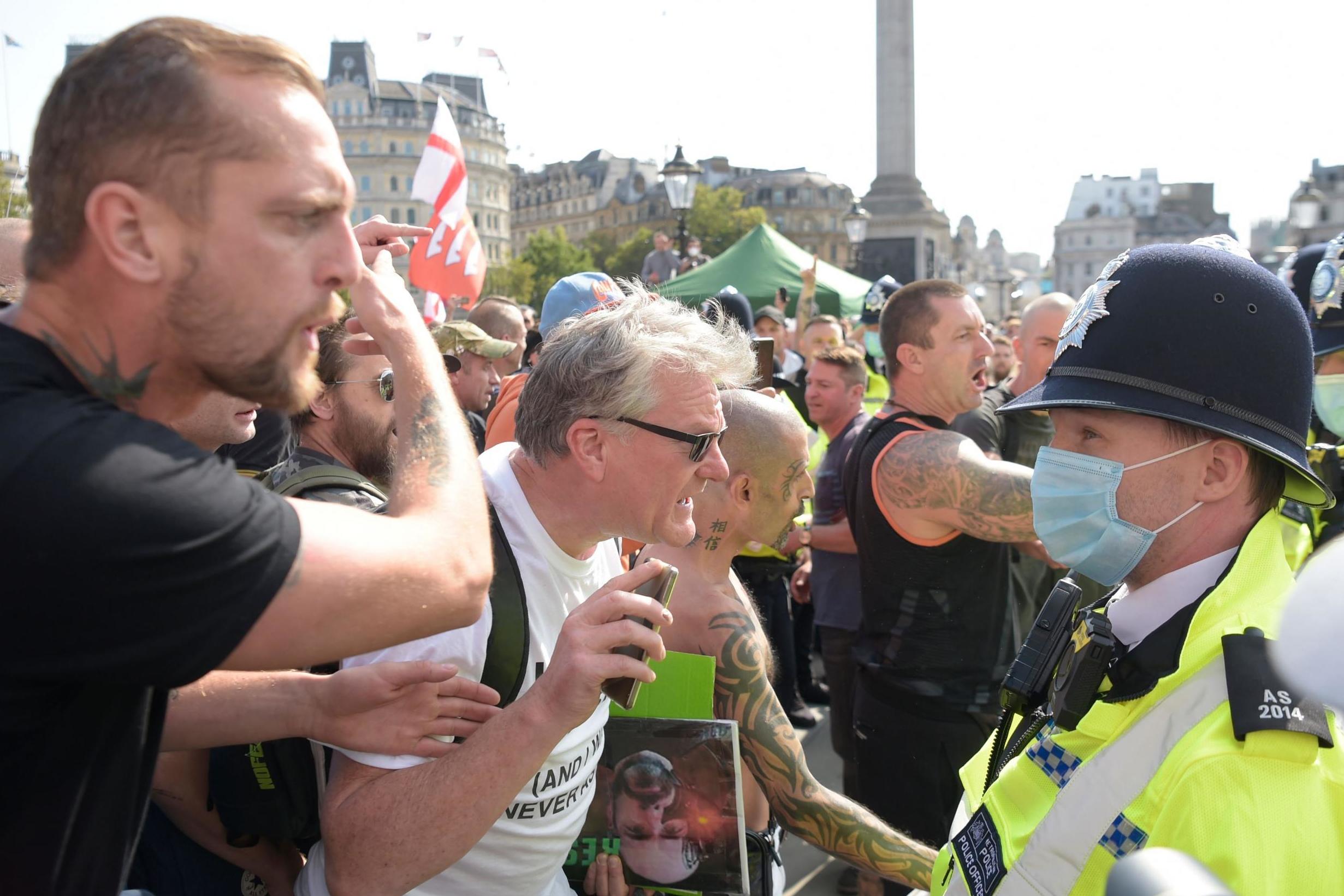 Thousands of people have descended on central London to protest against mass coronavirus vaccinations.

Some branded the Covid-19 pandemic a “scam”, while others read: “Save our rights. No mandated vaccines.”

One protester held a banner calling for the Government’s Sage scientific advisers to be sacked, as another’s declared Covid-19 a “hoax”.

Organisers sold t-shirts bearing 5G conspiracy theories and advocating the legalisation of cannabis as a range of speeches were made to the crowd.

Addressing the crowd to huge cheers, organiser Kate Shemirani said: “We are the resistance.”

Scuffles broke out between some demonstrators and police, with officers moving in on protesters as they congregated near Nelson’s column.

The protesters formed human blockades opposite the officers to stop them from making arrests.

Disputes broke out between the two sides next to the National Gallery, before officers were pushed back by the loud crowd, who began cheering and chanting.

Dozens of Metropolitan Police officers, including some on horseback, later moved in for a second attempt to break up the gathering in Trafalgar Square.

Traffic was brought to a halt as protesters erected a blockade in a bid to prevent officers from making arrests.

One protester hit a London taxi after the driver beeped in frustration. The protester then appeared to spit through the window at the driver.

The Met has ordered the protesters to disperse or face arrest as they said people have been “putting themselves and others at risk”.

Some of the protesters have been “hostile” and “violent” towards officers who had attempted to “explain, engage and encourage them to leave”, said the force.

“This, coupled with pockets of hostility and outbreaks of violence towards officers, means we will now be taking enforcement action to disperse those who remain in the area,” said the Met in a statement.

“Those who remain may get arrested. It is important to remember that we are still in the middle of a global pandemic, and the changes have been introduced to help control the spread of the virus, keep everybody safe and save lives.

“We encourage those in attendance to leave the area immediately.”

“I know that vaccines make people sick, you should not trust the Government, the doctors and the media, they are lying about the Covid-19 vaccine.

“Vaccines have not been safety-tested, they tell you when you take a vaccine you’ll get a little bit of swelling, is that true? No.

“You can get multiple sclerosis and allergies, when I talk to parents, there are 12 known diseases you can get.

“If you’re a parent, auntie, grandparent, cousin or neighbour, we’re here to say the truth will come out.”

The UCD has previously disassociated itself from views on Covid-19 aired by Prof Cahill, who also chairs the Eurosceptic Irish Freedom Party, the Irish Times reported.

Early on in Covid-19 outbreak in Europe, World Health Organisation (WHO) director-general Dr Tedros Adhanom Ghebreyesus had issued a warning about the dangers of misinformation around the virus.

“I would also like to speak briefly about the importance of facts, not fear,” Dr Tedros said. “People must have access to accurate information to protect themselves and others.”


He added: “At the WHO we’re not just battling the virus, we’re also battling the trolls and conspiracy theories that undermine our response.”

Speaking to nurses at a London GP surgery in July, the Prime Minister said: “There’s all these anti-vaxxers now. They are nuts, they are nuts.” 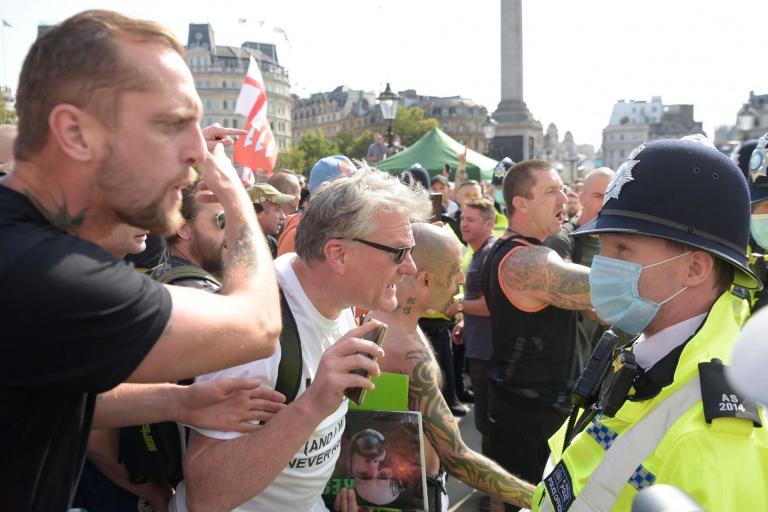