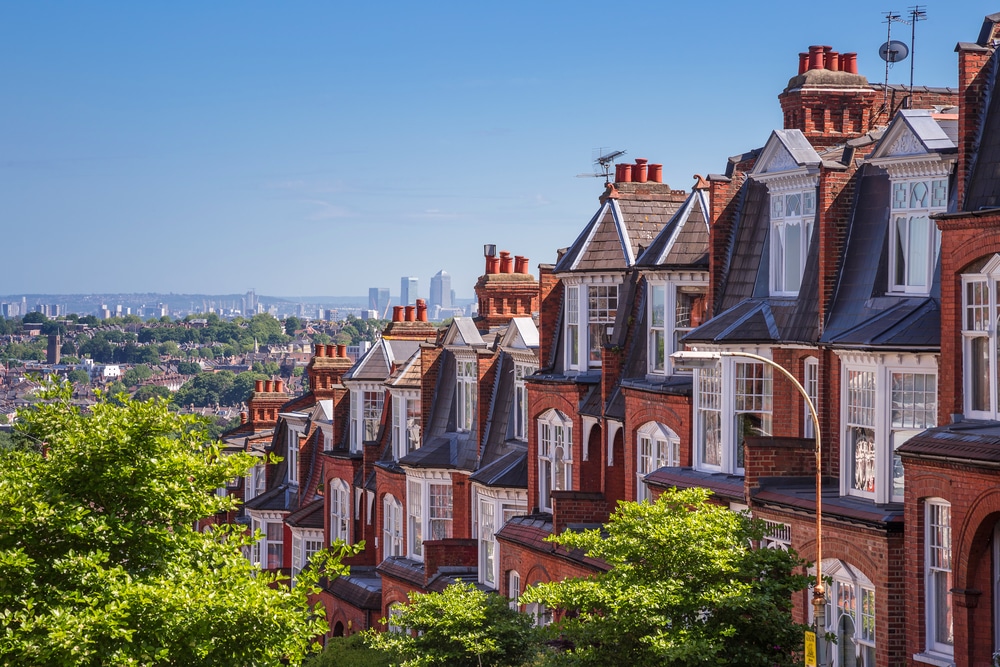 The battle for London’s most-hated neighbourhood is on, and the contenders are lining up in their droves.

The sun is shining, it’s a beautiful day, so naturally it’s the perfect time to hate on the parts of London that you dislike, disdain, or have generally been wronged by sometime in the past decade. London’s most-hated neighbourhood is a contentious issue, but author and political journalist Marie Le Conte fearlessly went there, posing the provocative question on Twitter earlier today.

what’s the London neighbourhood you hate the most for the flimsiest reason? I’ve been dragged to Stoke Newington by friends living in Stoke Newington and refusing to go elsewhere so many times I can get myself seething just thinking about the words “Stoke Newington”

Stop. Just stop right there, and focus on the name that’s just popped into your mind, unbidden. Because chances are you’re all thinking of the same place, the London neighbourhood that’s easiest to hate, simply because it presents the biggest, most obvious, and slowest-moving target. Yes, I am of course referring to…

Clapham – it feels like it’s the evolutionary link for university graduates who aren’t willing to fully commit to London. That and it’s housed solely by rugby lads and estate agents.

I had a terrible night out in Clapham. I now hate Clapham. I have yet to go there in the day time

EVERY ANSWER THAT ISNT CLAPHAM IS WRONG

Yes, poor old Clapham – or Wankerville, as it is oft affectionately known – once again drew a lot of immediate flak in the battle for London’s most-hated neighbourhood. It’s also inspiring a fair bit of soul-searching from yours truly, since it’s where I live, and one tweet in particular seemed engineered to target me personally:

If you are a Rah Rah Durham graduate (other Durham grads are available) you MUST move to Clapham. It’s some kind of hostel for them, I think.

My apparently awful life choices aside – realising you’re a walking cliche is heavy weather for a Wednesday – enough people had agreed for “Clapham” to be briefly trending on Twitter earlier today. So ubiquitous was the scorn that Clapham was even roped to provide sick burns for other unfortunate parts of town:

Islington. It’s just Clapham for people who once read a book.

All of the above was, admittedly, unsurprising (admit it, that’s where your mind went too), but Clapham actually had a fair amount of competition when it came to snagging the title of most-hated neighbourhood. Perhaps in deference to the original tweet, punters lined up to take shots at Stoke Newington.

My theory is everyone who moves to “Stokey” is obliged to pretend it’s brilliant because it takes approximately 3.5 hours in any direction to escape it.

Stoke Newington- pretty sure it’s virtually impossible to get there quickly from any other part of London.

First time I went out in Shoreditch also resented it. Everyone too ‘cool’ for me and took an age to get in anywhere.

– if god wanted me to go to Stoke Newington she wouldn’t have put it further away than Xanadu
– Ladbroke Grove – no specific reason, I just hate & resent it
– Catford bc I spent an unhappy February eating packed lunch on a bench outside the office that wouldn’t let me eat inside

Meanwhile, some people spurned the “neighbourhood” angle and just went in on a big ol’ slice of London.

All of West London.

In their haste to condemn the entirety of West London, these fine folks forgot the first rule of the game: finding the flimsiest reason possible. Which did provide some illuminating and hilarious answers.

Holloway – I once went to a disappointing Halloween party there.

I live in Holloway and can confirm that the whole thing is a disappointing Halloween party.

Streatham, because it’s too far from everything and I had an emotionally complicated New Year’s Eve there once involving jetlag and a misread text that ultimately partially led to my shitty marriage.

Which is a lot to put on poor Streatham, but whatever.

Also I hold a strong resentment to twickenham after a friend hyped for months that she was “moving to London” and then got a flat in fucking twickenham. It’s not London.

(To be fair, that one is perfectly understandable.)

Oh, and if you think your neighbourhood escaped unscathed, think again, because this circular firing squad has the whole city in its sights.

Crouch End is sooooo far. Like almost in The North. And when you get there it’s just an up-itself East Dulwich. But with no convenient green space.

Hackney is not a personality, people

Islington, because everyone seems to be living in three storey houses they bought in the 90s for £18 and a packet of crisps

Camden. You think it *must* be a cool place to hang out, but it’s just full of shops selling London tat, tourists and people trying to aggressively sell you drugs. But you’re forced to go there sometimes because of decent gigs

stratford. no one has ever truly been happy in stratford

Care to expand on that?

it is a soul sucking place, being there is deleterious to people’s wellbeing. it’s a postcode made entirely of ikea furniture assembled by people whose marriages are failing and you can tell. there is nothing good there

Hoxton. What even is Hoxton? Pollution and trendy beards, that’s what. 2 stars.

It barely merits the term but I loathe the South Bank. It’s for people who want to go to London but have no idea where to go. I love the BFI so will tolerate it for that but otherwise it’s just deathly and only reminds me how much we fucked up this “having a river” thing.

Battersea for me..how can soemthing so central be so bloody hard to get to?

Hating on London boroughs feels like shooting fish in a barrel. But Wembley. I hate Wembley.

I got hauled out to Stratford from Lambeth for a sub par birthday that ended up in Soho anyway. The absolute indescribable cheek.

Can’t believe no-one has said Putney. Full to the brim of yah-yahs and on the fucking District Line.

Has anyone here been to Mitcham?
Don’t.

Balham. Lived there for a year and hated it. So many brunch places and yet always a queue. Like an even more non-descript Clapham, minus the only good thing in Clapham, the green space. Spent all my time in wonderful Tooting instead.

But of course, all destinations and reasons paled in comparison to this show-stopping tweet:

Wandsworth. They put me in prison there for 9 months.

Of course, here at Secret London we love all London neighbourhoods and boroughs equally, and that shall remain the official party line. Meanwhile, I’m off to SpareRoom now for reasons that have nothing to do with this thread. Nothing at all…