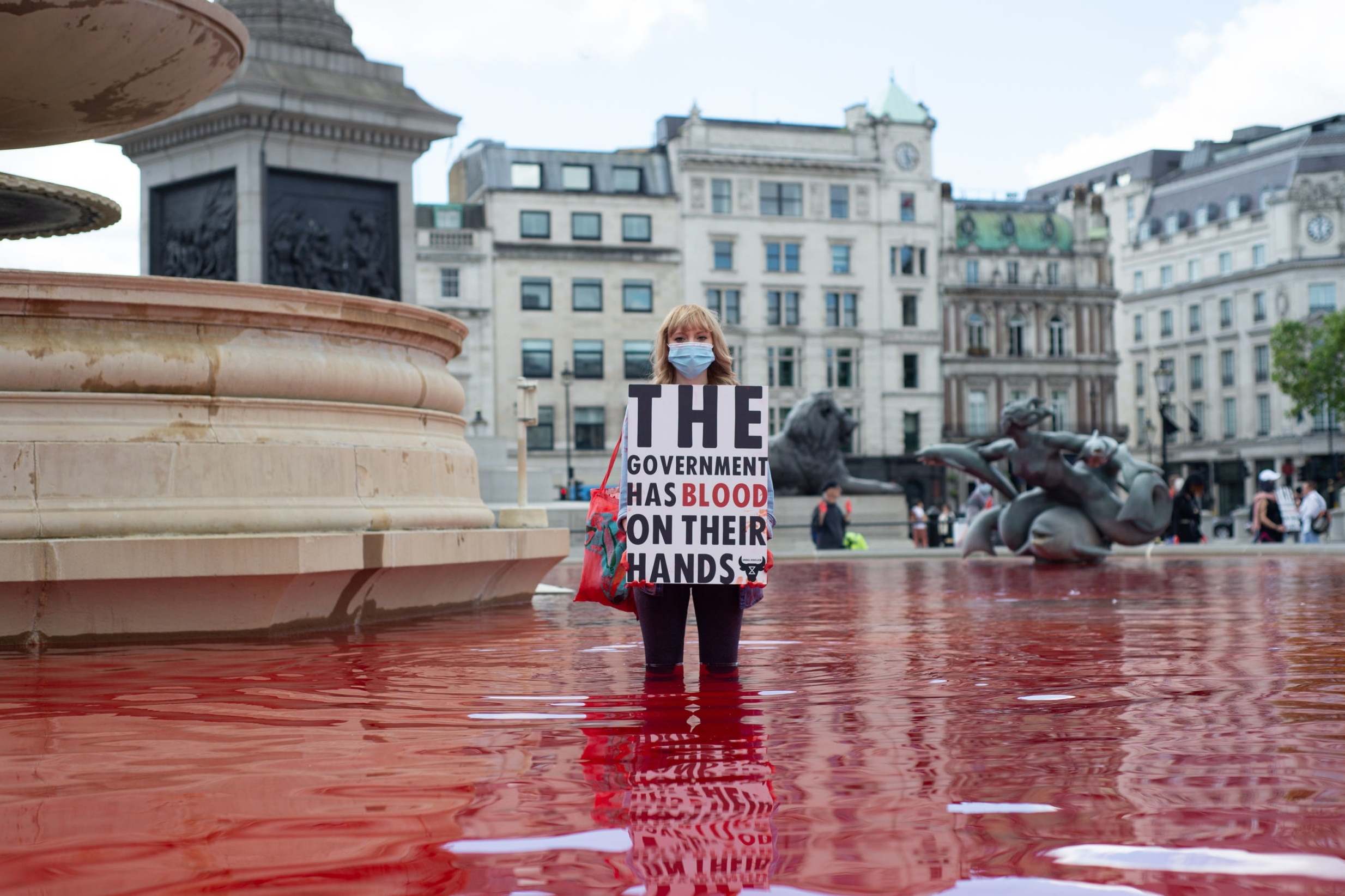 Animal Rebellion called for the action to symbolise “blood on the hands” of the Government in light of the coronavirus pandemic.

In a statement posted on social media, they said the Covid-19 outbreak could have been prevented if the world had ditched animal farming and embraced a plant-based diet instead.

Sharing footage of one of their protesters standing defiantly in the red water, the group tweeted: “The Government has blood on their hands.”

“This crisis could have been prevented.

“The science tells us that three out of every four new infectious diseases originate from animals.”

They continued: “We are here today to demand that the government prevent future pandemics by ending animal farming and transitioning to a plant-based food system.”

Videos taken at the scene show police officers approaching the fountains as the demonstrators share their dramatic message.

While some activists poured dye into the fountain’s waters, others held placards and staged a socially distanced protest in the square.

The group said the action was coordinated with protests in 20 cities, including Bristol, Brighton and New York.

Kieran Blyth, another spokesman, said: “These unsatisfactory and dangerous measures will only increase the risk of future pandemics.

“The Government are playing with the potential of tens of thousands more deaths.”

Southwark MPS confirmed shortly before 3.30pm that they had detained two people over the protest.

The force tweeted: “Two people have been arrested on suspicion of criminal damage following an incident at the fountains in Trafalgar Square earlier today.

“They remain in custody.” 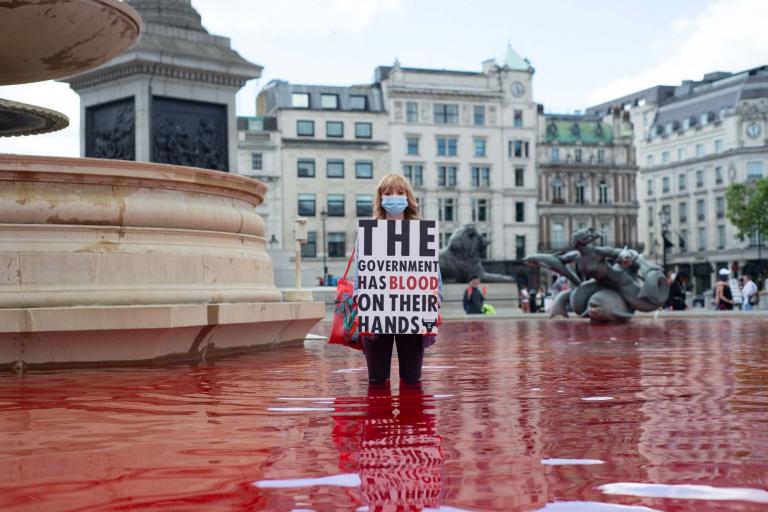