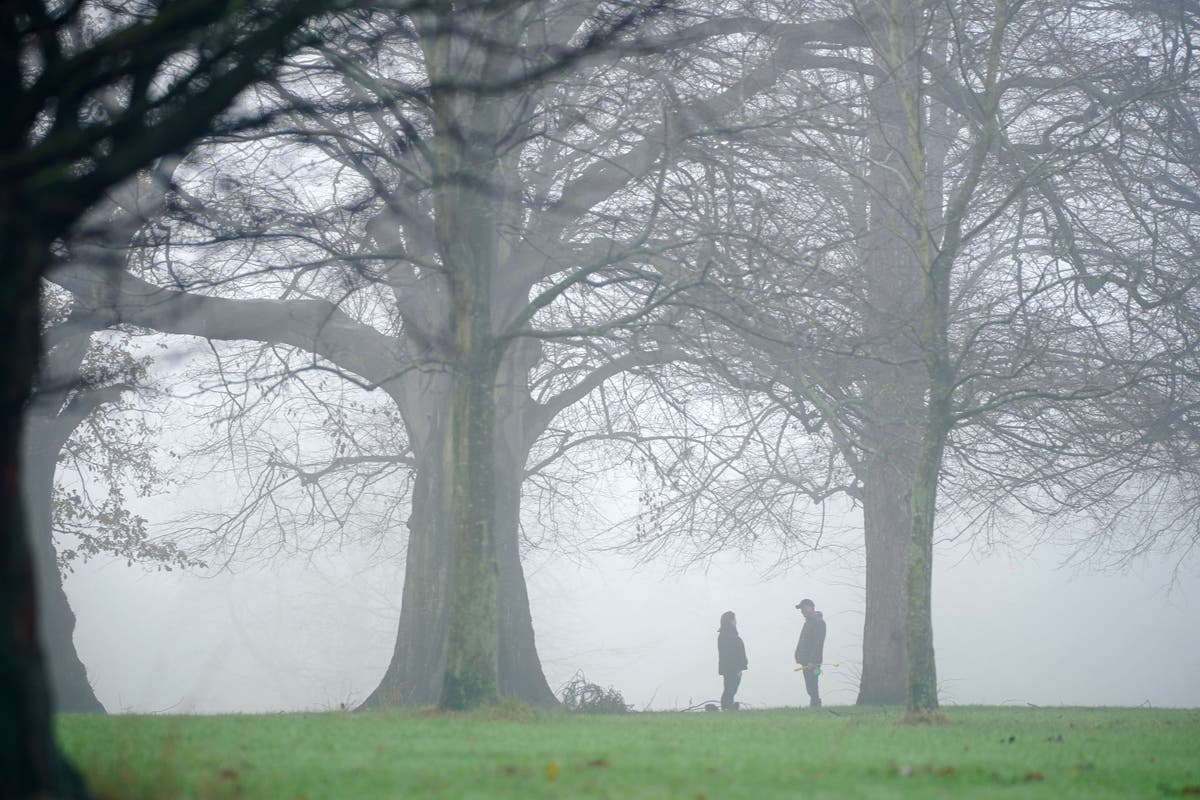 The forecaster has issued a yellow weather warning for fog from 10pm Tuesday, lasting until midday Wednesday.

The “dense fog patches” are “likely to cause some travel disruption overnight and during Wednesday morning”, the warning states.

The area affected stretches from Taunton in the west through St Albans to Chelsmford and Norwich, as well as up to Birmingham.

For people living in those areas, “slower journey times with delays to bus and train services” are possible and a chance of delayed or cancelled flights.

According to the forecaster, Londoners are set for light rain and drizzle gradually clearing southeastwards throughout Tuesday evening.

The Met Office said: “Skies [are] probably mostly clearing, and this will allow some frost and fog to develop. Perhaps remaining damp and cloudy across Kent. Minimum Temperature -2 °C.”

While many people will be waking up to fog on Thursday, Londoners will largely escape.

The capital will be colder than the mild temperatures seen recently.

“Otherwise fine with sunshine, but appreciably colder than of late, despite light winds and eventual near-average temperatures by afternoon. Maximum Temperature 8 °C.”

From Thursday, the forecasters say it will be “fine and settled”, with some sunshine in the day but overnight frosts.