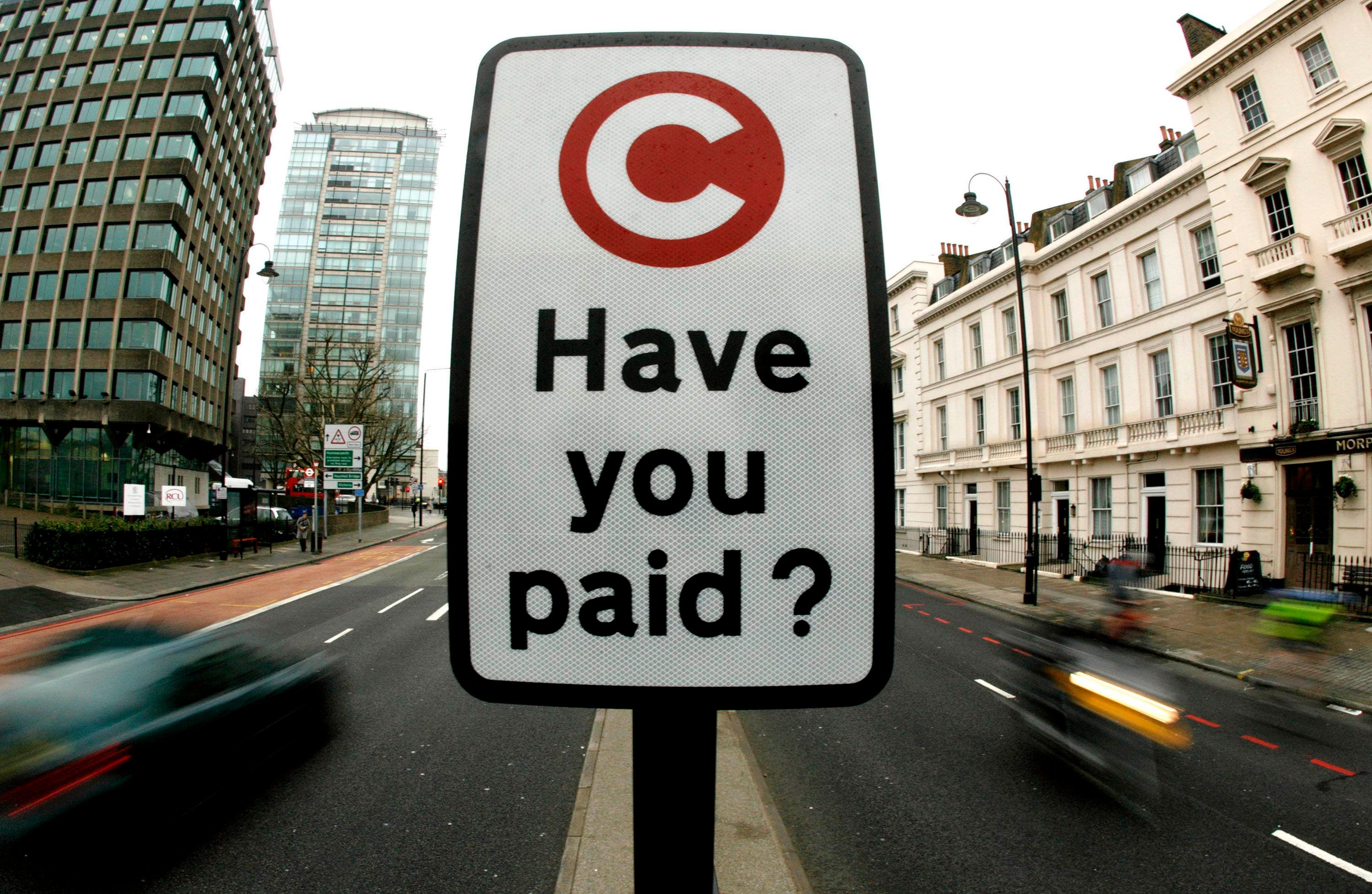 A legal challenge made over a decision by the Mayor of London to introduce the congestion charge for minicab drivers has been rejected by Court of Appeal judges.

Sadiq Khan’s decision, which came into effect in April last year, removed an exemption from the congestion charge for all private hire vehicles, except those that are wheelchair accessible.

The congestion charge for the capital is currently £15 per day, including weekends.

The IWGB challenged the Mayor’s decision at the High Court, but in July last year Mr Justice Lewis dismissed the union’s claim, saying the decision was “a proportionate means of achieving a legitimate aim, namely the reduction of traffic and congestion within the congestion charge zone without reducing the number of designated wheelchair-accessible vehicles”.

The Mayor had opposed the IWGB’s challenge.

The IWGB took its case to the Court of Appeal, but in a ruling on Wednesday three senior judges dismissed the union’s appeal.

They ruled that even when the decision was subjected to high standards of scrutiny, the Mayor was entitled to introduce the measure.

Lady Justice Simler said: “Although this is a case in which an increased level of scrutiny is called for, that does not mean no margin of discretion is to be accorded to the decision maker.

“To the contrary, in my judgment the Mayor had some margin of discretion both as to the aims and as to means adopted to achieve them.”

The ruling noted that it was “common ground” that 94% of licensed minicab drivers in London are from black and minority ethnic backgrounds (BAME), with 71% of minicab drivers living in the most deprived areas of London, with earnings of, on average, less than £23,000 per year.

In comparison, the ruling says, 88% of black cab drivers – who remain exempt from the charge – are white.

Lady Justice Simler noted: “This significant disparity of impact between black and minority ethnic minicab drivers on low incomes on the one hand and white taxi drivers on the other is stark and has raised legitimate questions about the measure adopted by the Mayor.

“It has made this appeal particularly troubling.”

Chancellor of the High Court Sir Geoffrey Vos said he agreed with the ruling, adding: “I too found the case troubling.

“At first sight, the measure adopted by the Mayor looked as if it might have been targeted at (mostly BAME) minicab drivers who are deprived of the exemption, leaving (mostly white) taxi drivers exempt from the congestion charge.

“It seemed to us, as we have now held, that stringent scrutiny would be required to justify such a state of affairs.

“On careful analysis, however, I have been persuaded that appearances were indeed deceptive.

“First, there is no real doubt that the Mayor’s overwhelming and legitimate aim was to reduce traffic and congestion in the zone.

“Secondly, it became clear that the only effective way of doing so would be to address the exponential rise both in the absolute number of minicab drivers operating in London and in those entering the zone. Fewer private cars and taxis were doing so, but minicabs continued to increase.

“Thirdly, there was no purpose in interfering with the exemption accorded to taxis, because taxis provide unique advantages to Londoners. They allow wheelchair-bound passengers to travel and are required to carry passengers under a raft of regulations that do not affect minicabs.

“In short, the measure and its discriminatory impact on BAME minicab drivers was, in my judgment, justified by the legitimate aim of reducing traffic, congestion and pollution.”