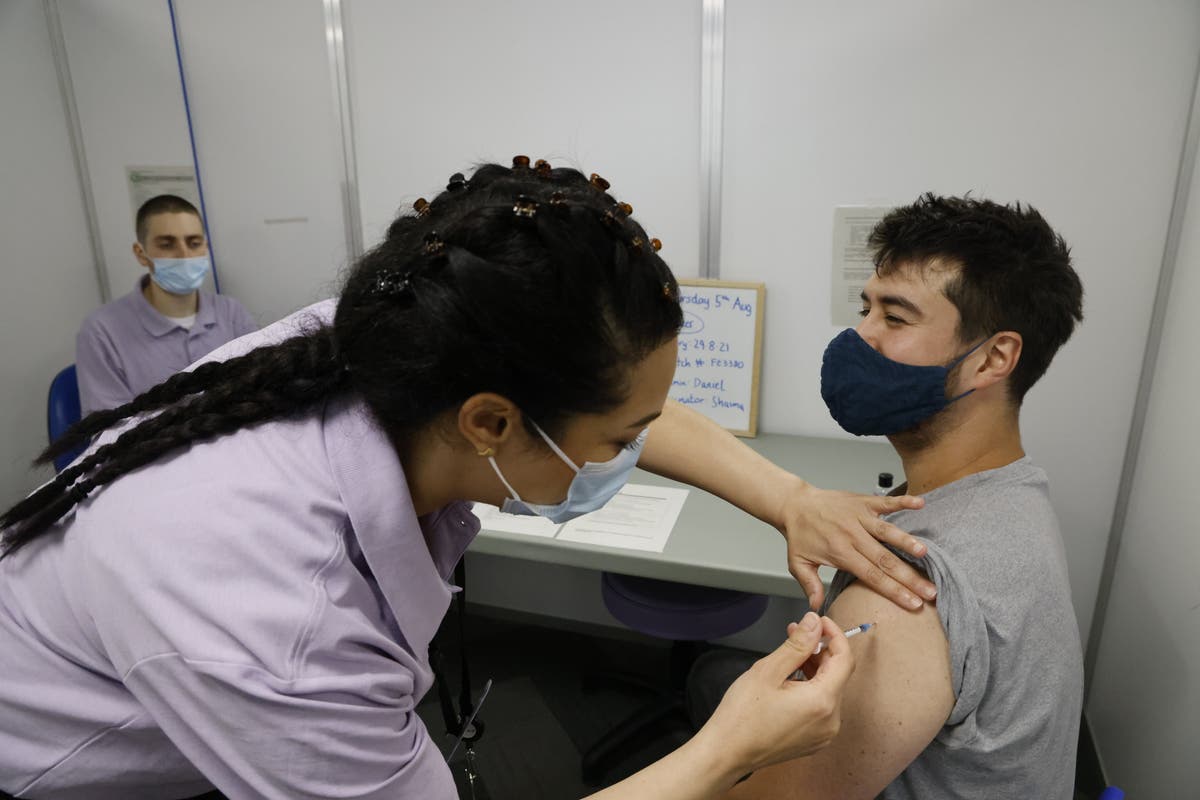 p to one in five young people in outer London are reluctant to receive a Covid vaccine, it has been revealed.

The 15 per cent score was the third highest comparative rate in the country – after the West Midlands and Liverpool – and may help to explain why the capital’s vaccination roll-out has slowed.

Only 5,802 first jabs were administered to London residents on Saturday, meaning about a million people aged 18 or older remain unvaccinated.

Mondays’ ONS figures showed that, across the UK for the period between June 23 to July 18, overall vaccine hesitancy remained at four per cent, with 96 per cent of Britons positive about the jab.

However, overall hesitancy in London was seven per cent – though this has fallen from 11 per cent. It was six per cent in inner London and eight per cent in outer London.

Across the country, vaccine hesitancy appeared to have decreased slightly among the youngest age groups, having fallen from 14 per cent to 11 per cent among those aged 16 to 17 years – a group that will this week start to receive the Pfizer jab.

Black or black British adults had the highest rates of vaccine hesitancy (21 per cent) compared with White adults (four per cent).

Adults living in the most deprived areas of England were more likely to report vaccine hesitancy, as were those who were unemployed.