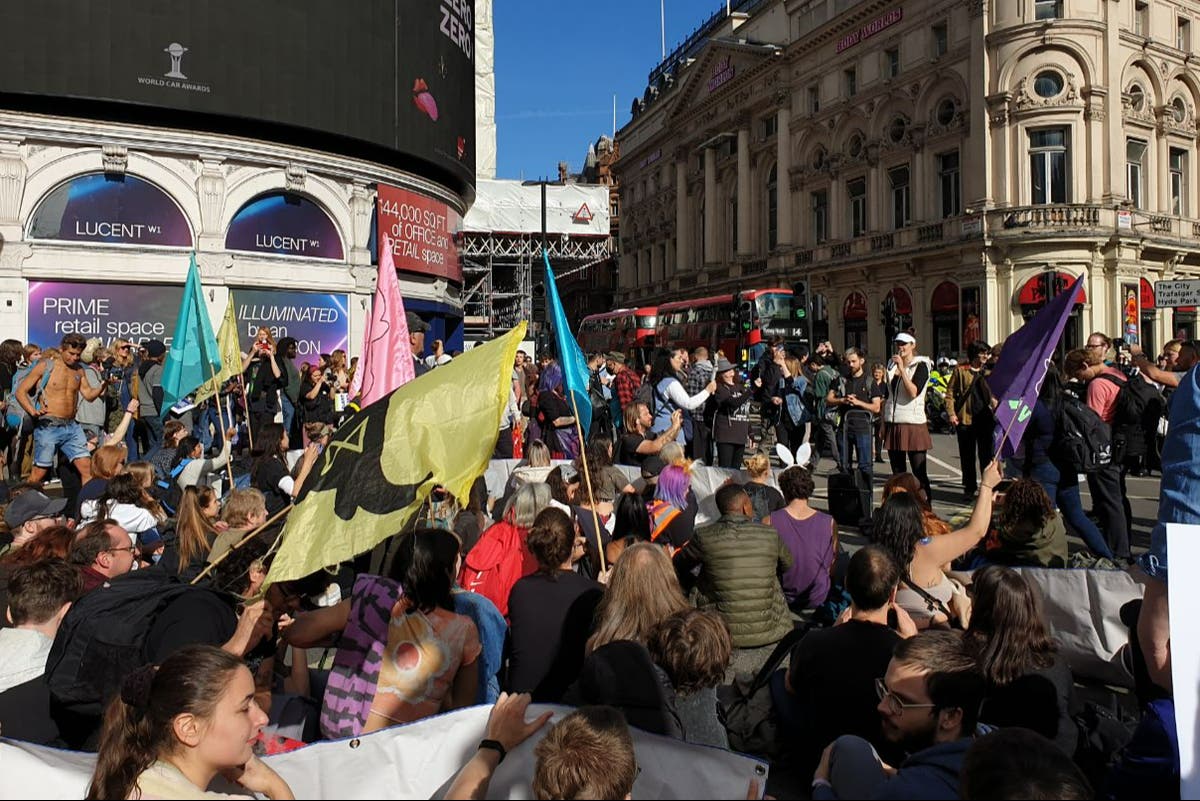 Hundreds of activists from Animal Rebellion began protesting in Green Park in a bid to “highlight the need to transition to a plant-based food system”.

According to the group, 50 people were arrested following protests on Saturday.

Earlier, Animal Rebellion wrote on Twitter: “Animal Rebellion have poured red paint on the floors of Farlow’s fishing, hunting and shooting supply store as well as placed paper flowers outside the front of the shop.

“We need the government to support farmers in an urgent transition to a plant-based food system.”

It comes after two members of the group, which is affiliated to Extinction Rebellion, targeted Fortnum & Mason on Piccadilly on Friday morning by taking milk from the shelves and emptying it on the floor. Security staff led them out of the shop.

They then went to Selfridges on Oxford Street and poured milk on a cheese display. An onlooker was heard objecting and swearing at them. The activists were escorted out.

The group claimed that both activists who targeted Fortnum & Mason have since been arrested. The Metropolitan Police has been contacted for comment.

Last month group members were arrested for spraying white paint on the gates below Big Ben.