Is your preferred pasta dish ‘as much as possible’? Head to Eataly!

The world’s largest Italian food market and “bigger is better” advocates Eataly have long planned their first UK location right here in London – and after nearly three years of anticipation, the massive food market and restaurant hub has finally opened to the public. Founded in Italy, the chain has swept the States with stores in New York, LA and Chicago, while also expanding worldwide with halls in Moscow, Tokyo, and Munich. It’s a wonder it’s taken them so long to get to London, actually… 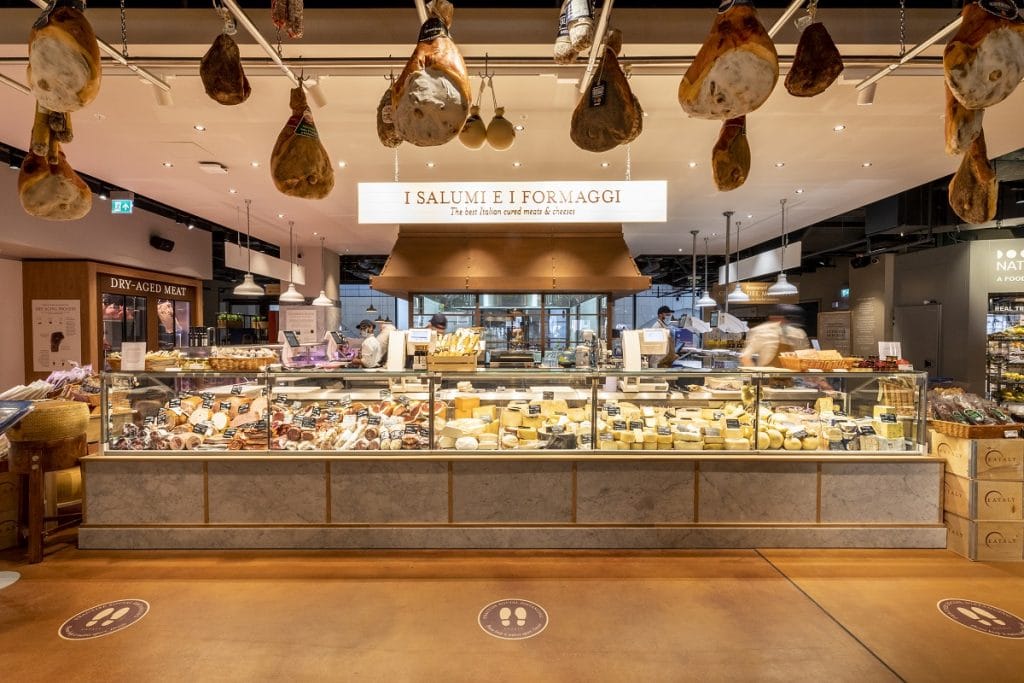 SEE ALSO: All The Delicious London Food Markets You Need To Visit

We’re talking pasta, cured meats, fabulous cheeses, olive oils, sauces, plus panettone, coffee, ciabatta, ravioli, gelato – and everything else you might need to cook up a tempesta at home. Eataly London was in the works for almost three years, before finally being revealed to the adoring public in April 2021. 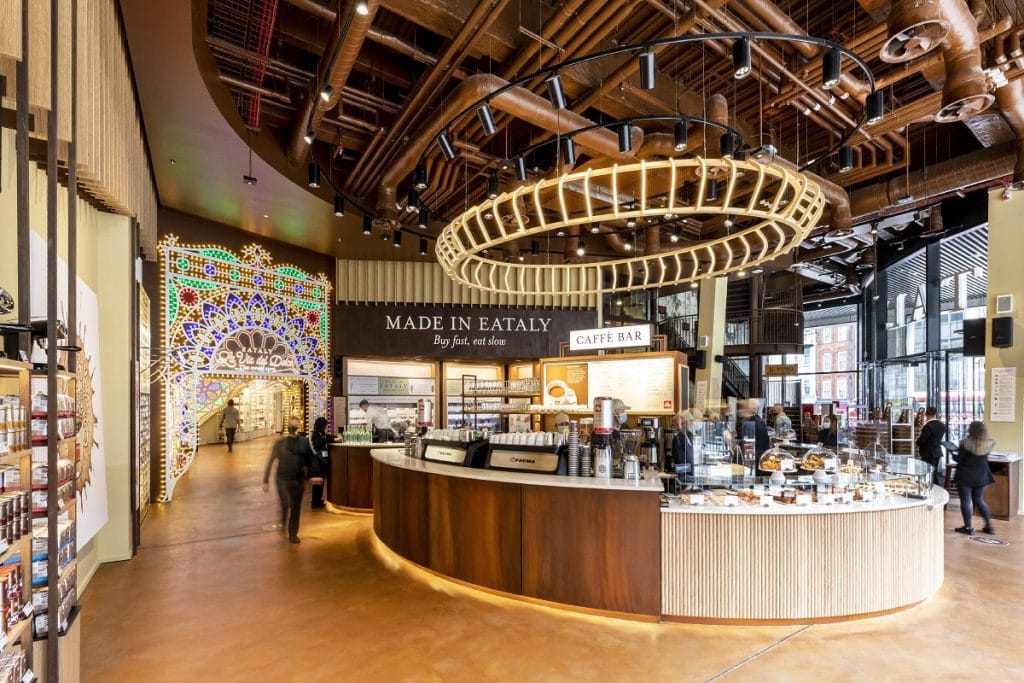 The main attractions at Eataly are the market and retail space, along with takeaway eateries and their fancy outdoor dining space, La Terrazza di Eataly, home to Italian sharing dishes and an Aperol Spritzeria, which is exactly what it sounds like. Seriously, the whole place is stuffed – calzone-like – full of temptations. Over 5000 Italian and local food products will be found here, with cured meat, cheese counters, and Via del Dolce (the Sweet Spot), which serves fresh-baked Italian cakes, pastries, cannolis, and handmade gelato. You can also expect a pretty serious wine collection; Eataly fields some 2000 wines, making it the largest Italian wine collection in London. 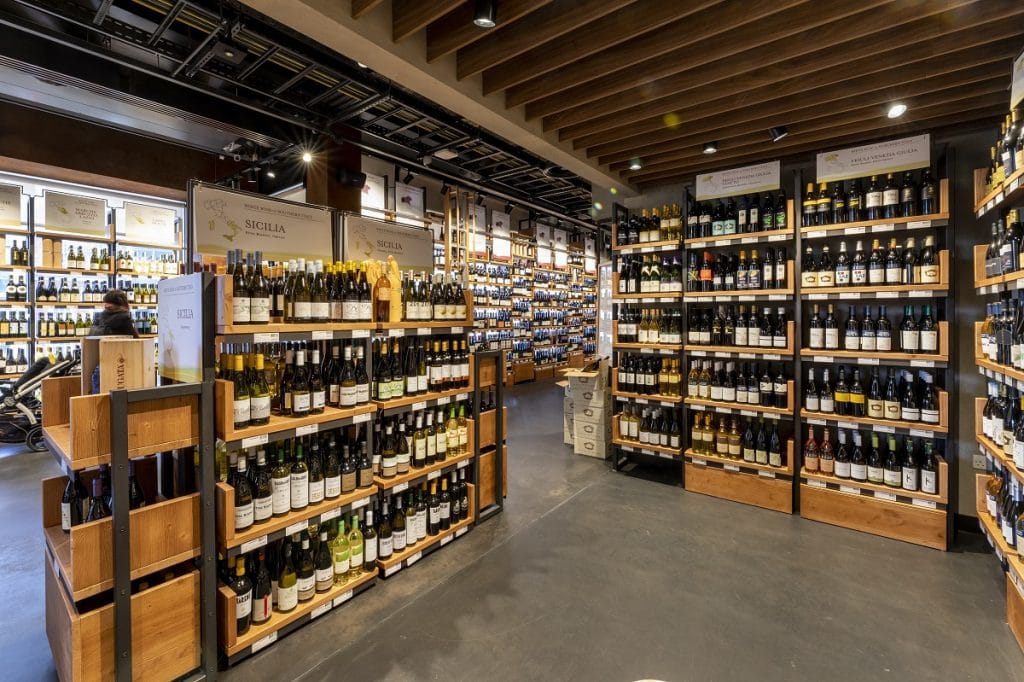 The takeaway restaurants include Pizza all Pala, which serves Roman-style pizza, Pasta Fresca Bar (fresh pasta), and Made In Eataly, which offers a winsome mix of paninis, focaccia, salads, and other classic meals. The Gran Caffe illy will serve coffee to fuel your wanders around the market, and these hallowed halls of deliciousness will also house a bulk refill section: the first Eataly packaging-free area in the world. 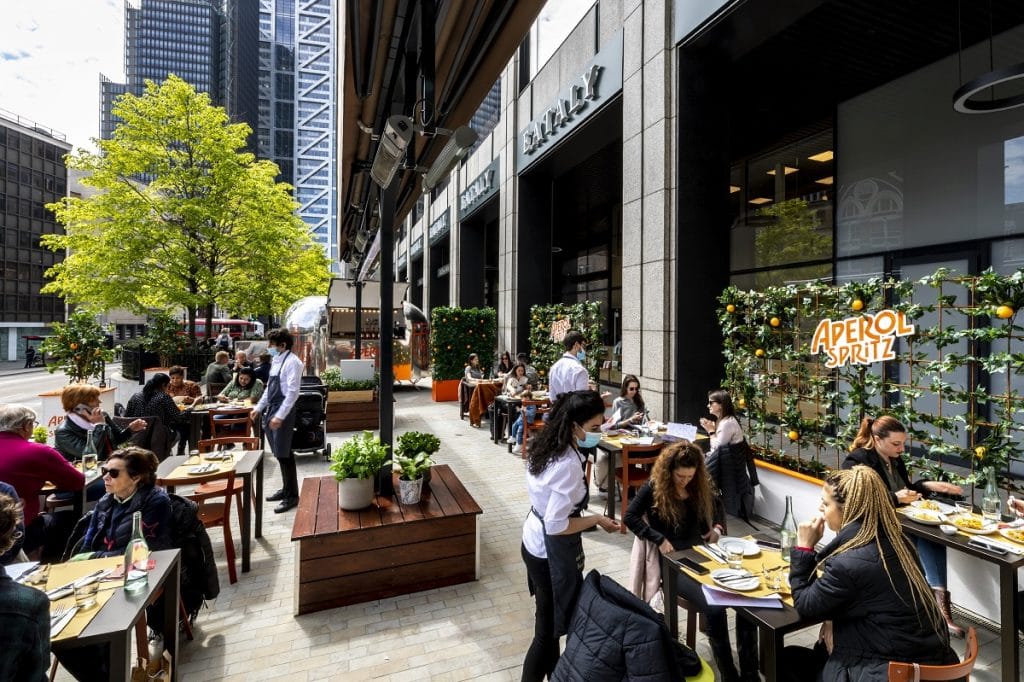 For those of you who are kitchen-averse, worry not – you’ll be able to take cooking classes in their kitchen workshops, and three sit-down restaurants are also part of the bargain. Cucina del Mercato and Pasta a Pizza have already launched, with the third, a fine dining spot called Terra, expected to arrive in September 2021. 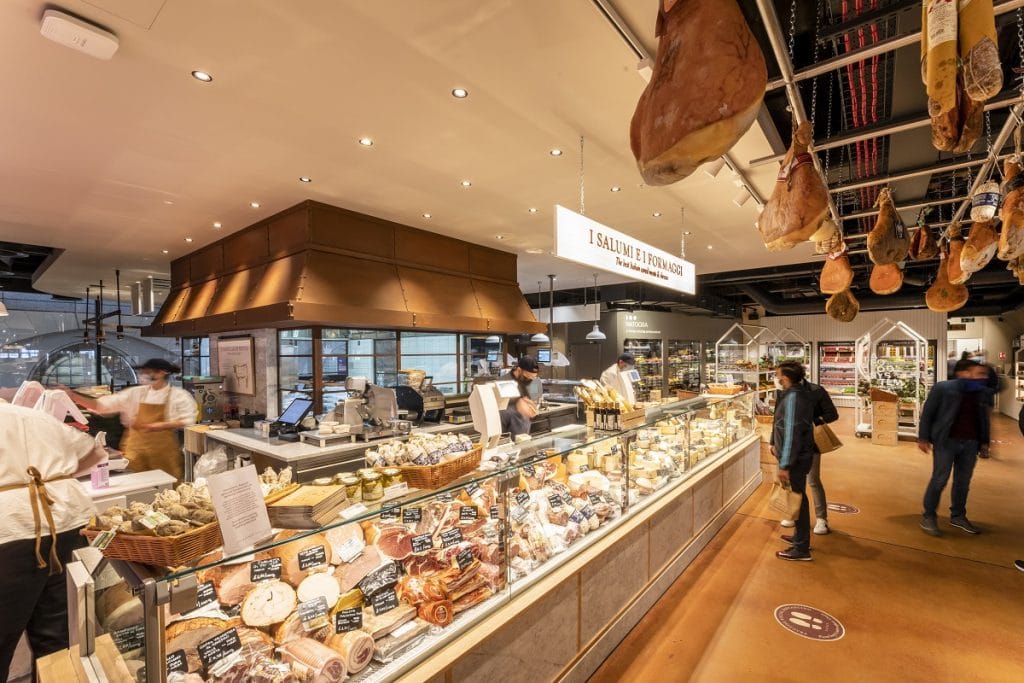 The London outpost is a whopping 42,000 square feet and can be found on Broadgate, a stone’s throw away from Liverpool Street station. That’s room for a lot of pasta – but still probably not enough for us, TBH!

Hungry for more? Check out these 9 delicious London delis for brilliant produce.

How To Host The Perfect Party With Tanqueray Gin Cocktails, Canapés & Festive Decor