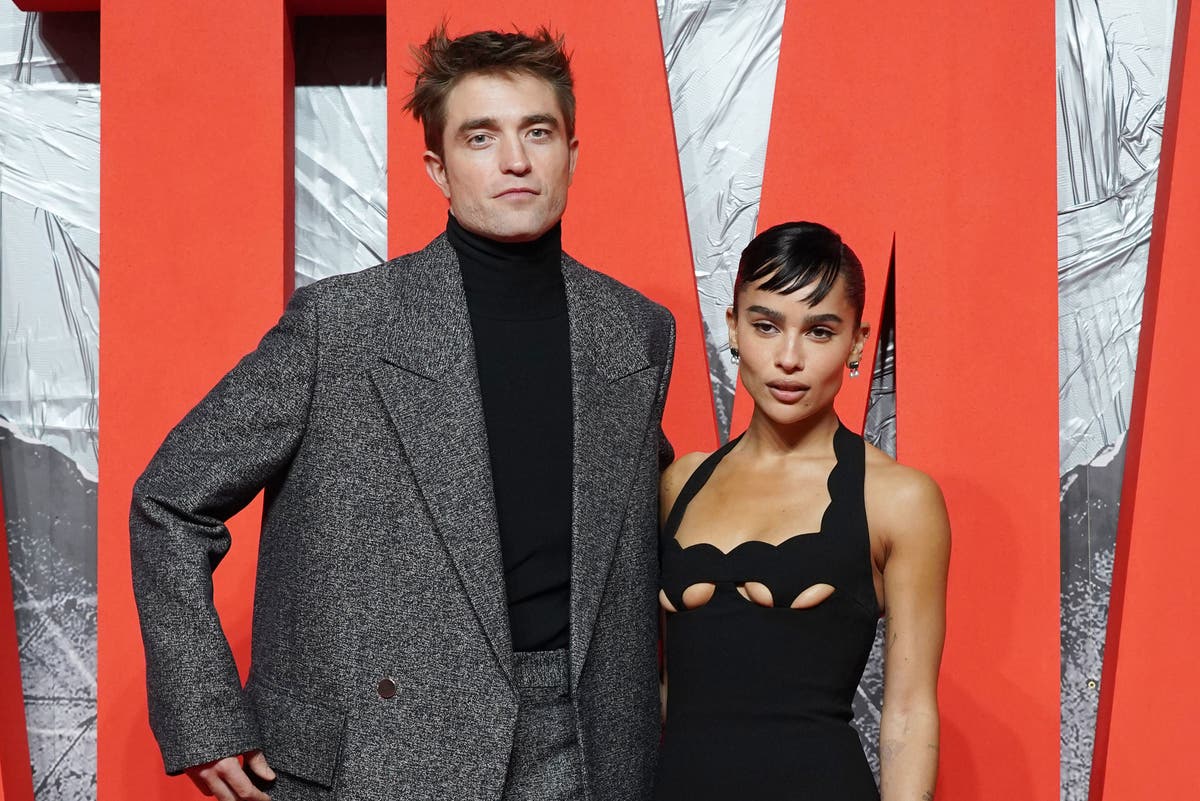 The actress, 33, who plays Catwoman, walked the red carpet in a stunning cut-out gown which showed off her elegant figure.

Zoe showed off her natural complexion with her hair worn back and flicked eyeliner to complete the look.

Meanwhile, Robert, 35, wore an oversized grey blazer with matching trousers to the special screening of the movie, in which he plays Batman.

He paired the outfit with a black turtleneck on the red carpet.

Zoe and Bruce Wayne actor Robert were in high spirits as they posed for photographers, both individually and for joint snaps, as well as with the rest of the cast.

The co-stars shared a laugh and chatted on the red carpet, linking arms as they moved through the venue.

The film is set to be the longest film in the franchise ever, at nearly three hours long.

The hotly-anticipated is said to have a duration of two hours and 55 minutes, including eight minutes of credits, according to The Hollywood Reporter.

Insiders at Warner Bros. confirmed the runtime to the publication last month, making it the longest running solo Batman film so far.

The Batman will be released in cinemas on March 4.

The film is the latest in the DC Comics franchise.

Zoe Kravitz is playing the role of Catwoman, which hs previously been played by Michelle Pfeiffer and Anne Hathaway.

The former star of The Twilight Saga was officially cast as Batman in May 2019, following the departure of Ben Affleck.