Properties for Sale and Rent in East Central London

East Central London may be better known as the creative hub and corporate stronghold of the City, but it’s an appealing residential location too. This is the historic heart of London, and lays claim to some of the Capital's most exciting property.

With more creative businesses and architects per square mile than anywhere else in the world, this area’s artistic hum is loudest in Clerkenwell, evidenced in the annual Clerkenwell Design Week. Here you'll find a maze of 17th century streets around Smithfield Market, historic social housing around Lever Street, the oldest Italian deli in the UK and Moorfields Eye Hospital. Dotted around are small garden squares crammed with locals enjoying lunch al fresco, most likely bought from one of the area’s street markets.

To relax, they make for the 1930s Turkish City of Londons at Ironmonger Row. The area’s cultural prowess strengthens as you head towards Europe’s largest multi arts venue, the Barbican Centre, which opened in 1982. Home to the London Symphony Orchestra, the Grade II listed complex hosts a variety of musical, theatre, dance and other creative events, and is one of London’s finest examples of Brutalist architecture. Yet the Barbican is more than just exhibitions - its buildings are also home to beautiful flats, many with extraordinary views across the Capital.

Otherwise known as the Square Mile, this is the historic heart of London, and is rich in tales of both disaster and success. In 1666 the Great Fire of London broke out on Pudding Lane near today’s Monument Tube station, named for the neighbouring column that commemorates the fire. The blaze destroyed much of the surrounding area, including St Paul’s Cathedral, which was then rebuilt by Sir Christopher Wren and is now one of the Capital’s most iconic landmarks. Standing alongside the cathedral lies Mansion House, an imposing 18th century Palladian building designed to provide a permanent residence in the City for its Lord Mayors.

Somewhat out of place, these buildings stand between busy roads and office blocks, and the simple houses and shops of the 17th century have made way for high end residential property. Most locals here live in contemporary apartments overlooking the City, with riverside properties at a premium.

Renting property for the first time as a young professional in London can be a daunting task and if you’re looking for flats and houses to rent in East Central London (as thousands do each year), it can seem like a lot of work just to narrow down an area! The city is huge and the pressure of finding a rental quickly has reduced many a would-be-Londoner to tears. If you’re new in East Central London don’t forget to check out the best places to live in London and coolest places to live in London!

Covering an enormous area, East London is a vibrant and culturally interesting district which is well on the way to being the fastest growing destination in the capital city. Home to many of the Olympic 2012 venues and events, the area is benefiting from redevelopment and renewed interest from buyers.

Property in East London is as diverse as the population - waterside apartments, studio flats, terraced houses and traditional semis are all plentiful. House prices in East London vary too, depending on exact location and size of the dwelling, but average prices for the seven London boroughs that make up East London tend to be at the cheaper end of the price spectrum across the capital.

East London is a city within a city - constantly growing and developing, it is an exciting and stimulating place to live. With a diverse range of properties on the market, there is something for everyone.

From loft-living, luxury apartments and old warehouse conversions to period buildings and Georgian town houses, property agents has every kind of home covered. What's more, their team of local experts looks after a wide area, including the City, Barbican, Finsbury and Farringdon. So whether you're looking to buy, sell, rent or let, we're sure to be able to help you find what you're looking for at property agents.

They're dedicated to making sure that they're available wherever house hunters are, and whenever they need, which is why they have mobile apps available for all major platforms. Their advanced search tools are available via their desktop and mobile website and their mobile Apps for iOS, Android and Windows. 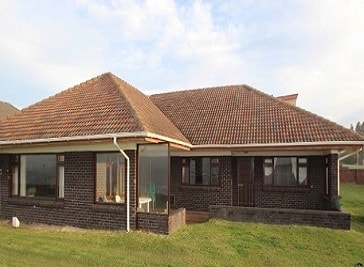 PrimeLocation.com is one of the UK's leading property websites, focussed on helping house-hunters in the middle and upper tiers of the market find their next home with listings advertised by most of the top estate and letting agents across the UK. At PrimeLocation.com everything they do is aimed at providing an effective medium for users looking to buy, sell, rent or let quality properties, both in the UK and overseas.

East Central is a residential development near the Old Street roundabout in London EC1. The 35 luxury one, two and three bed apartments, duplexes and penthouses of East Central sit between three of London's best loved neighbourhoods - Shoreditch, Islington and Clerkenwell. This enviable location is incredibly convenient, both for commuting and for making the most of everything the capital has to offer at weekends and in the evening. Boutique cinemas, cutting edge clothing brands, cozy pubs and neighbourhood delis sit alongside an unbeatable selection of convenience amenities, such as supermarkets and transport connections, as well as entertainment that ranges from bars and restaurants to green spaces and events venues. East Central has been designed to reflect the vibrant and good looking areas that surround it with a thoroughly contemporary appearance that incorporates features like stone facades and glass columns. 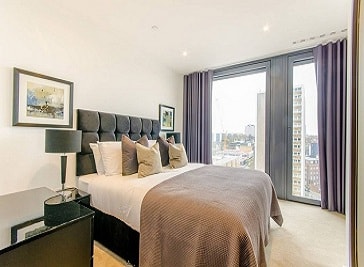 They have been at the heart of London property since 1977. Philip King and Lee Watts co-founded Kinleigh as a specialist property management company and it has grown into one of the Capital’s most successful property services groups. With a team of over 700 staff and a network of more than 55 branches across the Capital, the business has diversified to provide a comprehensive range of property services.